The evil Huawei? We have no proof yet 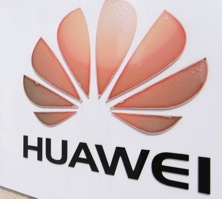 The imbroglio that erupted earlier this week over Chinese telecommunications equipment maker Huawai is really quite funny. No really, it’s funny—and not at all scary, as some supposed experts would have us believe.

The company is being shut out of deals in the U.S. on fears that it may enable Chinese spying on Americans and the U.S. government. Security experts are also warning that Canada faces the same threat, given that Huawei has supplied a number of telecom companies here—including Telus, Bell, SaskTel and Wind—with their network equipment.

In fact, it looks like the Canadian government is strongly considering banning Huawei from bidding on national projects too, which only heightens the absurdity. Just about every phone and computer used in North America is made in China—should we start considering whether those too are bugged?

The fear-mongering is having its expected effect, with readers over on CBC predictably freaking out over the potential threat.

The problem is, there’s little proof of said threat while the fears themselves are totally bereft of logic.

The problem, U.S. officials have found, is that Huawei and ZTE—another Chinese telecom gear company under investigation—are privately owned and potentially susceptible to their government’s influence. Yet, as ZTE’s spokesperson put it, that standard “would apply to any company operating in China.”

The Permanent Select Committee’s report on Huawei and ZTE is here (links to PDF). It’s unsurprisingly heavy on rhetoric, light on substance, and could in fact be written by any country’s government about any telecom gear company. The U.S. is happy to do business with every other Chinese company, including those that make just about every material good bought by Americans, but not telecom equipment.

Might this be because American telecom gear makers such as Cisco and Juniper are having a tough time competing against their lower-cost Chinese rivals? The Huawei ban sure has the stink of protectionism to it.

More to the point, should any American or Canadian really be worried about the Chinese government reading their emails and other information? What can China really do to us that our own governments can’t do much more readily?

In the case of industrial espionage, the Chinese government is widely believed to have supported hacking attempts on the likes of Google and Nortel. But really, government hackers hardly have to go through the trouble of gleaning information from networks in North America when they can just drop in on all those Western-sponsored factories located on their own soil.

The most extreme critics are worried about things going to the next level, where China could use Huawei-built networks in North America to engage in a Call of Duty: Black Ops 2 cyberwar scenario, taking over military drones and causing mass destruction.

Yup. Never mind that the Chinese and U.S. economies are joined at the hip, symbiotically dependent on one another. If one country so much as sneezes at the other, the world can go into recession. That’s why, despite all the rhetoric, trade ties between the two continue to get stronger and deeper.

Besides, if China really wanted to mess up the U.S., wouldn’t it just withdraw some of the $1 trillion of debt it holds? Never mind telecom networks—that would really throw the country into chaos. It ain’t going to happen, though, according to the Pentagon.