The Internet is too important for free-market economics

No, you can't defend broadband caps by talking about the airline industry 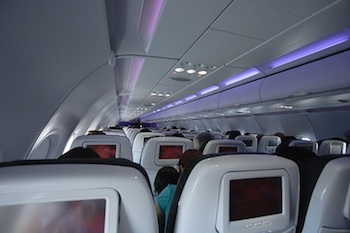 An op-ed piece on broadband caps over on Ars Technica caught my attention over the weekend. In it, Technology Policy Institute vice-president and senior fellow Scott Wallsten argued that caps aren’t perfect, but that’s okay.

Wallsten wrote that the arguments against broadband usage caps–based as they are on the fact that data is incredibly cheap and continually dropping in price–are fallacious because they don’t take into account basic economic principles. He argued:

“The critiques miss the key point: in industries with high fixed costs and low marginal costs, aside from congestion, efficient pricing has little to do with marginal costs. Pricing at marginal cost in such industries cannot produce sufficient revenues to cover costs. Instead, efficiency in these industries requires spreading the fixed costs over as broad a customer base as possible. Efficient pricing will, in general, charge users with high demand more than users with low demand even if those users impose no additional costs on the network.”

In other words, the ability to charge some customers more and others less is what keeps prices low overall. Wallsten compares broadband to airlines, which not only charge passengers differently based on the class of ticket they’re buying, but also depending on when they make their purchase. If you unexpectedly have to hop on a plane tomorrow, for example, your need is much greater than somebody who leisurely bought their ticket for a vacation a few months ago, so the airline can charge you more.

Applied to broadband, somebody who needs faster speeds or more monthly usage should be prepared to pay more, he says. Critics of caps should therefore “think twice before making it harder to experiment with pricing models. Heeding their criticism too quickly may well harm the very people—in particular, poor communities who have yet to adopt broadband—who public policy now aims to help.”

Wallsten’s economic logic isn’t entirely unsound, but it does fail to take into account several factors. One is the obvious comparison issue–everyone has their favourite analogy for broadband, from highways to eating too many potatoes at a buffet. But really, there is no exact way to compare Internet access to other services because it is completely in a league of its own.

As far as air travel is concerned, prices are mainly kept down by the fact that consumers generally have many service providers to choose from–not just in terms of airlines, but also other methods of travel. For trips that don’t cross the ocean, travelers can also opt to go by car, bus or train, each offering its own price-to-value variations.

With broadband Internet, however, most North American consumers only have two options: a cable company and a phone provider. Wireless is improving and might some day offer a third option, but not until usage limits get significantly up over the few gigs many providers are offering today. With carriers complaining about spectrum shortages and shrinking usage limits overall, that’s not likely to happen any time soon. So in the meantime, consumers have no choice but to accept prices hikes, which usually happen in lockstep between the two available service providers.

The larger socio-economic issue, however, is that Internet connectivity cannot–and should not–be considered a simple product or service like everything else. It has, in fact, a higher or nobler purpose in that it is possibly the most democratizing and equalizing technological tool ever invented, along with the printing press and electricity. The Internet allows the lowest of the low to rise above their station, whether it’s social, economic or political. Allowing broadband to drift casually on the waves of the free market is therefore a bad idea, at least for any jurisdiction that values things like social and economic equality and mobility.

It’s clear then, that the nations of the world are dividing into three camps:

The Progressives: Some governments and authorities have identified the Internet’s importance to social, economic and cultural growth and have taken either direct or indirect steps to promote or protect it. Finland has led the way by enshrining broadband access as a legal right, while the United Nations has made a similar declaration. Other governments, such as those in Australia and New Zealand, have decided that broadband access and development is much too important to leave it to the private sector, so they’re investing billions to build their own networks.

The Repressives: At the other end of the spectrum are countries that are not at all interested in empowering their people. The list includes the usual suspects who routinely censor and restrict their citizens’ Internet rights, such as China, North Korea, Cuba, Syria, but also those governments that are allowing entertainment companies to bully them into adopting oppressive laws. The UN has singled out France and the United Kingdom for legislation that threatens to cut people off for swapping copyrighted files. Interestingly, while Australia has adopted a progressive stance on infrastructure, it has recently been quite repressive in trying to institute similar copyright provisions.

The Clueless: Caught somewhere in between are the countries, such as the United States and Canada, that are allowing the free market to determine where the Internet will go. While things arguably haven’t gone too badly so far, there are mounting factors such as vertical integration, subtle net neutrality violations and attempts by copyright lobbyists that are swinging the pendulum closer to the Repressive side of the spectrum. With all these free-market-based threats piling up on top of the continued limited choice as far as access is concerned, it’s hard to remain optimistic about the Internet remaining the free and open equalizing force it has been so far.

Numerous studies have been done to try and measure the effects of freedom on economic prosperity. Obviously, it’s difficult to find any that conclude anything but positive effects – this one here, done a decade ago, found that besides oil-producing countries, “the average value of economic freedom has a strong relationship with per capita GDP.”

Applied to the internet, it seems clear that those countries that are adopting progressive attitudes toward online access and governance are more likely to reap its future economic and social benefits, while those that restrict it–or are drifting towards limiting it by giving free reign to the free market–are likely to miss out.