The laziest gadgets at the Consumer Electronics Show 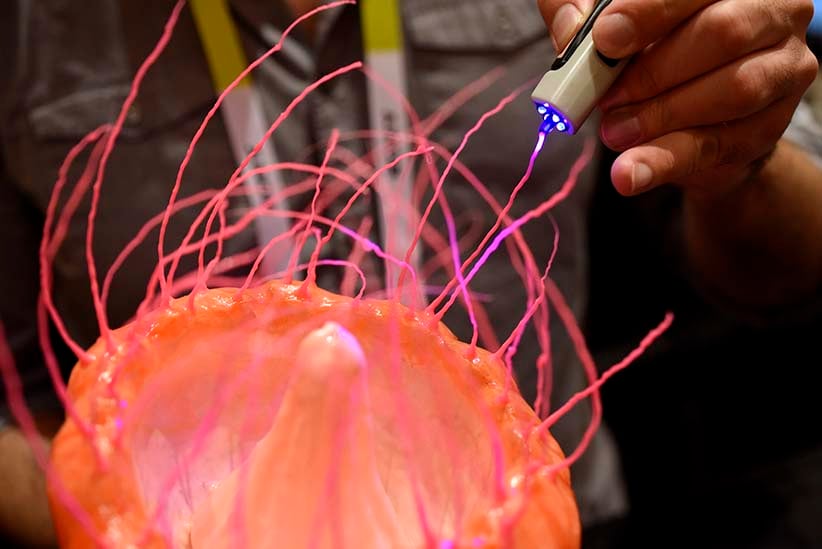 An exhibitor demonstrates a 3D drawing pen during ShowStoppers at the 2016 Consumer Electronics Show (CES) in Las Vegas, Nevada, U.S., on Wednesday, Jan. 6, 2016. CES is expected to bring a range of announcements from major names in tech showcasing new developments in virtual reality, self-driving cars, drones, wearables, and the Internet of Things. (David Paul Morris/Bloomberg/Getty Images)

It’s not that Scott Feschuk is lazy, it’s just that he wants his life to be a little bit easier. When our columnist immersed himself in the Consumer Electronics Show, Feschuk kept an eye out for the robots, apps and widgets that promised to empower us to let go just a little bit. Learn more about what he found in the videos below.

The app that opens your garage door

The robot that serves you coffee

The app that points out your dry skin

The belt that stimulates your muscles

The robot that hangs out with your kid