The Liberals jump on the cellphone airwaves bandwagon

Once consumers embraced the idea of a set-aside, politicians followed suit 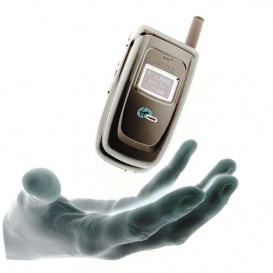 Ah, political opportunism–so easy to see, so disappointing to witness.

No sooner did Open Media start a petition for better wireless competition than the Liberals jumped in. The activist group’s latest effort, called Stop the Cellphone Squeeze, is urging the federal government to set aside spectrum licenses in an upcoming auction for new wireless companies. In plain English, they want big players Bell, Rogers and Telus barred from bidding on a certain portion of the airwaves that are necessary for cellphones to work.

As of this past weekend, the petition had amassed more than 35,000 signatures.  Industry Minister Christian Paradis has said the rules for the auction will be unveiled “soon.”

Liberal Industry critic Geoff Regan quickly jumped in to support the petition with an open letter on his website. To address Canada’s high wireless prices, “a reasonable amount of spectrum space should be set aside for any small or new entrants who wish to bid on a section of the 700 MHz bandwidth,” he writes.

That’s all well and good, it’s just too bad it directly contravenes the Liberals’ position in the previous spectrum auction. At the time, Industry Critic Scott Brison said: “there’s no proof [a set-aside] will lead to lower prices,” adding that the special rules would result in a $200-million dollar windfall for new cellphone carriers. He gleaned that number directly from lobbying supplied by incumbents.

What’s changed? Well, given how effective Open Media was in spurring opposition to usage-based Internet billing last year–it put together a petition with half-a-million signatures–it’s clear the advocacy group now has some clout with politicians. All things considered, it’s good that elected officials are listening to the people rather than corporate lobbyists.

The reality is that a set-aside is the only way to go. Wind Mobile, Mobilicity and Public Mobile exist only but for the grace of the government and the set-aside it gave them in the 2008 auction. Without similar rules in the upcoming auction, the big three will have every incentive to spend as much as possible to ensure the new players don’t get any of the necessary licenses. The government has made its bed and must now lie in it.

Telus supports a different auction approach–spectrum caps, which would limit the amount of airwaves that any single player can purchase.

It’s a patently bad idea for several reasons. Depending on how the rules are set up, incumbents could strategically buy up spectrum in the areas where new entrants need it the most, such as in major cities. Such an approach would effectively achieve the same results as having a wide-open auction.

Caps also open the door to the possibility of auction participants carving up their needs amongst themselves before the sale starts, thereby saving themselves a ton of money and depriving public coffers. Is this sort of thing likely? Well, seen how supposedly bitter rivals were willing to make joint purchases of hockey teams, or secretly agreed to divide and conquer, it may very well be.

The lifting of foreign ownership restrictions in conjunction with the auction, in one way or another, also seems like the only way to go. Even with a spectrum set-aside, the smaller players are too under-resourced to properly compete against the big three. Without access to foreign capital, one or more will inevitably go under. The spectrum auction could possibly even bankrupt them, especially if it’s a wide-open affair like the incumbents want.

It’s possible the government could opt to remove foreign ownership restrictions and thereby grant access to capital to smaller players. Big international companies such as AT&T or Vodafone could swoop in and buy the likes of Mobilicity or Public Mobile, then compete on even footing against the big three in an open auction. But that’s a very big “maybe.”

That’s why petition or no petition, a set-aside for new entrants with the removal of foreign ownership restrictions–at least on smaller companies–is the only logical path open ahead of the government. Anything else is likely to spell doom for the seeds of wireless competition we now have.