The myth of tech-savvy kids 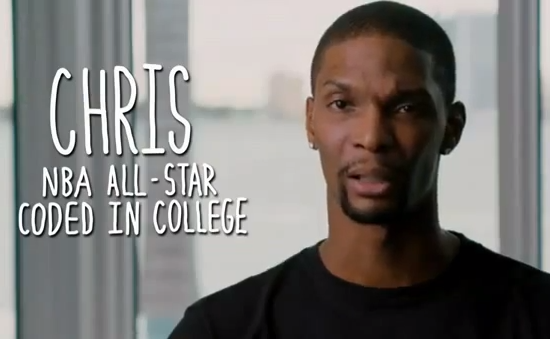 So goes one of the world’s most popular myths. Kids may have an irresistible attraction to interactive screens and an uncanny ability to figure out how to play games and use apps, but when it comes to the code that makes these things work, most kids are totally ignorant. In fact, they are the most technologically illiterate generation of computer-using kids yet. Older, dumber computers forced their users to be smarter. Having to enter commands into an MS-DOS prompt meant speaking to computers in their own cryptic language, which forced us to learn how these machines think. Today’s kids are brought up on user-friendly, idiot-proof devices that don’t even require the know-how to to replace the batteries. The result is a generation of kids who are as reliant on technology as they are mystified by it.

“Given how pervasive computers and the Internet are now and how integral they are in our economy and how fascinated kids are with them, I want to make sure they know how to actually produce stuff using a computer and not simply consume stuff.”

The urgency around learning code is increasing, and an all-star crew of tech titans and celebrities have teamed up to push the message directly to kids through Code.Org, a non-profit dedicated to improving the dreadful reality that only 10 per cent of schools bother to even offer coding class. Here’s their mandatory inspirational video, complete with celebs:

This pro-programming propaganda is very nice and well-intended, but I’d suggest that they’re gilding the lily. Not everyone who learns to code will become a coder and create programs. Not everyone should. Obama’s desire to make sure kids know how to “produce stuff” with code is overly ambitious and unrealistic. I can’t build a light bulb–I can barely change one. But I do have a basic understanding of what electricity is and how it works.  Anyone living in our society and lacking this, I hope we’ll agree, is dangerously ignorant, helpless and vulnerable, existing in a world that might as well be illuminated by magical fairies.

Similarly, to walk the earth ignorant of what computers really are and how they work is unacceptable. I’m hopeful for a time when computer literacy is compulsory at the grade school level, taught alongside reading, writing, adding and subtracting as part of a basic literacy skill set.

Understanding technology doesn’t make you a wizard, it’s just part of being an informed citizen.