There’s millions in those Minecraft blocks

From the archives: Minecraft, sold to Microsoft today, isn’t just a game. It’s a community and, for some players, a great living 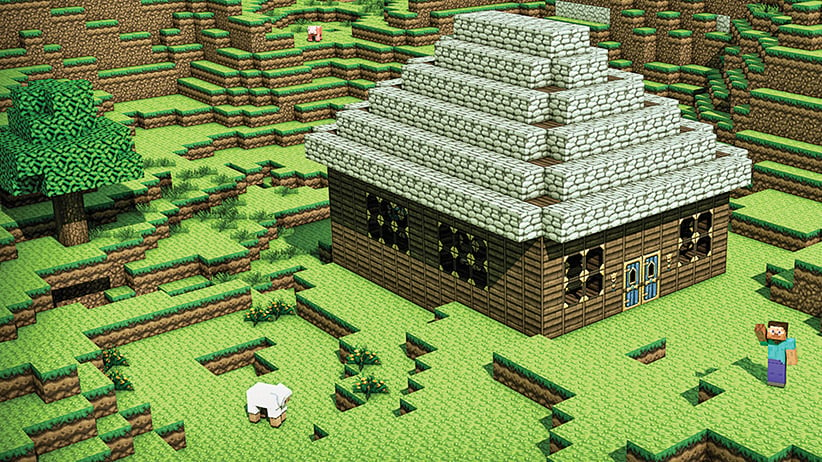 Microsoft announced that it would purchase Minecraft makers Mojang for $2.5-billion US. We examined the Minecraft craze in July with this story.

When Markus Persson created Minecraft in 2009, he did it as a side project that he hoped would earn him enough money in the short term to allow him to design games for a long time. Little did he know that five years later, it would grow to sell 35 million copies, with nearly 100 million players worldwide, spawning a subculture including YouTube stars, and far surpassing popular games like New Super Mario Bros Wii (which launched in the same year, and as of March had sold 28.6 million copies). While its success is attributed to multiple factors—nostalgic graphics, endless creative possibilities—the social community it has sparked may be the biggest.

Minecraft is neither aesthetically polished nor wholly original. Its graphics are rudimentary, albeit charmingly old-school; comparisons are often drawn to Lego. Its appeal is that building-block platform, which allows users to play in one of two modes—Creation, where you make buildings and cities, or Survival, where you explore and fight off enemies. These modes make it attractive to gamers who love to create infinite worlds, and those who like hunting monsters. A parental bonus is that kids, while in Creation mode, aren’t engaged in any violence. Remarkably, despite the game having no discernable end or goal, players both young and old can’t seem to get enough of it.

“There are multitudes of different varieties of worlds that are possible to play in,” says Alex Leavitt, a Ph.D. candidate at the University of Southern California, who has studied the popularity and production of Minecraft. “The community also adds modifications that allow features from other games to be brought in, so players don’t get bored.” Crossbreeding Minecraft with a Star Wars mod, for example, allows a player to travel through the desert or build the Death Star.

The game has “shown the power involved in not filling your product with content,” says Daniel Goldberg, co-author of Minecraft: The Unlikely Tale of Markus “Notch” Persson and the Game that Changed Everything. “It actually has more in common with social media outlets like Facebook or Twitter than it does with other video games.” Experts credit the oft-cited social aspect for its appeal.“If you give people a game where they can literally build worlds, they’ll tell a million stories,” says Luke Plunkett of the gaming blog Kotaku. For some, those stories have translated into a living. Joseph Garrett, a 23-year-old recent university grad in Portsmouth, England—whose Minecraft YouTube channel, Stampylonghead, gets five million hits a day, more than One Direction and Justin Bieber—has been able to quit his day job and make Minecraft videos full-time.

The absurd popularity of Minecraft game-play videos is an anomaly even in the gaming world. Other popular players like Adam Dahlberg, a.k.a. SkyDoesMinecraft, and Mitch Hughes, “the Bajan Canadian,” both earn from $200,000 to $2 million yearly for their game-play videos, commentary and, in the latter’s case, parodies such as a Minecraft-designed Hunger Games spoof. Kurt J. Mac has added an altruistic aspect by raising money for Child’s Play, a non-profit that provides toys and books to hospitalized children. Mac’s video series, called Far Lands or Bust!, tracks his journey to the game’s “far lands,” an area at the edge of Minecraft’s seemingly infinite world where the terrain becomes distorted. “I started by making normal YouTube videos but I got bored pretty soon,” he says. “Notch had mentioned the ‘far lands’ and that no one had ever walked there, so I decided to try to do that. I made the connection [that it’s] kind of like a walkathon, and I decided to start raising money.” He’s raised over $180,000. Three years in, Mac has quit his job as a web designer and lives off ad revenues.

At the end of the day, what players connect with is a feeling of belonging to a world inhabited by people who share in the wonder of creation. “Minecraft is a story about the way modern technology and the Internet have affected creativity and what it means to be an artist,” Goldberg says. With 100 million pairs of eyes watching, it’s bound to flourish for a while to come.