This is our future: All the world's gadgets fill a massive trade show

Let me take you around the floor of CES 2016, the Las Vegas trade show that offers an annual celebration of innovation and a great place to go if you want to see the next generation of successful gadgets and failed dreams. 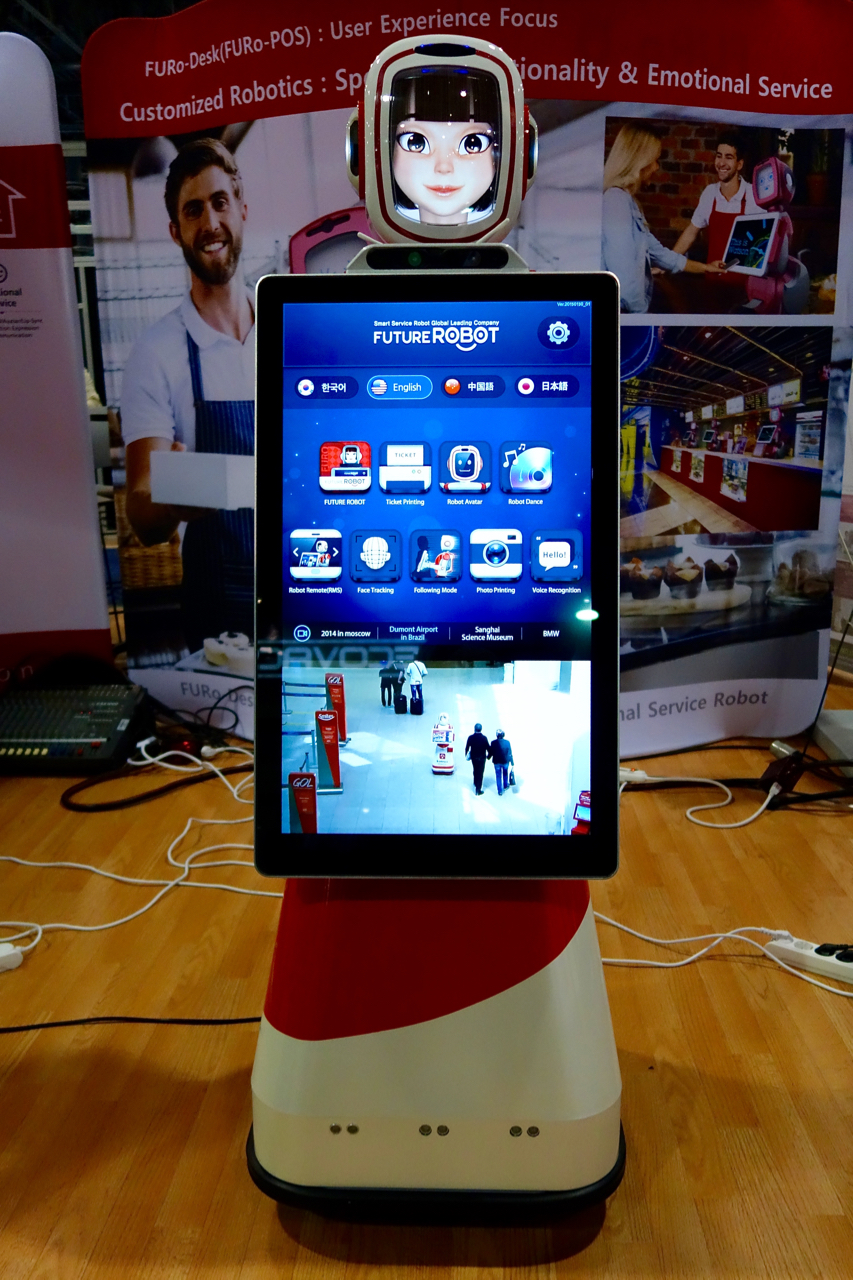 This is the Furo-D Service Robot, which is described as a “24-hour, 365-day User-Friendly Service Human-Robot Emotional Interaction Multifunctional Intelligent Service.” When I spoke to it, it did not understand me. When the guy in the booth switched it into Following Mode, it followed me for about one metre, then veered off and almost ran over a lady. If nothing else, this reassuringly suggests that Skynet still has some work to do. 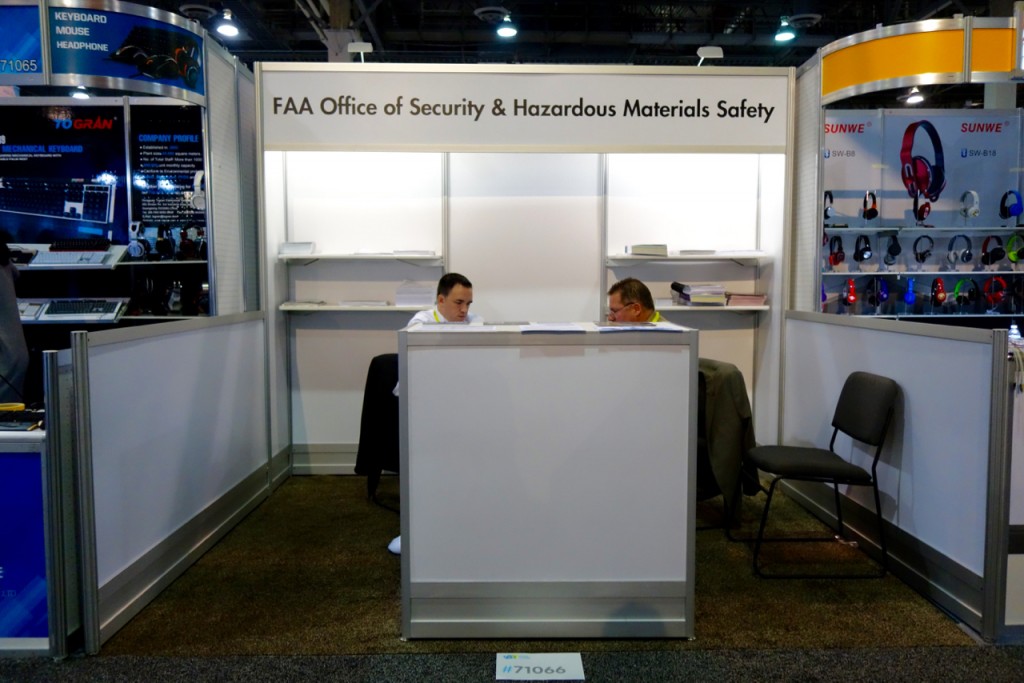 Things got pretty crazy at the FAA Office of Security and Hazardous Materials Safety booth. During the five minutes I stood here, I personally witnessed a man slow down, stop, consider taking a flyer and then decide, nope, time to move on. What a roller coaster ride! A full morning for the FAA booth guys. 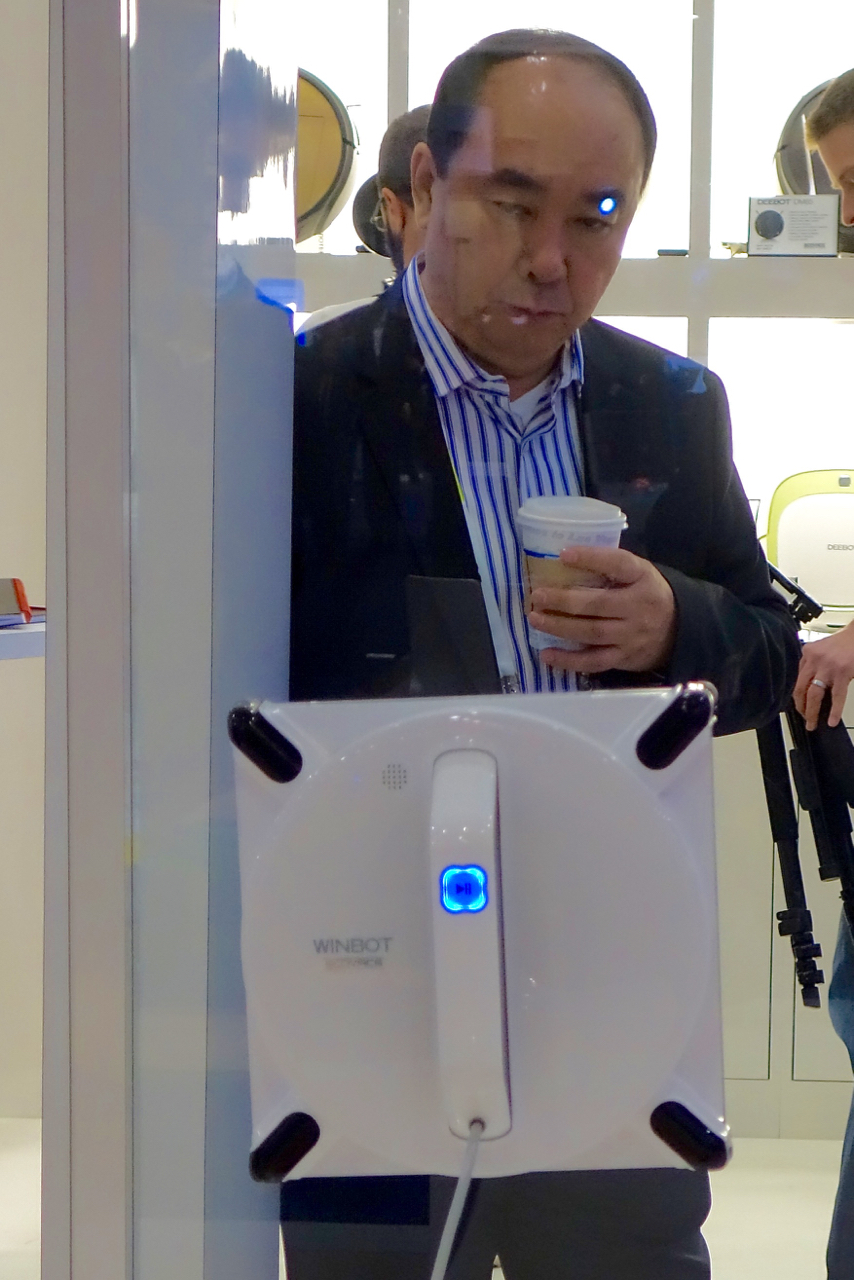 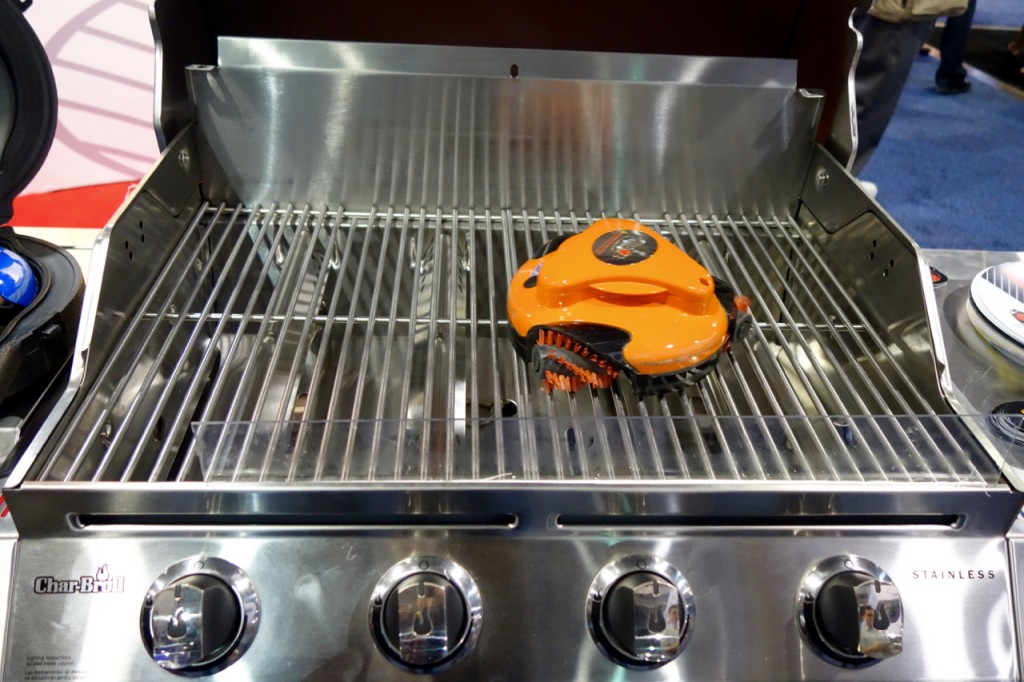 This is a robot that cleans your barbecue grill, a simple task that used to take seconds but now, thanks to technology, takes longer and costs more! 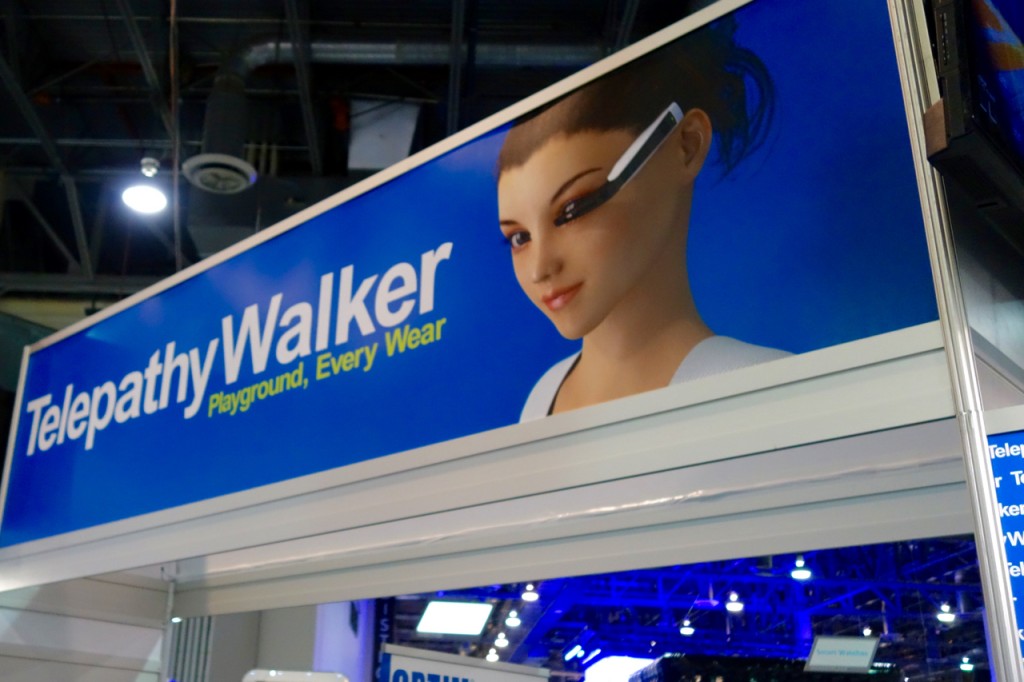 I have no idea what this product is. None. I stared at the sign for a good 45 seconds and, nope, nothing. None of the words and images seem to make sense together, or even on their own. I considered asking someone what TelepathyWalker does—but we live in a time of vast and immediate knowledge and there’s something to be said for the pleasures of mystery and a lack of closure. I’ll solve you yet, TelepathyWalker. 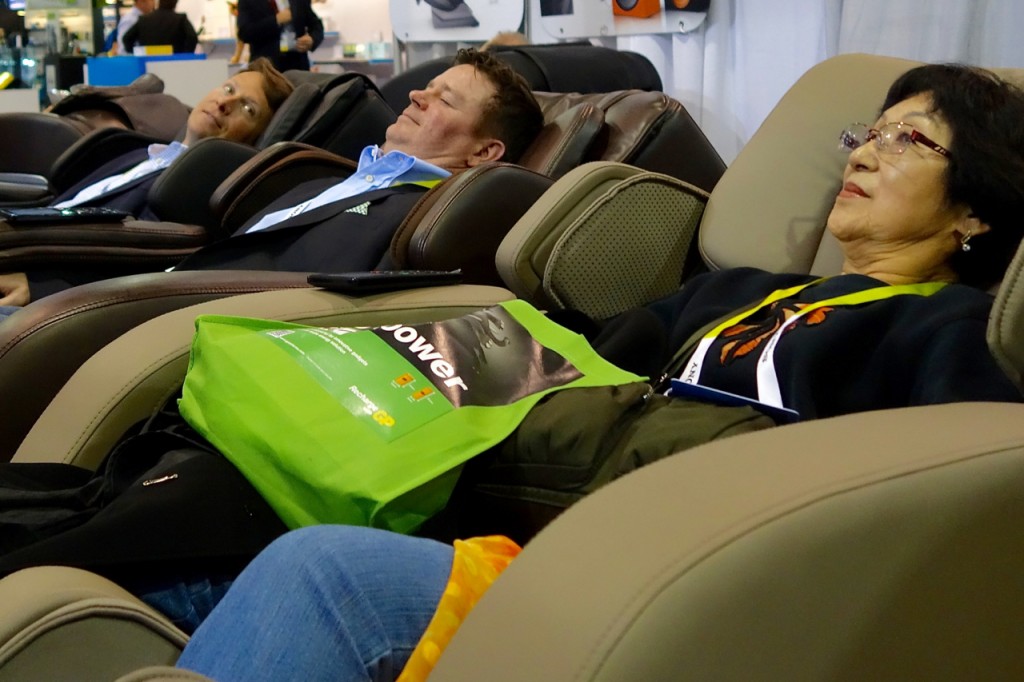 These massage chairs are the best. THE BEST. They cost eight grand and I never wanted to get up. It got a little awkward. The company guy started joking that, hey, if you don’t get up you’re going to miss the rest of CES. And I said something casual and cheeky in response, like, “Cram your mouth hole and turn the chair back on!” The chair massaged my back, my feet, my hands – sweet Jesus, it even massaged my ass. That guy with his eyes closed is in my chair. GET OUT OF MY ASS-KNEADING CHAIR, BUDDY. 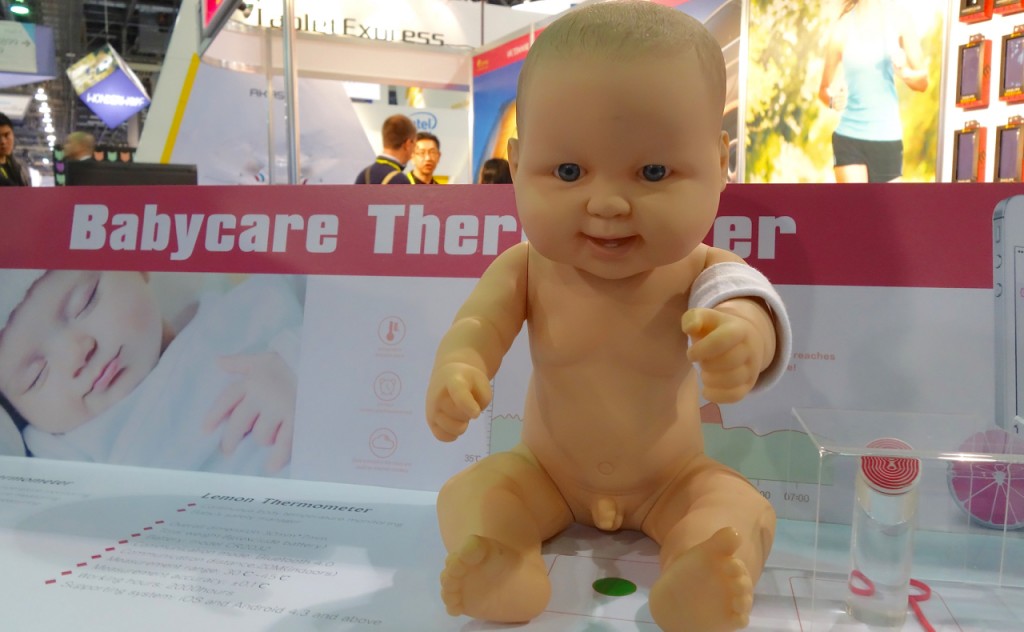 Listen, I get that the focus here is on the high-tech armband that allows you to constantly monitor the temperature of your sick infant. But I was not prepared for full frontal. 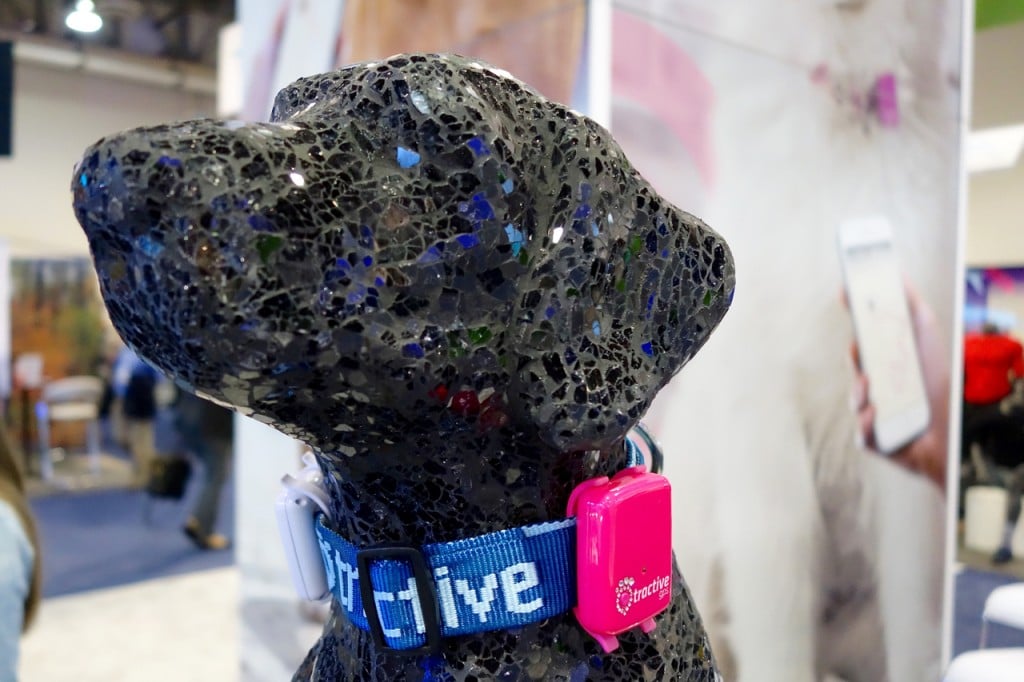 I’m not sure a canine fitness tracker is this dog’s top priority right now. It seems like he’s more in need of moisturizer. 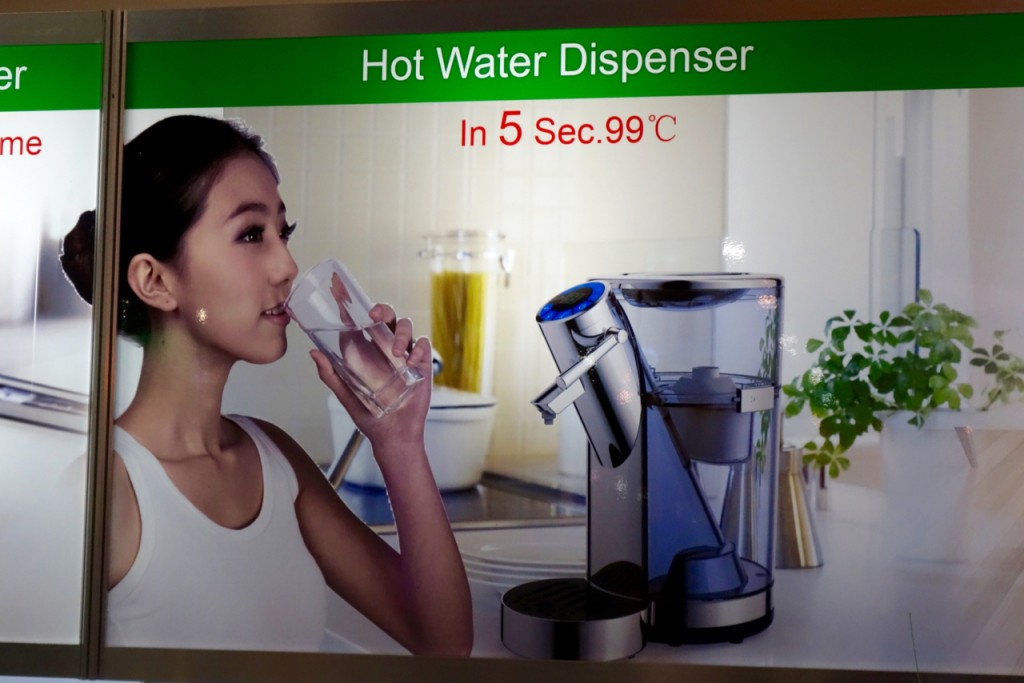 You know how we’ve all been yearning for a speedier way to prepare a glass of refreshing, boiling-hot drinking water? Science has finally come through for us, guys! 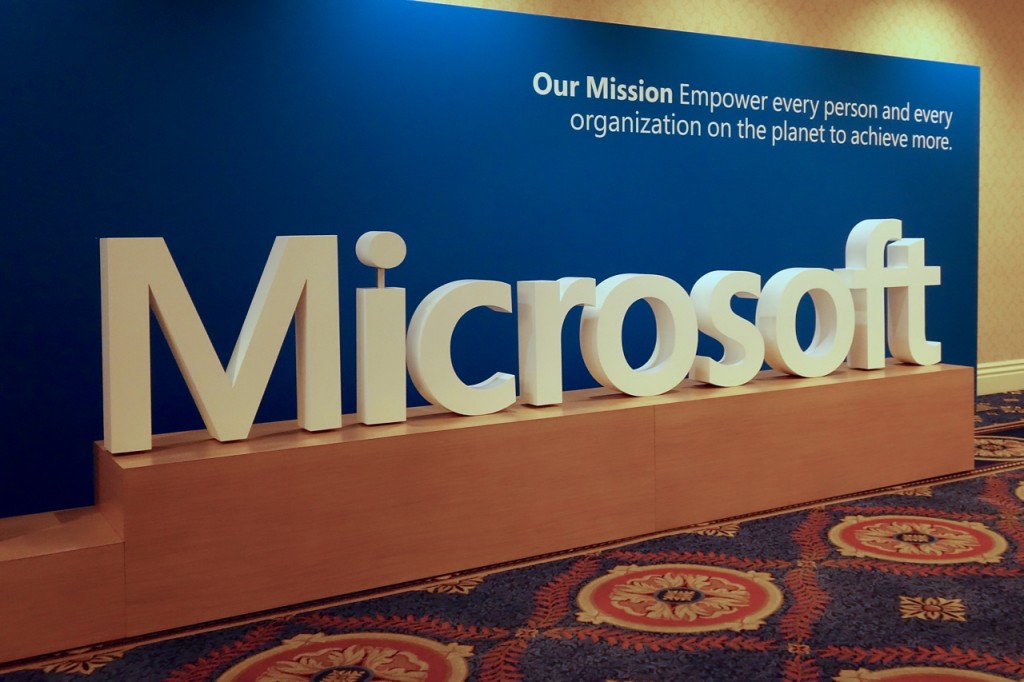 You want to maybe take it down just a notch, Microsoft? Hey, you—you over there not currently achieving more: WE SAID EVERYONE! 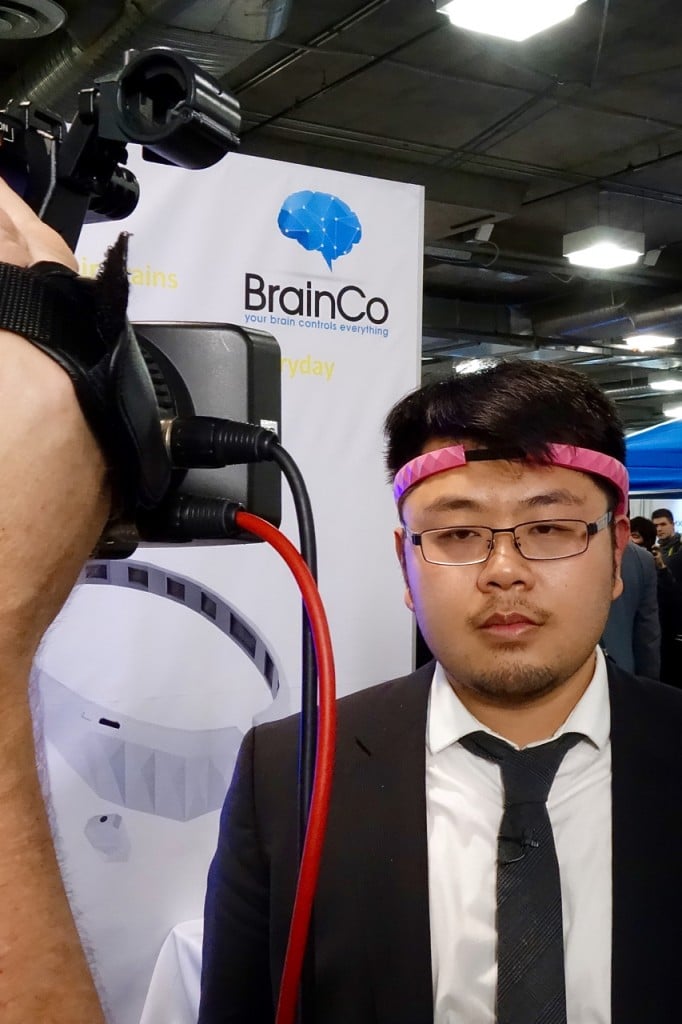 This headband apparently empowers the wearer to complete various household tasks using only their thoughts. Implausible? Yes. Impossible? Yes. This fellow sensed my skepticism. He pulled out a phone and showed me the BrainCo. app. “See, this shows my brain index,” he said, pointing to the screen. The numbers flashed by quickly: 45, 27, 38, 42 and then, finally: 0. He tapped the screen and it stayed stuck on zero. “That can’t be right,” he said, removing the headband. 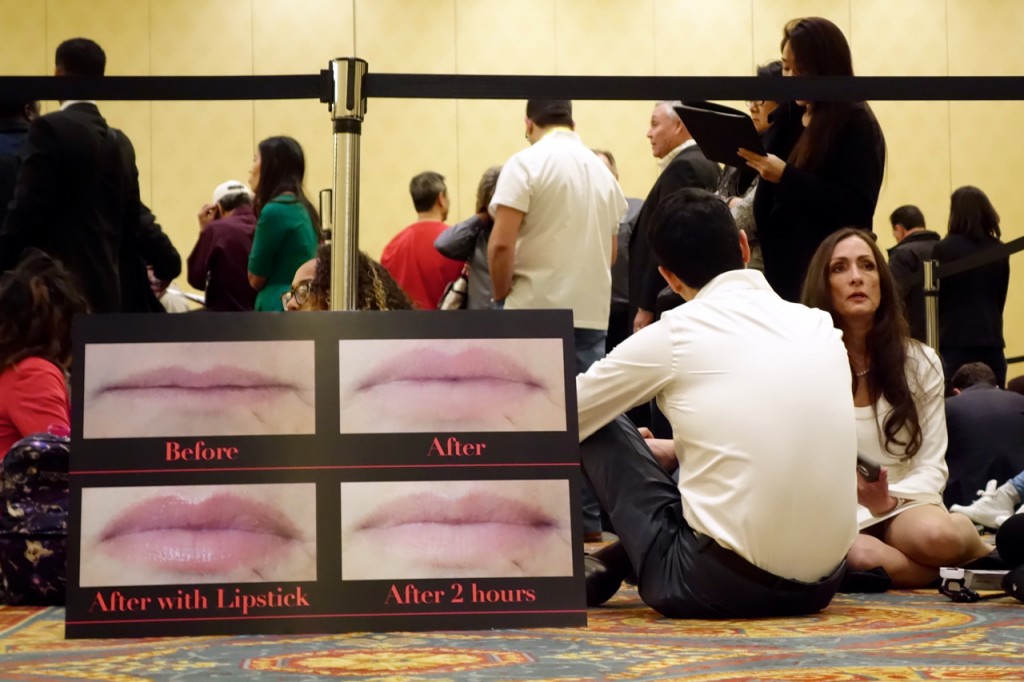 During CES, Shark Tank–the U.S. version of Dragons’ Den–held an open call for entrepreneurs and inventors who want to pitch on the show. At least a few hundred people showed up, many toting visual aids. Not to spoil the next episode for you, but this one may possibly involve: lips. 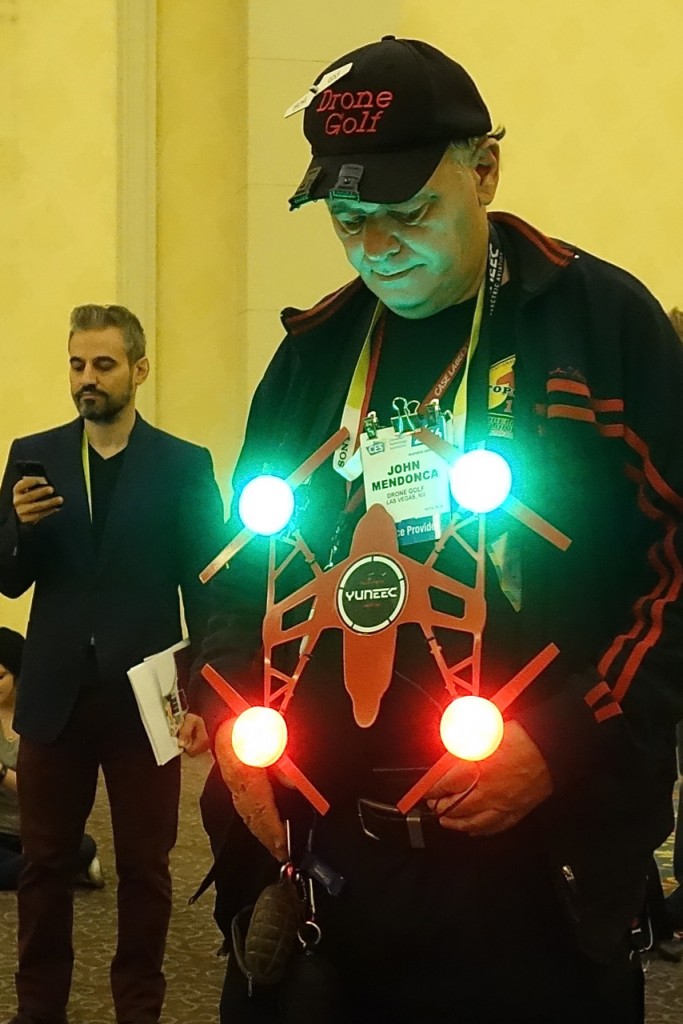 Nice lights! Very catchy! John of Las Vegas wants the “sharks” to buy into his Drone Golf business. What’s Drone Golf? “Well, you attach a golf ball to a drone, then you fly it over a golf green and try to drop it as close to the hole as possible.” Oh. Did I mention: Nice lights! 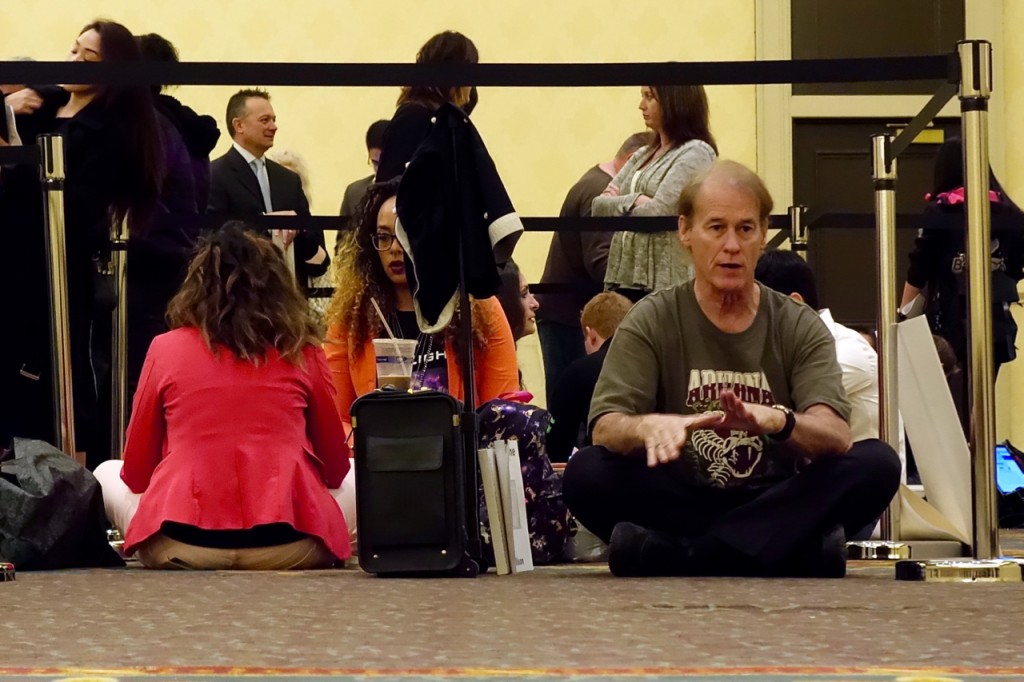 This is Andrew Wilson. He’s practicing his pitch as he waits in line. Andrew “knew Michael Jackson personally, and [they] shared a very special relationship.” They met when Andrew was a Kung Fu champion. All of this is so great that I refuse to fact check it. Anyway, long story short: Andrew says he sold a Rolls Royce in order to buy a hunk of concrete into which Michael had once placed his hands. One of the resulting hand prints left an image in the palm that resembles a heart with a small crack through it. Symbolic or profound or something! Andrew has written a book called Broken Heart Stone, each copy of which comes with a small pouch of concrete dust from the area around the hand prints. Andrew wants $4 million from the “sharks” in exchange for 60 per cent of his book-and-dust business, which currently has no revenue. “This isn’t about me,” he said. “This is about Michael’s legacy.” Also, just FYI, Andrew has developed a formula to cure cancer. He told the Pope about it one time during an audience.