This is your life: every single second of it

Jesse Brown on the crushing sadness of lifehacking 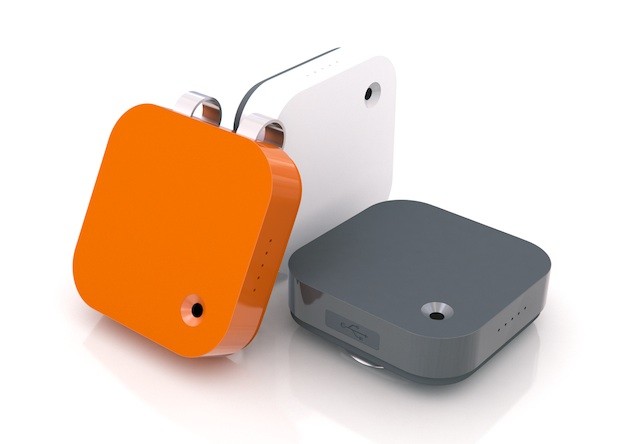 Imagine if you could instantly see a picture of any moment from your past.  Imagine if, in a matter of seconds, you could pull up an image of the first time you met your first love, or the day your child took her first steps, or the last time you saw a friend who died. What might that be like?

It would probably suck.

The camera of our memory does amazing things.  It focuses on emotionally relevant information and blurs noise.  It heightens and exaggerates.  It turns banality into poetry. Mercifully, it forgets.  It’s very unlike a digital lens clipped to your lapel that takes two high resolution pictures a minute.

Meet Memoto, a “lifelogging” camera that is the current sensation of Kickstarter.  It’s a cute little personal Big Brother, an all-seeing eyeball clad in sleek Scandinavian design.  It has no buttons.  Pick it up, and it starts snapping. Put it down, and it stops. Plug it in at the end of the day, and it sends the images you’ve stored (thousands of them) to the cloud.

Who would want it?

Lots of people, it seems.  Memoto quickly burst through its $50,000 Kickstarter target and has thus far raised more than $420,000 from more than 2,000 backers.  Almost all of them have pledged at least $199, the smallest amount needed to reserve a Memoto of your own. With more than 20 days of Kickstarting left, many more backers will likely pre-buy a lifelogging Memoto, suggesting they actual market for such a device is significant. As Kickstarter logic goes, for every person willing to pre-buy a gadget a year (or two) before it actually exists and gets mailed to them, there are probably dozens more who’ll snatch one up once it’s on a Best Buy shelf.

So why do they want it?

According to Memoto, their product is for people who want to “remember every moment.” Their tear-jerking promo video is filled with handheld 8mm film footage of vintage family moments.  It’s worth noting that Memoto’s actual pictures will look nothing like this.  Old home movies, shot by jittery dads carefully selecting which moments were worth burning precious seconds from each expensive 3-minute spool of film, are brimming with hand-held human warmth, and are the exact opposite of lifelogging photos.  The Memoto’s cold eye snaps mindlessly and relentlessly at whatever comes before it, up to 2,880 times a day.

If you presented me with a perfect photo record of my life, searchable by date and GPS location, I would certainly spend some time locating meaningful moments from my past.  I think I would then quickly get depressed at how flat everything looked, how deflating and negating of my sweet imagination, and I would move on.  Clamping a doo-hickey to my shirt every day of my life is far too onerous and obsessive a regimen for such a sad payoff.

But this misses the point, I think.  Lifeloggers are not documenting the minutia of their lives for the sentimental reasons suggested by Memoto. They’re doing it for all the unknown payoffs Big Data may bring.  They’re not lifeloggers- they’re wannabe lifehackers. And hacking requires data.

Image data is notoriously difficult to quantify and analyze- pictures mean so much to people, but computers have trouble making sense of them.  Memoto images already carry metadata: non-image info that each picture is stamped with, like GPS co-ordinates.  But if automated image analysis techniques, like facial recognition, improve, then who knows what Memoto will know? Combined with other data streams we generate, such as email and purchase history, and the ability to pull out patterns and predictability from our lives will grow.  The practical application of these techniques are anyone’s guess, but Memoto’s early adopters are banking on there being something viable in there.

As for the rest of us, we’d do well to remember that it’s not just their own lives that lifeloggers log.  The camera, after all, is pointed at us, not them.