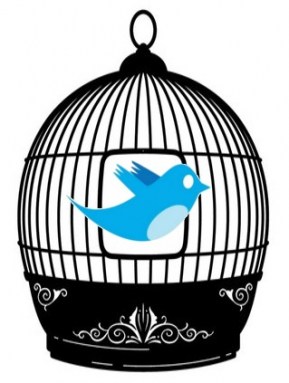 Since announcing its uneasy compromise with censorship last week, Twitter has unsurprisingly taken a lot of heat–much of it on Twitter. The company blog raised flags immediately with its mealy-mouthed characterization of oppressive, censorious nations as places that merely have “different ideas about the contours of freedom of expression.” One of these nations, Thailand, has a particularly different idea about these contours–it thinks that if you disrespect their King, you should be imprisoned for up to 20 years (in the Internet age, this disrespect includes “liking” disrespectful Facebook content). This week, Thailand was the first country to high-five Twitter on their swell new policy. Can a gift-basket from Syria be far off?

The fact that Twitter is willing to cut a deal with the oppressive monarchs and tyrants of the world is unsettling at best, and an online protest movement has quickly mobilized. Hashtags like #TwitterCensored and #BoycottTwitter proliferated over the weekend, and groups including Reporters Without Borders condemned Twitter’s decision. But I’m not sure that they’re right.

The Internet hates censorship. Twitter is now the target of some of that hatred for its willingness to censor the Internet, but it is only willing to do so under certain conditions. When Twitter removes a tweet due to a government request, the tweet will be replaced with this:

I’ve never had the pleasure of being censored directly by my government. If I did, I can guarantee you this: I’d gain a lot of new Twitter followers. The Internet, let’s all say it together, hates censorship. But it also loves censorship. It loves finding and amplifying content that has been censored. Blogger Mike Masnick has dubbed this the Streisand Effect, after an infamous attempt by Babs to have a picture of her mansion removed from the Internet through legal threats. The result was the proliferation of said image across the world through blogs,and then newspapers, until millions had seen the diva’s digs.

Yes, Twitter has decided to work with censors, in effect becoming one. But Twitter has chosen to be a transparent censor. In addition to publicly displaying the above gray box when a tweet gets pulled, Twitter will also publish the “takedown” request they received from authorized government agents, through a partnership with Electronic Frontier Foundation’s Chilling Effects project. They will also inform the censored party about what has happened and who demanded it.

It’s an instant news story, every time. It will amplify the global reach of controversial content, and ultimately make governments think twice about censoring in the first place. I also suspect that at this very moment someone is coding an app that will instantly pull censored tweets from other nations through the use of I.P. proxies. It would also be cool to subscribe to a feed of censored tweets, to get a running ticker of the topics that are annoying the world’s insecure despots.

I’m not saying that Twitter is doing the right thing here. It might be a more principled (and uncomplicated) stand for Twitter to simply not offer its service in countries that lack free expression, thus shaming these backward nations and depriving them of access to one of the world’s most popular communications platforms. On the other hand, if you were a Syrian revolutionary, what would you prefer: a censored Twitter or no Twitter at all?

Let’s not sugar coat things: facing a moral quandry with reasonable arguments for either course of action, Twitter chose the path that lets them make more money. Yet it may also be setting a new and better standard for how Internet companies come to terms with the ever-bending “contours” of  human rights around the world.