Youtube's new Hollywood studio is free, for some 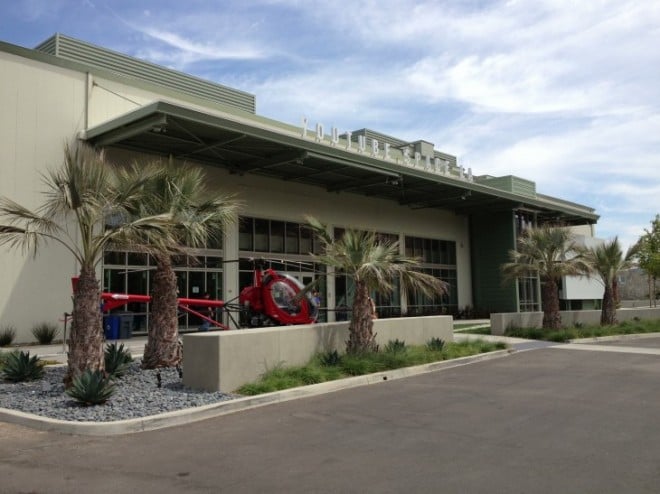 Other YouTube spaces have opened in New York, Tokyo and London.

Celebrities including Matt Damon and Amy Poehler have shot projects at YouTube Space LA, and you might get the idea that Google is making a run on Hollywood, launching its own content brand to compete with the likes of Universal and Disney. But that’s not the plan.

Google doesn’t own the content produced at YouTube Spaces — creators do. Kids who were shooting videos in their parents’ garages last year are now shooting slick productions in Hollywood, which they will own. In return, Youtube gets the exclusive right to host the content, plus 45 per cent of all advertising money it generates.

Why is YouTube doing this? According to Google executive Liam Collins, the idea is to “catalyze” great content (jargon digression: is “catalyze” the new “curate”?). The idea is to dangle the prospect of Hollywood stardom before the eyes of millions of YouTube contributors in the hope that they’ll step their games up, raise production values and shift the perception of YouTube as a purveyor of low-fi cat videos. This would allow Google to convince posher brands to advertise. It goes hand-in-hand with YouTube’s “channel” strategy, wherein they’ve committed $200 million to promote subscription-based YouTube feeds, which are also owned by content creators.

Between the promo and the production facilities, it’s a sweet deal for video makers — but it’s not open to just anyone.

YouTube has a long list of requirements before they’ll even consider letting a creator shoot in a Space:

There’s one other requirement, which YouTube doesn’t mention. Creators will need to get there, which means being able to live for some time in LA, New York, London or Tokyo.

There is no Canadian YouTube Space and, according to Google Canada, there are no plans for one.