Why we should pay Canadian donors for their blood plasma donations

A new bill would ban paying for plasma donations nationwide. It’s a counterproductive idea, not to mention hypocritical 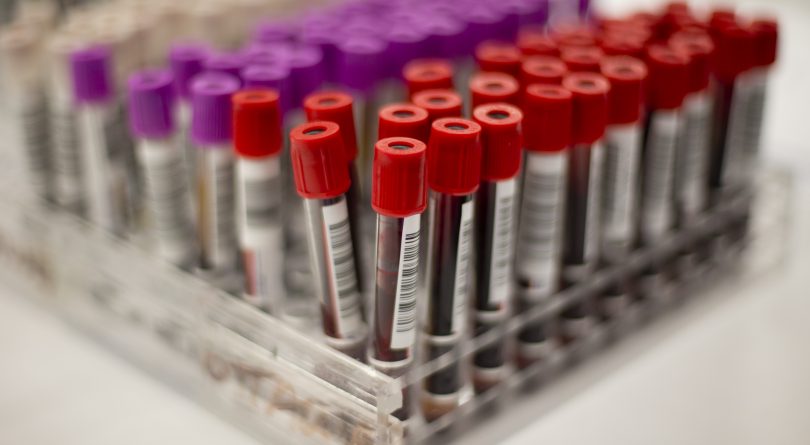 TORONTO, ON - MAY 26: Canadian Blood Services donation clinic on College Street. For Insight feature on strategies that have reduced demand on the Canadian blood supply and new theories on the dangers of ordinary transfusions. (Keith Beaty/Toronto Star via Getty Images)

Chris MacDonald teaches ethics and critical thinking at the Ted Rogers School of Management, where he is director of the Ted Rogers Leadership Centre, and is co-author of the new (free, online) Concise Encyclopedia of Business Ethics. Peter Jaworski is a Canadian philosopher who teaches Business Ethics to undergraduates and Ethical Leadership to MBA students at Georgtown University’s McDonough School of Business.

Imagine someone said to you, “Canada, of course, must never allow the use of slave labour in diamond mining. That would be immoral. But hey I have an idea…let’s just buy our diamonds from Zimbabwe. Yes, they have been known occasionally to permit slave labour. But hey, it’s not us doing it, so our hands are clean!”

Granted, some Canadians would be happy to buy diamonds from Zimbabwe, and just avoid asking questions about labour standards. They might not want to know. They might turn a blind eye to activities they think are immoral, going on somewhere far away, and then benefit from those activities. But they certainly wouldn’t for a second claim that the slave labour is all right simply because it happens somewhere else. Right?

READ MORE: A bloody mess: The story behind paid plasma in Canada

Now let’s look at the case of blood plasma. Blood plasma is used to make plasma medicines, including immune globulin, albumin, and clotting factor. Tens of thousands of Canadians depend on these life-saving medicines. But we don’t have nearly enough Canadian plasma donors, and so we import over 70% of these medicines from the United States.

But some claim that blood plasma must always and only be donated by unpaid volunteers, and that paying people to give blood or plasma is immoral. Canada, they say, should not tolerate paid donation. Granted, this is a minority opinion — the most recent nationally-representative poll found that over 70% of Canadians thought that paying people for plasma donations is “morally appropriate” — but ethics is not a popularity contest. So if there are good arguments to be made against paid plasma, we should take them seriously regardless of how many people agree or disagree.

This minority that is critical of paid plasma is both very vocal, and politically powerful. Despite overwhelming opinion amongst ordinary Canadians, paid plasma was forbidden by law in BC (2018), Alberta (2017), Ontario (2014), and Quebec (1997). And now Senator Pamela Wallin is introducing a bill calling for a nation-wide ban on paid donation.

READ MORE: Should we pay for blood?

The two of us were among a group of 32 ethicists and economists, including two Nobel Prize winners and a recipient of the Order of Canada, who signed an open letter submitted to the Expert Panel on Immune Globulin Product Supply and Related Impacts in Canada. In that letter, we argued that none of the reasons produced by critics thus far is convincing. Experts (including Dr. Graham Sher, CEO of Canadian Blood Services) say that when it comes to plasma medicines, paid plasma is just as safe as unpaid plasma. Experts also tell us that paying for plasma is the only realistic way of achieving self-sufficiency in Canada. And, contrary to what critics have said, there’s no good evidence that paid donation “crowds out” altruistic donation.

In its report released May 23, entitled “Protecting Access to Immune Globulins for Canadians,” the Health Canada Expert Panel echoed our own research and our evaluation of the current expert consensus on paid plasma: paid plasma is safe, it is the most realistic way of increasing supply, and it does not negatively affect whole blood donation (our letter was included as “Appendix G” in the final Report).

But apart from the empirical data, we also argued in our letter that paying for plasma need not be done in an exploitative way (indeed, paid donors are generally paid quite well in Canada, receiving about $50 for a donation that takes about 90 minutes, in Winnipeg, Saskatoon, and Moncton). And we also argued that to ban paid plasma here in Canada, while importing it from the U.S. — where donors are paid — is deeply hypocritical.

We argue that moral consistency requires one of two things.

Or we can agree that there is no good argument against paid donation, either here or in the U.S.

We end with a note about money. Neither of us is in any sense funded by “big plasma” or any other commercial interest. We are professors at universities (one at a Canadian public institution, and one at a private American one). We have no financial stake in this issue. We are merely doing our jobs as philosophers and ethics professors: namely, putting forward what we believe to be the very best argument on a matter of substantial public importance.