Welcome to the Internet. No kids allowed

Where's the wisdom in forcing kids to lie about their age to get online? 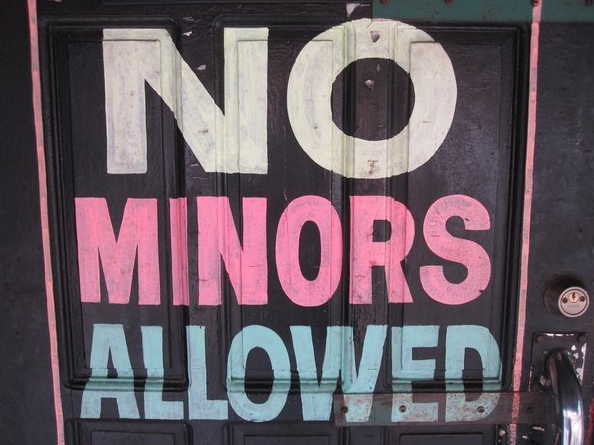 That’s not the command of a strict parent—it’s Facebook policy. It also happens to be U.S. law. Thanks to the Children’s Online Privacy Protection Act, it’s illegal for websites to collect the personal data of anyone under 13 without parental consent. Mark Zuckerberg has vowed to fight this law, but for now, Facebook won’t let you sign up unless you state your age as 13 or over, regardless of which country you live in.

Of course, Facebook is just one of the sites kids aren’t supposed to use. Just about every commercial website has small print in their TOU (Terms of Use) limiting access to those legally able to enter into binding contracts. In Canada, as in most countries, this means ages 18 and up. So if you’re a teenager who follows the rules, you can’t tweet, you can’t watch a YouTube video, and you can’t even run a Google search.

Of course, all kids, except maybe the Amish, break these rules. Their parents and teachers help them to break these rules. My 8-month old baby has broken these rules. According to Consumer Reports, 7.5 million kids have lied about their age to Facebook. And the number seems low;  according to a Pew Center Survey, 73 percent of kids use social networks.

If you’re a kid, lying about your age to websites is easy and routine. So is ignoring long, restrictive, and painfully written TOUs. But where does that leave kids as online citizens? It makes them into phantom entities, without responsibilities or rights. Websites can (and have) deleted their accounts—their videos, their emails, on a whim, leaving minors without recourse.

It’s frightening to think that five years after joining Facebook, millions of minors will be falsely presenting themselves to the world as adults. With all the hysteria around online child predators, you’d think that forcing 15 year old kids to tell the world that they are eighteen would be considered a pretty bad idea.

Making lying a prerequisite to participating in online life lends false credibility to the false idea that what happens on the Internet doesn’t matter.  It’s a pretty shabby introduction to digital life. Lawmakers and websites need to work together on a better deal for kids.