Whatever happened with UBB?

Everything is fine, right? Sort of. 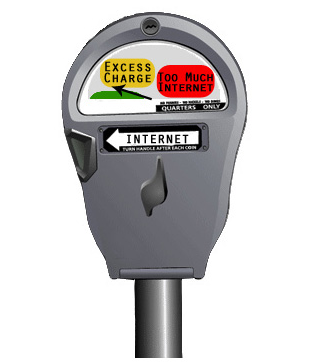 So whatever happened to it? Consumers won, right? Well, sort of.

Yes, Stephen Harper stepped in to tweet his demand that the CRTC “review” their decision to support of the practice, and yes, then-industry minister Tony Clement did talk tough, vowing to overturn the CRTC if they didn’t reverse themselves. One ISP, Shaw, later decided to just go ahead and give customers what they wanted without being forced to. They upped their bandwidth caps to levels *closer* to what Americans enjoy (though in most cases, far from unlimited).

And that has been it… so far.

The whole episode presented more questions than it answered.  Why were so many Canadians upset about a decision that only affected a small minority of people who use indie ISPs like TekSavvy and Acanac? Were they simply confused, thinking that usage-based billing referred to the big players’ practice of charging hefty fees by the gig once users exceed their caps (which they still do)?

I looked into it, spoke to many involved, and found that this was partially true. Some signed the Stop the Meter petition in error, thinking that UBB was all about their accounts with Rogers, Bell, et al. But once they learned the details, they still cared, and still kept their names on the petition. UBB became a beachhead, the frontier battleground in the war between Canadians and Canadian telecom. If choice in the marketplace was being eliminated, if new services like Netflix were being squeezed, and if the general trend was towards higher bills for less access, then Canadians were prepared to start with this issue and move forward.

There have been rumblings about allowing for foreign investment in order to create more competition. There have been complaints, perhaps unsatisfied, that the big players are not playing by the CRTC’s Net Neutrality rules. And there is a lingering question about which direction the OpenMedia lobby group behind Stop The Meter plans to steer the massive ad hoc group they’ve assembled.

Those are some of the questions I’m going to ask OpenMedia.ca founder Steve Anderson today, during our live interview as part of NXNE Interactive. If you’re in Toronto, come join us! We’ll be chatting at the Hyatt Regency, at 370 King Street West at 4:50pm. Either way, if you’ve got a question to add to those provided above, pose it in the comments and I’ll pose it to Steve.