What's the worst China could do with access to Canada's 5G network?

Any hostile power with the keys to 5G systems could spy, disrupt traffic and even poison water supplies if things got nasty, warn experts. Hence all the fear about Huawei. 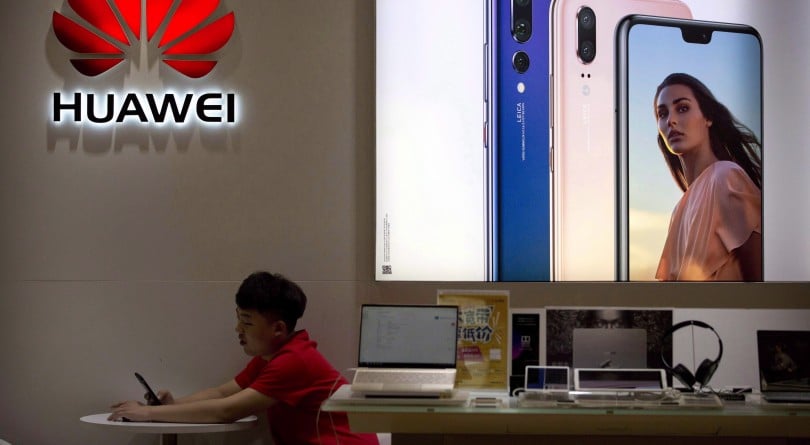 On a personal level, Daniel Tobok is a fan of Huawei technology. From Canada’s national security standpoint, on the other hand, he has concerns over the location of the company’s headquarters: the People’s Republic of China.

“Huawei is not necessarily a bad company,” says Tobok, CEO of the Canadian cybersecurity consulting firm Cytelligence. However, “under [China’s] national security legislation, in particular Article 7, it clearly states that if the state feels that they need to access to data from a private entity, they can do so at any given time.”

In short: if Chinese authorities want access to Huawei data, they can have it, a scenario all the more worrying as Huawei continues to help build the next generation of Internet, known as 5G, across Canada.

Besides faster Internet speeds at home, 5G will open up the potential of interconnected devices: self-driving cars, remote surgeries, and streaming virtual reality. But if, hypothetically, relations between the two countries were to hit a rough patch, then Beijing could conceivably decide it wants access to any of that vital data spanning across Canada’s 5G networks via Huawei.

The potential for conflict between Canada and China was underscored earlier this month when—at the request of American authorities—RCMP arrested Huawei CFO Meng Wanzhou for fraud charges related to violating U.S. sanctions against Iran. Meng is currently out on bail but confined to Vancouver and facing potential extradition to America; China has since detained two Canadians, entrepreneur Michael Spavor and former diplomat Michael Kovrig, which many observers saw as a direct retaliation.

RELATED: Is America ‘unhinged’, or does its case against Meng Wanzhou have merit?

In a worst-case scenario, where international relations devolved further while China held the technological keys to disrupt Canada’s 5G network, “we’ll be dealing with a state-sponsored situation where someone can turn off the lights in the middle of winter. Turn off the power. Turn off the subway. Turn off everyone’s cell phone,” Tobok says. “It’s scary.”

By 2020, there will be more than 50 billion devices connected to the Internet, according to a recent study by Cisco Systems, the U.S.-based tech giant. Already, Canadians use programs to remotely control their thermostats, lights, security systems and even the locks on their front doors.

The first concern for anyone in Canada who happens to be on Beijing’s radar—a dissident of China, for example—is espionage.

In addition to providing networking equipment, after all, Huawei makes and sells its own smartphones. In this scenario, “one of the concerns is you could target updates to individual phones—updates that allow a third party to activate the microphone or camera,” says Chris Parsons, a researcher with the Citizen Lab at the University of Toronto’s Munk School. Besides the ability to listen in on individuals’ conversations, track them via GPS or monitor them via their own smartphone camera, Parson notes, “you can start feeding false data into it [the program],  and you can make someone’s life really difficult: the door won’t lock or the heat won’t go on, so people in northern Canada—or Ottawa for that matter—can’t work in their offices.”

As for protection, Tobok adds this isn’t anything a fire wall or anti-virus software from McAfee can fix. “I’m not trying to create a doomsday scenario,” Tobok says. “But it’s something we don’t think about. Once the infrastructure is in place, it’s too late.”

RELATED: On Huawei, Trudeau fails to assert the Canadian values he touts

Even Canadians who don’t think they’d be of any interest to Chinese authorities could be affected. “If you work for a company or university that does interesting research, or you’re a commercial competitor of China, if you’re involved in national security, those are the people they’ll be going after,” says James Lewis, senior vice president at the Washington D.C.-based Center for Strategic and International Studies.

Those who work in high-tech field should also be concerned, Lewis adds, pointing to the downfall of the defunct Canadian telecommunications company Nortel. Ex-Nortel employees have long accused Huawei of industrial espionage, copying new technology developed by Nortel and using government subsidies to sell the product for less. (Huawei has long denied these claims, and it’s important to note that Nortel’s demise was ultimately brought about by financial mismanagement and an accounting scandal.)

If China were to gain access to new intellectual properties coming out of Canada—via Huawei’s 5G infrastructure—thus saving costs of research and development, and then subsidize Chinese competitors in the same field, “[Canadians] will be effectively doing research to help a competitor build a product at a lower price,” Lewis says. “There’s competitive risk to companies like Bombardier or artificial intelligence work at universities.”

The auto industry would also be at risk, especially with 5G powering the future of self-driving cars, explains Arthur Herman, a senior fellow at the Washington D.C.-based Hudson* Institute. “Your autonomous vehicle-makers and artificial intelligence software that power them involve an enormous amount of intellectual property—especially in the early stages of development,” he says. “If you have the means, through Huawei’s control of 5G of that intellectual property flowing to somebody else—flowing to China—for use in its development in its technologies, that’s a big problem.” The Chinese government would be able to watch patterns of autonomous vehicles to track, say, government officials, or the supply chain of the military.

This would lead to the second major concern of Chinese influence with its control over technologies connected to 5G networks in Canada: interrupting critical infrastructure services.

RELATED: For once, Canada didn’t cave in to Huawei

Self-driving cars, when they become the norm on the roads, are a perfect case in point, Herman adds. “If for some reason—let’s say the result of growing international tension—the Chinese could disrupt traffic patterns across Ottawa, Vancouver or Toronto,” he says. “You pick the place, and they’re able to interrupt the flow of data that makes your autonomous vehicle drive safely in traffic.”

Huawei, it should be noted, is not a new entity in Canada. Their smartphones have been for sale across the country for years. They’ve partnered with Bell and Telus to test 5G technology, and the company is a presenting sponsor for Hockey Night in Canada, the rights to which are owned by Rogers (the parent company of Maclean’s).

“It’s very easy to sell certain arguments about spying and back doors, but the reality is the company’s been here for 10 years and there’s never been an issue in Canada,” says Scott Bradley, Huawei Canada’s vice-president for corporate affairs. “The company is in 170 countries around the world and there’s never been a documented incident of Huawei doing anything that retired spy officials love to accuse the company of.” If anything, Bradley notes, his company has “zero margin for error” with its operations in Canada.

And yet, three of the five countries in the “Five Eyes” intelligence-sharing alliance—the U.S., Australia and New Zealand—banned Huawei from their country’s 5G networks over national security concerns. The Canadian Centre for Cyber Security has noted a government review of 5G networks and technology is underway, and that “[the Communications Security Establishment] and the Cyber Centre work closely with a wide range of partners and stakeholders—domestically and internationally—and will continue to contribute to the development of cyber security best practices that can be promoted in the interests of Canada’s national and economic security.”

On the question of whether Canadians should worry about Chinese legislation opening a back door to Canada’s networks, Huawei’s Bradley says “Canada doesn’t base how they do their security on the laws of any other country. Canada bases their national security based on what Canada thinks is in their best interest. I guarantee you, if that [Chinese] law suddenly disappeared tomorrow, the guidelines from Ottawa wouldn’t disappear.

“All these issues—mass disruption, mass data collection—and how do you deal with them? What steps do you put in place to deal with them? That’s been in place for nine years,” says Bradley. “It’s a new issue to some people, but it’s not new to the [Canadian] government.”

China’s ambassador to Canada, Lu Shaye, penned an op-ed for the Globe and Mail, about the double standard his country faces with regards to telecommunications security. “If Huawei’s telecom equipment poses a security risk, so do the devices produced by Western telecom equipment manufacturers, since they use the same science and technology. To find out who poses the biggest threat to the security of other countries, please refer to the United States’ PRISM program,” Lu wrote, referring the U.S. National Security Agency program that collects internet communications from American web companies like Google. “Those who criticize China’s Huawei should examine themselves in the mirror.”

Tobok, the cyber security expert, says he isn’t a futurist, but nonetheless predicts the battles of the future won’t be done with tanks or warplanes. “It will be access to technology,” he says. “Somebody’s fingers on a keyboard can do more harm than a million soldiers on a battlefield.”

“Today, a lot of water filtration systems work on computers,” Tobok says. Those systems will add a certain amount of chlorine to destroy bacteria, fluoride for dental health and any other additive to keep the water healthy and safe to drink. “If we added more chemicals to the water supply, people would get sick, the hospitals would start getting full and then people would start dying.”