Why did they make that? The best and worst gadgets at CES 2016

Warning: these gadgets will soon enter your life, courtesy the 2016 Consumer Electronics Show 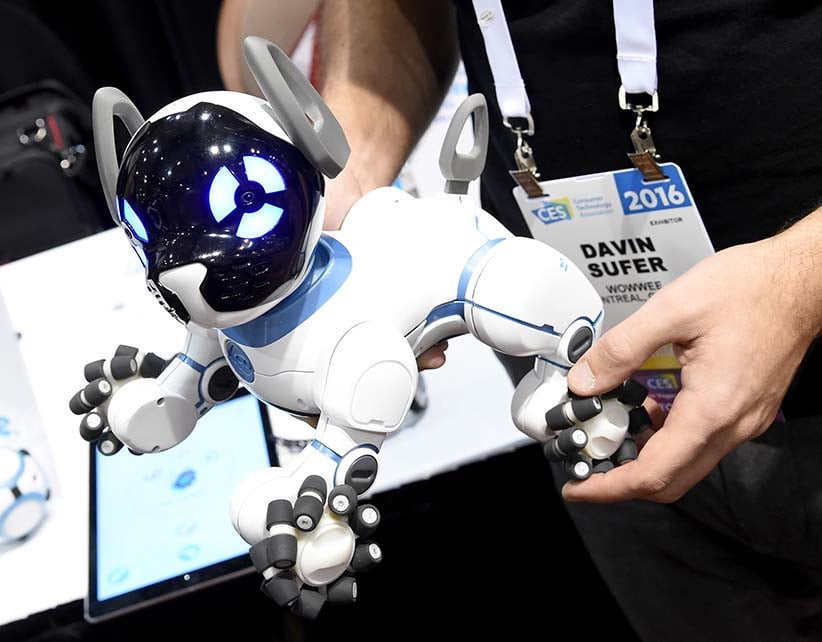 What will we want next? Here are some of the new gadgets and devices unveiled at the Consumer Electronics Show in Las Vegas, ranked in order from “When can I buy that?” to “Why did they make that?”

The Ehang 184. There were roughly one squillion drones on display at CES, but this one is different. This one fits something inside—a human person! They can call it a drone if they want but we all know what this really is: WE FINALLY GOT A FLYING CAR, GUYS! In your face, the past. Sure, the Ehang 184 currently has a limited range. And yes, it operates automatically and there are no backup systems to allow you to pilot the craft if the control panel craps out. But consider that an amenity. “Awesome person dies awesomely in awesome flying car crash” is an obituary we should all aspire to.

LG 8K Super UHD TV. To accurately describe the picture quality, there are no words—only a sound that’s somewhere between “Whoa” and a satisfied moan. I stood looking at this thing for 10 minutes and when I left I wanted to give it a hug. LG also brought a small TV screen so thin it’s bendable. Basically, whatever TV you have right now is garbage. You should throw that garbage away, but not before yelling at it for being such garbage.

FANCI. This automotive product uses face and body analysis to monitor your mood as you drive. Over time, it learns your habits and identifies the onset of road rage triggered by other drivers or by nine consecutive radio stations all playing the same Adele song. FANCI can also be programmed to limit acceleration and issue calming noises when it senses you are driving angry. No word yet on how FANCI responds when it is punched in the face.

Samsung Smart Suit. Have you always wanted to transmit your contact information to someone’s phone through a button on the sleeve of your jacket? Me neither. Interested in a shirt that can tell you the weather? Didn’t think so. Let’s instead focus on the centrepiece of this new outfit: the so-called “wellness belt,” which has been given the unfortunate name the Welt—because apparently not one person at Samsung speaks English. The Welt looks like a regular leather belt but comes with sensors, a charging port and the ability to make you hate yourself. It does this by hassling you about how long you’ve been sitting and setting off alarms if your waistline expands even a little. Buy it and be the first on your block to utter the phrase: “Shut up, belt.”

Laundroid. Billed as the “world’s first laundry-folding bot,” Laundroid is apparently too bulky to transport from Asia in its current incarnation. The company’s booth at CES therefore consisted of four guys in suits standing near a few folded shirts.

“Did the robot fold these shirts before you came?” I asked.

“No, I folded them,” one of the suit guys said.

By 2020, the company expects to introduce an advanced version of Laundroid that not only folds but also puts away your laundry. Or, alternately, they’ll send one of the four guys in suits to your house to do it.

Related: How dumb is your home?

Pet Cube. There were so many pet-focused gadgets at CES. The makers of the PitPat activity monitor put up a big sign that asked, “What has your dog done today?” (Unless it’s the dishes, I’m not sure I care.) Meanwhile, Wonder Woof offers a “fashion-forward fitness tracker” for dogs—a bowtie-shaped device worn on the collar that proclaims to everyone your dog encounters on its walk: “My owner should not be trusted with money.”

Which brings us to Pet Cube, an interactive Wi-Fi pet camera that empowers you to watch your dog or cat from work—and either scold or praise it through a two-way audio stream. This is the ideal new gadget if you’re aspiring to establish yourself as the office lunatic.

CEO: And if you look at this chart, you’ll see——

Smartshoe01. Are you like me? Would you prefer a pair of shoes that makes it look like you’re playing pickup basketball in the Tron universe? Good news: the world’s smartest and also ugliest shoe is here! You can use the app to count your steps, warm your feet—even to tighten your shoes automatically, without the arduous chore of bending over slightly. The cost? Just US$400 and your dignity.

Feschuk on the laziest gadgets at CES:

Check out Feschuk’s guide to the rest of the trade show’s laziest knickknacks.