Why is Twitter opening up a Canadian office, anyhow? 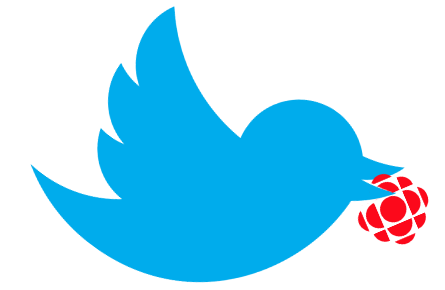 The tweet sounded like a joke. Kirstine Stewart, vice president of CBC English language services (translation: the woman who runs the CBC) has left the public broadcaster to head up Twitter Canada. Why did it seem like a prank?

But there will be. Twitter Canada‘s offices will be opening in Toronto. They are hiring, and Kirstine Stewart will be at the helm. Twitter has verified this, as has Stewart herself.

So what does it mean?

It’s hard to see an upside to this for the Ceeb. Stewart was in the middle of steering a major “renewal” effort, an attempt to find steady footing following massive budget cuts and layoffs. News was “modernized”, radio razed, and a major emphasis on primetime TV ratings began to bear fruit. Online has languished, as it awaited new management, with the exception of one major project, the free streaming CBC Music service. Like these changes or hate them, most CBC employees accepted them, and welcomed Stewart as their face. She washed away much of the bad taste left by her predecessor, the detested Richard Stursberg. For those weathering the storm within the CBC, trusting in Stewart’s relentless positivity (is there a more exuberant executive on Twitter?) and believing that they would all pull through the bad times together, her departure can’t be good news. I know a number of young(ish) CBC employees who’ve been debating whether or not to keep building careers at the Ceeb, questioning what place it will have in tomorrow’s digital media environment.  Morale must suck for them today.

Why is Twitter opening a Canada outpost anyway, and why do they want Stewart to lead it? Stewart’s first (mini) interview today was with U.S. site TechCrunch, which hurt my feelings, but which provided a hint about what Twitter will be up to here. Stewart spoke to TechCrunch in riddles, describing herself as a “longtime champion of great content,” an area where Twitter is doing “incredibly exciting” things. She also commented on Twitter’s newest ally, the massive ad firm StarCom MediaVest, which Stewart said is “really setting itself up as quite the partner”.

Reading the tea leaves here, this talk is all about Twitter’s second-screen dreams. Twitter CEO Dick Costolo recently remarked that Twitter’s future is intertwined with television, as a “complementary” media platform. Be it Oscars, Olympics, or news, Twitter sees huge traffic spikes when big TV events occur and viewers want to chatter about them. This audience is ripe for targeted advertising, and Twitter wants to work with big brands on hybrid campaigns. TV ad spots are bought at the national, not international level. If Twitter wants to piggyback Canadian TV advertising deals, it’ll need a Canadian office. So far, they’re hiring ad sales people here, not developers. Twitter Canada will likely have little to do with technology, a field Stewart has no experience in. She is a career television executive, and Twitter must be hopeful that she can cut them a clear path through Canada’s insular and change-resistant TV and advertising industries.

What would you rather do, make TV shows or sell Twitter ads? Leaving the CBC for Twitter sounds sexy, but for an executive known for getting deeply involved in the creative side of television production, Twitter may prove a bore. True, it’s a far more dynamic setting than the CBC, but Stewart will be subservient to big decisions made in San Francisco, and she’ll have to compel Canadian brands to take chances and invest online, when they’re notorious for waiting to see how things go down in the U.S. first. It’s a lot less power than she’s used to.

There’s nothing bad about this for the rest of us, but there’s not much to get excited about either. Best case scenario: Twitter makes like Google and opens up a Canadian policy shop to deal with privacy, regulation, and free expression issues. Twitter has generally protected its users’ rights admirably in the U.S., and Canadians could use some of that here.