The Nintendo Switch appears to signal a switch in strategy for a company that has, to this point, made kids its target demographic 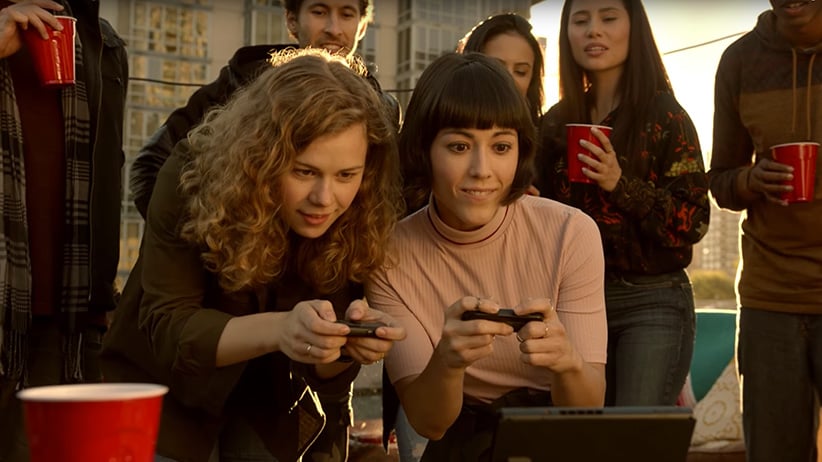 When Nintendo unveiled a promotional video on Thursday for its next-generation gaming console, the Nintendo Switch, it featured almost everything that has made the franchise synonymous with gaming since the 1980s. There was footage of a new Legend of Zelda game, an upcoming Super Mario Bros., and even a new Mario Kart. But amid the hype for the upcoming hybrid home/mobile console—where gamers can pause the game on their big-screen TV and keep playing as they walk out the door on a portable screen—there was one thing noticeably absent from its promotional video: children.

If the ad is any sign of Nintendo’s new target market, the gaming giant is hoping to appeal to late-20s and early-30s professionals: the ones who wake up at dawn to walk the dog, the road trippers, the rooftop patio socialites, and—in a sign of the times—the professional eSports gamers.

The lack of any teenagers in the ad, let alone younger kids, appears to be a major shift in strategy for a company synonymous with youth-targeted franchises like Super Mario, Pokémon and Kirby. Its two most recent systems—the incredibly successful Wii (101 million units sold worldwide) and the remarkably unsuccessful Wii U (13 million units)—tried to make the case that gaming is for everyone young and old, casual and hardcore. No more, it seems.

It’s not that Nintendo will stop focusing on games for kids, says Jeff Ryan, author of Super Mario: How Nintendo Conquered America. It’s just that “Nintendo already has that young fan base. They don’t need to go after it.”

From a business standpoint, under-18s aren’t as coveted a market as they used to be. Only about one of every four gamers is under the age of 18, according to a 2016 Entertainment Software Association report, and they’re more likely to play games on a mobile device—such as a tablet or smartphone—than on an at-home console. In 2013, 67 per cent of those under the age of 18 played games on a video game console, according to a 2015 NDP Group survey, but by 2015, it was down to 60 per cent. Perhaps mobile gaming fits their lifestyle better, but don’t discount the power of parents who may no longer feel the need to shell out $300 for an at-home system (plus $50 per game) to keep them entertained when a $3 app will do the trick.

So who still buys video games? The average gamer is 35 years old, according to the Entertainment Software Association, while the average game purchaser is 38—the same age group as those who grew up playing with the original Nintendo Entertainment System, which debuted in 1985.

But Nintendo consoles have long fallen out of favour with Millennials, who have for years favoured the company’s chief rivals, Sony and its Playstation or Microsoft and its Xbox. Now that the Playstation 4 and Xbox One are in the final years of their life cycle —Microsoft’s next console, dubbed Project Scorpio, is slated for release in late 2017—it’s time for gamers to start thinking about which system to buy next.

“To use a 2016 term, [Nintendo] is going after the undecided voters right now,” says Ryan.

There are still a lot of unanswered questions about the Switch. How much will it cost? How good will the graphics be? How long will the battery last when on the move? What games will debut at its March 2017 launch?

When answered, the Millennial gamer might think about their allegiance to the Playstation or Xbox, compare it to Nintendo’s newest addition and, well, switch.