Will the Pfizer ruling stiffen up Canadian tech patents?

Canada's Supreme Court ruled that in order to protect an invention, a patent must actually disclose what that invention is 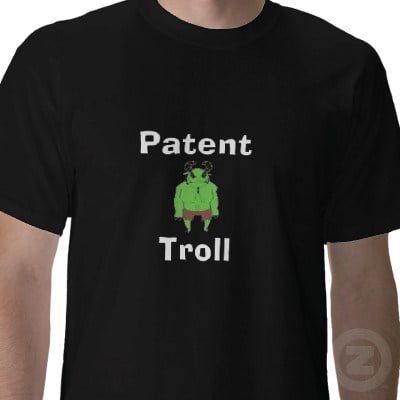 If the topic of patent law fails to inspire much feeling in you, read Steven Levy’s exhaustive Wired feature, The Patent Problem—it will leave you apoplectic. Levy details just how far the U.S. patent system has strayed from its original purpose. Intended to incentivize invention, and included in the Constitution for that purpose, patents have mutated into anti-innovation weaponry.

The reasons are many. One is the evolution of patents into saleable assets. This was supposed to allow a poorly resourced inventor to sell his concept to a company with the cash to pull the trigger on it. Instead, companies began stockpiling patents without using them, in order to keep ideas away from rivals or to demand licensing fees from anyone who actually put the ideas on the market. Another huge problem was the Patent Office’s inability to evolve from the mechanical age to the digital age, which led them to rubber-stamping hundreds of thousands of software patents for generic or general concepts. Then came the birth of the Patent Troll, who banks on this incompetence by securing intentionally vague patents they never intend to use for anything but extortion (Levy focuses on an “inventor” who claims his patent covers every eCommerce site on the Web, whose legal threats have generated millions in settlements.) Finally, there’s the patent arms-race between mega-corporations, a battle which sees patents not as ideas to turn into products, but as munitions in a legal arsenal. The intent was to prevent costly legal battles—you sue me, and I’ll sue you. But this pax has unravelled of late, as evidenced by a recent slew of mega-lawsuits. It’s a ludicrous waste of resources that has resulted in Apple and Google both spending more money on patents than on R&D. The result, writes Levy, is “a disastrous environment for innovation” wherein “it’s practically impossible to build anything without violating a patent…and risking a multimillion-dollar lawsuit”.

While our patent regime differs from America’s, there’s a high degree of standardization among G8 countries when it comes to intellectual property law, and Canadian inventors face the same hurdles Levy describes. Still, global awareness of (and disgust towards) the broken patent system is growing. In the U.S. this is taking the form of measured and slow-moving legislative efforts. Here in Canada, a landmark Supreme Court ruling could change everything.

By now you’ve likely heard of the decision against drug-maker Pfizer. Yes, you’ll soon be able to get cheap generic penis pills in Canada, but the implications could be far greater. Pfizer’s patent was deemed invalid because it didn’t adequately describe what Viagra is. Mention of the active chemical, Sildenafil, was buried in the patent. The Court ruled that in order to protect an invention, a patent must actually disclose what that invention is. Beyond common sense, this is so because of the “patent bargain”:  an inventor tells the world how to make something in exchange for a time-limited monopoly on that invention. Pfizer may have been trying to hide their innovation, or they may have been trying to define their patent as widely as possible in order to block rivals from selling a similar product made in a different way. Whatever their motive, a bold new precedent has been set that could radically shake-up technology patents.

From now on, any patent that fails to adequately describe the invention it seeks to protect is vulnerable. That’s a threat to thousands of software patents. As lawyer Eugene Meehan, the former executive legal officer at the Supreme Court, told the Vancouver Sun, “the decision is a legal earthquake in the patent world – it’s like hurricane Sandy blew through the Patent Act.”