The makers of apps that document permission-to-proceed hope to sharpen blurry lines—and tackle sex assault. But others have concerns. 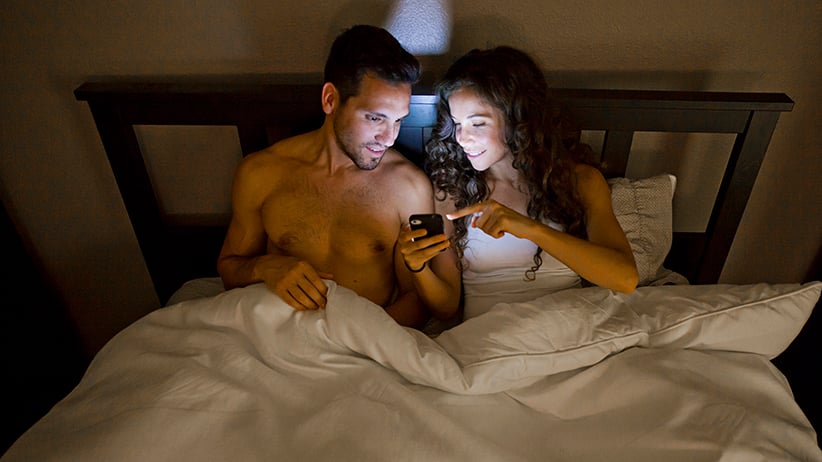 To technically consent to sex, a new app requires people to enter passwords, minimum eight characters each. If one person feels coerced, she or he can enter a different password, which alerts an emergency contact and stores the non-consent data in a cloud, potentially for proof in court. The app, called Wantme?, available for free on iTunes, aims to prevent non-consensual sex and sharpen the blurry lines when complaints arise. “We firmly believe it will become the norm,” says Malcolm Eylott, a former Toronto banker who developed the app, along with a lawyer and information technology expert.

Eylott’s product isn’t the first sexual consent app. Yes to Sex, an American-made app with 24,875 downloads in its first month, including 1,990 in Canada, records audio files of partners stating their names and “I consent to sex,” or a provided codeword such as “code butterscotch,” then stores the files in the cloud. “It’s as simple and non-intrusive as it gets,” says director of the company, Wendy Geller, who is also the mother of three children aged 17 to 22. “I felt like if I created something that wasn’t creepy, they’d feel good about using it.” Alternately, We-consent, a suite of four apps with about 10,000 individual downloads, records not only audio but also video of both partners stating their names and their consent. If they pass the test, an automated voice tells them, “consent confirmed. Have fun.”

While the apps seem to chillingly bring Siri into bed, they reflect a growing demand to verify sexual consent. In 2012, the U.S. Centers for Disease Control and Prevention found that 18 per cent of women and one per cent of men experience sexual assault in their lifetimes. Military bases, workplaces, sports teams and university campuses have begun to address it. If women (or occasionally men) want to use the apps to prevent assault when they feel coerced, an alert sent to an emergency contact might help them escape the situation. If men (or occasionally women) want to use the apps to protect themselves against accusations, they might be less likely to have sex with people who cannot or don’t want to consent. Wayne MacKay, a law professor at Dalhousie University, says a young man recently told him about his practice of printing off documents and requiring women to sign before having sex with him. Considering the Wantme? app, MacKay says, “I guess it has some potential.”

Among the limitations of the apps, they don’t specify which sex acts people consent to. “This would be interpreted as blanket permission,” warns Diane Hill, executive director of the Canadian Women’s Foundation, “and it would actually put women at higher risk for sexual assault.” Since a woman can be blamed for assault merely because of her short skirt or smile, Hill says, “imagine the kind of blame where they actually said yes.” In defence of his app, Eylott says, “we don’t want to get information about what they’ve consented to. We don’t want to get too intimate with people.” Eylott adds that his developers will “address” the issue of ongoing and specific consent.

Further, the apps don’t consider that consent must be ongoing throughout sex. The app that comes closest to addressing this issue is called I’ve Been Violated, which is part of the We-consent package. A person who feels violated in bed is supposed to reach for his or her phone and summon a video of a police officer yelling “no!” The victim aims the phone at the partner, who’s likely naked, and the phone records the partner watching the lecture. The video is stored in the cloud, and if the partner knows they’ve been documented as receiving the “no” message, they might be less likely to continue the violation.

The data collected by the apps may not be effective evidence in court. The developers hope they’ll encourage victims to report sexual assault—an estimated 82 per cent currently go unreported, according to a 2015 Ipsos Reid poll in Canada—but as MacKay says, “if it doesn’t specify in some detail the acts to which you consent, its value is much more limited.” Meanwhile, if the apps did include details, he says, “it could get to kind of ridiculous proportions where you have to tick off 18 forms of sexual contact you consent to. It all seems very mechanical in the heat of the moment.” Even if a judge accepts the data as evidence of non-consent, it can’t prove assaults actually happen, and victims may still feel they don’t have proof because most reported assaults cause minor or no physical injury. “It’s not going to make or break a case,” admits Tim Petrou, the lawyer who has partnered with Eylott. “We’re trying to facilitate more respectful behaviour.” As for proof for the accused, Petrou says, “I don’t want this to come across as an alibi for legal complaints.”

App developers say privacy is not an issue. Wantme? encrypts and streams its data to a server farm, including the number and content of sessions used and the cellphone’s contact list. The information is not available to anyone including users themselves, unless requested by a judge or police department. However, Eylott says the company is considering selling the aggregated, anonymous data, and a user’s data remains in the server even if he or she deletes the app. When people use We-consent and Yes to Sex, their video and audio files are stored for a brief instant on their devices during the buffering process, so hackers targeting their devices could conceivably capture the files.

Critics also question the ethics of making money from sexual consent. “That’s disturbing,” says Hill of the Canadian Women’s Federation, “that sexual assault is so prevalent in society that people see it as a potential profit-making area.” Yes to Sex is free to download, but if users want to access their data, they must pay $5,000. Lissack of We-consent says his company is a public service, but he patented the technology. “Why would I want somebody going in and disrupting my business?” he says. “We’ve invested a lot of time and effort.” When asked about the cost of the patent, he says, “I’m not getting into that.” Eylott says Wantme? may sell small ads on the app or the website, along with selling the aggregated data. When the first consent app, Good2Go, sparked controversy in 2014, Apple deleted it from iTunes.

Proponents say the concept of a sexual consent contract isn’t awkward at all. “Hands down, it doesn’t spoil the mood,” says Alison Berke, founder of the Florida-based Affirmative Consent Project, which distributes kits to university students containing paper sex contracts with updated laws written on the back. “It actually makes it better because it makes people more comfortable.” Further, Lissack says the 18-second We-consent process is short compared to the time it used to take to open a condom package, before they came with perforations. “We had to put up with a really awkward two to three minutes of getting the thing out,” he says. “We survived that.” Yet, Toronto sexual assault lawyer Anthony DeMarco writes off the apps as utterly absurd. “If that’s the world we live in,” he says, “I’ll be committing suicide later on this afternoon.”

The app developers say they’ve gotten nothing but positive feedback, including from Eylott’s own three adult children, aged 19 to 23. “When I first wrote it to them as an idea, they thought it was brilliant,” he says. “It was ‘Yep, I would use that. Makes sense.’ ” Wantme? will also offer educational sessions about consent, rewarding users who complete the lessons by giving them T-shirts, hats or water bottles. Lissack of We-consent says his app works like a vaccine, in which entire communities must adopt it for it to be effective. Geller expects Yes to Sex to take off like seat belts, while Eylott predicts that Wantme? will become as normal as condoms. “They’re ubiquitous,” he says. “The supermarkets carry them. Ladies carry them in their handbags. I see the same thing happening here.”