10 ways to be a better parent

We chatted with Dr. Leonard Sax. He offered plenty of parenting tips. 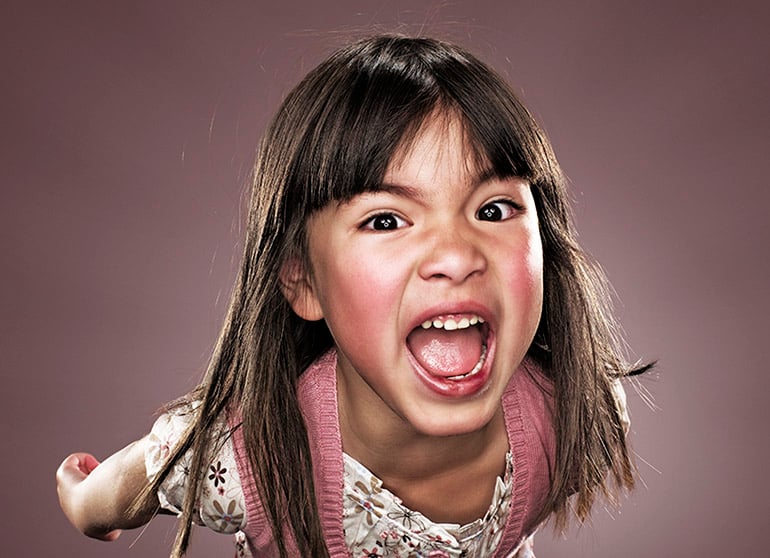 Have parents lost confidence in themselves? Have they relinquished parental authority? Maclean’s writer Cathy Gulli explored those questions in a widely read story that examined a stark reality: Despite their very best intentions, parents are at risk of losing primacy over their children. And that’s a bad thing.

Readers connected with the story from the first moment we posted it online. Only a few days later, Gulli’s story is one of macleans.ca’s most read and most shared stories—ever. We wanted to give readers an opportunity to engage with Gulli and Leonard Sax, the author of The Collapse of Parenting: How We Hurt Our Kids When We Treat Them Like Grown-Ups.

We convened a live chat with Gulli and Sax. We picked 10 highlights from Sax’s comments. You can find the full replay here.

“It begins with what I see every day I’m in the office, as a practicing physician. Ten-year-old kids who say, ‘Shut up’ to their parents and think it’s funny. Kids wearing T-shirts that say, ‘I’m not shy. I just don’t like you.’ It’s not just kids being disrespectful to adults; it’s also kids being disrespectful to one another, and to themselves. That’s one of the factors driving the growing proportion of kids who are sexting. Disrespect at many levels.”

It turns out that good grades and athletic achievement aren’t strong predictors of happy adulthoods. Sax spoke to the importance of self-control:

A decades-long move to empower disenfranchised voices may have contributed to out-of-whack power dynamics at home, Sax argues:

“Why are we now so uncomfortable with the notion of authority? Part of the answer, I think, lies in the infiltration of political sensibilities into family relationships. Politically, the story of the last 50 years can be summarized as the empowerment of the previously disenfranchised. People of colour were promised equal rights under the law. Women gained wider access to the workplace and protection from overt sexism. Institutionalized discrimination was lifted, public accommodations were opened to all, women poured into universities, and welfare programs were expanded. The concepts of hierarchy and authority became suspect, politically incorrect. Nobody stopped to say: ‘Yes, it is right that women, people of colour, etc., should have equal rights relative to white males. But what is true for adults in their relations with other adults may not be true for parents in their relations with children.’

“Empower everybody! Why not children, too? Because the first job of the parent is to teach the children, not to consult them.”

North Americans have adopted a “culture of bloated self-esteem” that Sax calls “toxic”:

“Justin Bieber has a song, ‘Born to be Somebody,’ in which he sings “this world will belong to me.” That’s now the epitome of North American popular culture. Walk tall, stand proud, and get lots of likes for your Instagram photo. Be totally awesome. It’s the opposite of the culture of humility. It is toxic.

“The culture of bloated self-esteem leads to envy and resentment. ‘If I’m so awesome, how come I’m working in a cubicle?’ The culture of humility leads to gratitude and contentment. This is not a sermon. This is the consistent empirical finding of multiple large studies.”

How can parents teach humility? Sax offers some tips:

“How to teach humility is a different topic and a challenge, to which I devote one full chapter of my book. But here are some short pointers. First, require chores. Too many parents now exempt their kids from doing chores on the grounds that kids are so busy with school, and hockey, and their social life, that they just don’t have time. The unintended message kids get is that the kid is too important to stoop to do menial chores. Another strategy has to do with vacation time: choose vacations outdoors, ideally in remote areas. Look up at the stars. Give your child a sense of our smallness in the universe. Turn off the screens and connect with the things of nature.”

Sax also points out an important distinction between humility and timidity:

“Many parents are concerned that teaching humility will undermine kids’ self-confidence. But that concern expresses a confusion between humility and timidity. They are not the same thing. Likewise: do not confuse bloated self-esteem with self-confidence. Humility means, among other things, being as interested in other people as you are in yourself. The job applicant who shows a sincere interest in what the interviewer has to say and who listens well (a characteristic of humility) will make a better impression than the applicant with bloated self-esteem who interrupts the interviewer with a monologue about the applicant’s fabulousness.”

“When it comes to teaching virtue, identity seem to work better than behaviour. In one study, students were less likely to cheat when they were told that the researchers were studying the prevalence of cheaters. The proportion of students who cheated more than doubled when researchers instead said that they were studying the prevalence of cheating. Words make a difference. Saying ‘don’t be a cheater’ (identity) is a much more effective instruction than saying ‘don’t cheat’ (behaviour). Apparently kids are more comfortable cheating if they don’t see themselves as cheaters. Likewise, researchers have recently found that young children are more likely to help with a project if they are encouraged to “be a helper” rather than merely asked ‘to help.'”

Kids aren’t born knowing that difference between right an wrong, says Sax. That’s up to parents:

“Teaching manners is a small part of teaching right and wrong, but it is a part. Parents must teach their children:

“No child is born knowing these rules. They have to be taught. When parents step back from that task, as many North American parents have done, the result is the meltdown in the restaurant. But that is only a symptom of the deeper problem.”

Kids in North America teach each other bad habits, says Sax. That’s a fairly new phenomenon, and not generally the way of the world:

“For most of the history of the human race, children have learned culture from the adults. That’s why childhood and adolescence are so long in our species. But in North America today, that’s no longer true. North American kids today have their own culture, a culture of disrespect, which they learn from their peers and which they teach to their peers.

“North American kids today look to other kids their own age for guidance about what’s cool and what’s not; what’s worthwhile and what’s a waste of time; what is right and what is wrong. That wasn’t true 50 years ago or even 30 years ago, but it’s true today. It’s still not true in Switzerland or New Zealand or Argentina.”