The astonishing history of Black people living in Tudor England 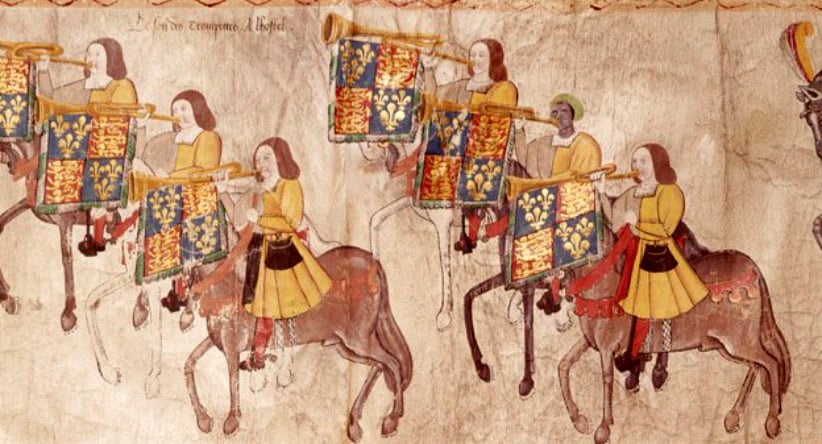 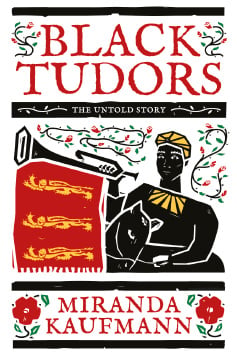 In 1596, in rural Gloucestershire not far from the Welsh border, Sir Edward Wynter, a local lord with a deserved reputation for violence—he had killed a man in a duel and raided in the Caribbean with Sir Francis Drake—was intensely irritated with one of his most senior servants. Wynter summoned John Guy, then in charge of Wynter’s profitable iron works, for a public haranguing that quickly turned worse. The lord abruptly called for another high-ranking servant, his porter Edward Swarthye, to thrash Guy with his rod, which he dutifully did. And so, to the astonishment of onlookers at the time and those who read about it four centuries later, a black servant came to publically whip the white man who later became the first English governor of Newfoundland.

The surprise at the time, says historian Miranda Kaufmann, who retells the story in her eye-opening Black Tudors, was the plain fact of the public beating. “From observers’ accounts, there was something of a class issue because, although it was standard for Tudor masters to inflict corporal punishment on servants, John Guy—a manager educated in Latin, Greek and French—was no ordinary servant. But at no point in the record, does anyone express shock at the idea of a black man whipping a white man.” The surprise now, of course, is that there was a black man in Gloucestershire at all.

In Britain, what’s known as the Windrush myth still rules. That describes the persistent notion, dramatized internationally by the opening ceremony for the 2012 London Olympic Games, that people of African origin first arrived in England on board the Empire Windrush when it docked at the Port of Tilbury in 1948. To the contrary, Kaufmann wryly reports: in all likelihood, there were Africans among the crowd gathered in Tilbury in 1588, when the first Queen Elizabeth gave a stemwinder of a speech to inspire her sailors as the Spanish Armada approached.

Even historians like Tudor specialist Kauffman are surprised to learn how different matters were. “My mind started to wander in an undergrad lecture a few years ago when I heard that the Tudors”—the 16th-century royal house whose most famous monarchs were Henry VIII and his daughter Elizabeth—“had started trading to Africa in the middle of the century.” Having read about early English encounters with Native Americans, Kaufmann was curious to learn what Tudor sailors thought of Africans. “When I looked into it and saw there were actually Africans here in England, I made it my mission to find out more.”

What she found, Kaufmann is sure, was the tip of an iceberg—more than 200 Africans mentioned in public records during the 16th century, and another 160 by 1640. She found some by description in legal or baptismal archives, and others by name. Edward Swarthye would have been unmistakable, even if Kaufmann hadn’t already been aware that Drake and those who (like Wynter) had sailed with him brought several people of colour home from the Caribbean. But other names are more suggestive than definite—“Black” or “Blackman” are possibilities, but many native English with dark hair also bore them. And some are ironic. Several Anglo-Africans had the surname Blank, possibly imposed on them by the same English humour that called Robin Hood’s large second-in-command Little John.

One Kaufmann found by illustration. Royal trumpeter John Blanke is one of the stars of the Westminster Tournament Roll, a 20-metre roll of vellum depicting the two days of jousting that followed the birth of a son to Henry VIII in 1511. “He’s in it twice,” says Kaufmann, “part of the court procession to and from the jousting field. He definitely the figure everyone examining the roll notices, standing out from the crowd with his dark skin, and he’s the only one wearing a turban.” Does that mean Blank was a Muslim from North Africa? Not necessarily, cautions the historian. “We have records of Henry and his courtiers dressing up in Turkish or ‘Moorish’ fashion, and it’s possible the king might have insisted on his only black trumpeter adopting exotic garb. And in 1512, after five years of royal service, Blank married, which meant he was—or had become—a baptized Christian. More certain than his faith is that Blank was a skilled musician. A place among the King’s eight trumpet players was as good a gig as he could have found in England, bringing him £20 a year—three times the average servant’s wage—plus food, lodging and a clothing allowance.

The 10 Africans Kaufmann highlights earned their living in a wide variety of ways. Reasonable Blackman, who sounds as much Puritan as dark-skinned, was a silk weaver. Mary Fillis, who arrived in England as a six-year-old with her Moroccan father, a basket-maker, worked as a seamstress and domestic servant. Jacques Francis was a skilled salvage diver, part of the recovery efforts launched after the sinking of the Mary Rose (the Tudor Age’s equivalent of the Titanic disaster). Anne Cobbie was a sought-after sex trade worker, a “tawny Moor” who could charge five times the going rate, a fellow prostitute once testified, “because of her soft skin.” Many, unsurprisingly, were sailors; privateers and pirate ships became ever more open to black mariners over the coming centuries—of the 100 sailors on Blackbeard’s notorious 18th-century flagship, more than 60 were black.

Others laboured as translators. Cadidi-biah, ruler of a prosperous territory that straddled the borders of present-day Sierra Leone and Liberia, sent his son Dederi to London in 1610 to learn what he could about these potential new partners. Dederi stayed two years with a haberdasher and Guinea merchant, long enough—in the opinion of one literary historian—for his father’s name to have inspired Shakespeare’s Caliban, before returning home to manage Caddi-biah’s English trade. The English were as apparently tongue-tied then as now in learning other languages—Kaufmann laughingly describes one trader’s account, where the English “were reduced to communicating with the locals via the universal language of baa for sheep and moo for cow.” Traders resorted at times to kidnapping native inhabitants, hoping to be forgiven when they returned the victims, presumably versed in English, on the next voyage.

That backfired spectacularly in the case of Coree, a young man snatched near the Cape of Good Hope, who proved adaptable, quick-witted and shrewdly observant. He eventually came home to tell his people how little the English valued what they offered and how much they coveted what they sought—the Africans should raise their prices. The traders weren’t restrained in expressing their regrets at the outcome of their own plan. “It had been good in my opinion,” one merchant wrote home angrily, “either Coree had been hanged in England or drowned homeward.”

But central to Kaufmann’s sketches is that all of the Africans earned their living in wages. None were slaves, not even those who came to England as the personal possessions of slave-owning Spaniards or Portuguese—those legal ties, often to the surprise of both master and slave, were automatically dissolved upon arrival. England simply had no law of slavery nor, in Elizabethan times, any economic interest in developing one: the English, who later dominated the transatlantic trade, did not begin large-scale slaving until the 1640s. As late as 1645, when a Massachusetts ship returned home from Africa with a cargo of slaves for sale, the colony recoiled in anger, arresting the captain and crew for the “haynos and crying sinn of man stealing,” and returning the captives to West Africa at public expense. Yet, a half century after that victory of the colony’s Christian morality over its self-interest, economics were triumphant and Massachusetts was at the heart of a burgeoning slave trade.

A different picture emerges from the 16th century. The utter lack of master-slave relations (as opposed to commonplace master-servant relations) in Tudor times is reflected, Kaufmann believes, in what is missing from the historical record—signs of overt racial discrimination. What shocked observers of Edward Swarthye beating John Guy was the aristocratic high-handedness of it, not its reversal of an iconic emblem of racial hierarchy, a white man whipping a black man.

Kaufmann’s discoveries are part of the larger story of the first globalization in English history, of England moving out into the world, dispatching ships to every part of it. But the aspect she focuses on has been obscured in English-language history. Globalization always cuts both ways: the world was also coming to England. And sometimes settling down in it.