The Best Show: An anti-'Portlandia', for the rest of us

A cult show/podcast featuring the fictional city of Newbridge, N.J., sees a revival 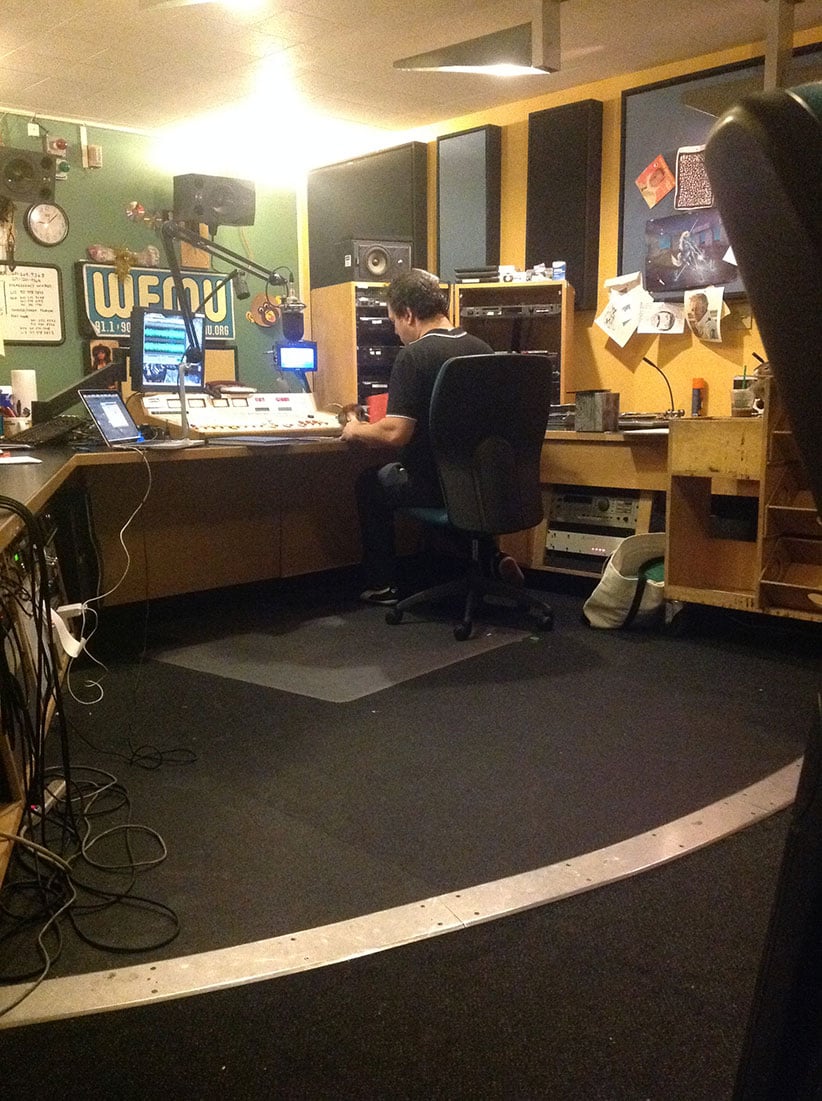 On Dec. 17, 2013, when The Best Show went off the air, there was a collective groan from fans of indie rock and alt comedy everywhere. Broadcast for 13 years every Tuesday night on the New Jersey community radio station WFMU—and globally online—The Best Show was a patchwork of call-in talk radio, music, interviews and comedy, all overseen by alternatingly bubbly and grumbly host Tom Scharpling. Along for the ride was Scharpling’s comedy partner, Jon Wurster (drummer of indie bands like Superchunk and the Mountain Goats).

The show was a cult hit. When it ended, fans crowded Toronto’s Royal Cinema for a musical tribute followed by the final broadcast—more than a hundred strangers huddled in a movie theatre, looking at a blank screen.

Now, after a year of retooling, Scharpling and Wurster are back. Late in 2014, a year after the WFMU broadcast went dark, The Best Show was revived as a weekly podcast. And an exhaustive, 16-disc box set was recently released via Numero Group, a Chicago-based label known for reissuing archival recordings and folk, soul, hard rock and gospel music. The label’s curatorial mandate seems almost anthropological, so at first glance, it’s a weird fit for a massive release of scripted, comedic radio calls. But then, The Best Show has indexed the eccentricities and peculiarities of the made-up city of Newbridge, N.J.

The highlight of any Best Show broadcast is a semi-scripted call between Scharpling and Wurster. Posing as a hapless caller, Wurster assumes one of dozens upon dozens of comedic personas, all living in or around the fictional borough of Newbridge: a place where Kiss bassist Gene Simmons owns a Toyota dealership and where the buildings are infested with mice wearing tiny capes. Among his most memorable: Roland “the Gorch” Gorchnick, an aging greaser who claims he’s the basis for the Fonz on Happy Days; two-inch-tall white supremacist Timmy Von Trimble; and Mike Sajak, a recidivist petty criminal and older brother of Wheel of Fortune host Pat Sajak. Recently, he even posed as Jersey’s favourite son, Bruce Springsteen. In character, Wurster regales Scharpling with personal anecdotes that reliably proceed from the banal to the surreal.

In its way, the overstuffed Best of the Best Show box is its own kind of imagined anthropological document. It’s a lot like Fred Armisen and Carrie Brownstein’s popular sketch show Portlandia—just dumpier. Where Portlandia skewers couture brunches and the mores of bespoke hipsterism, Best Show’s Newbridge feels like a pitiably funny version of blue-collar middle America—a Springsteen song turned inside out. “I’ve never thought about it that way,” says Wurster, “but that makes sense. We could never have asked for a better encapsulation of this world that we’ve built in this box set.”

While Wurster admits winnowing down hundreds of calls into 16 CDs was “torturous” (Scharpling, no cheerier, calls the process “absolutely horrible”), it’s clear that both see the release as something of a culmination of the show and of their work as a comedy duo.

The podcast revival has been beset by tragedy. In January, Scharpling’s father passed away. His grandmother died shortly after. He plowed through, paying emotionally honest and very funny tribute to his family on the show. It’s one of the best things about this comedy show: the way a tetchy curmudgeon bares his vulnerability without making an overstated pageant of it (like, say, fellow podcaster Marc Maron). For listeners, it’s oddly buoying and cathartic. Callers regularly dial in to express their fondness for the show and how it helped them through their own rough patches. “I need a Best Show,” Scharpling lamented during this recent dark period. “Where’s my Best Show?”

The Best Show may be that, too. “I don’t have anything in my life as remotely as enjoyable or fun as working with Tom,” says Wurster. “I love all the bands I play with. But this makes me happy in a way that nothing else does.” The feeling seems quite mutual. “It’s just two people,” says Scharpling. “It doesn’t have to go through executives or a record label. If we’re both laughing at it, then we do it on the radio. And that’s it.”

FILED UNDER: The Best Show