His childhood was filled with adventure. He became a hardworking fisherman with a fearless love of the sea. 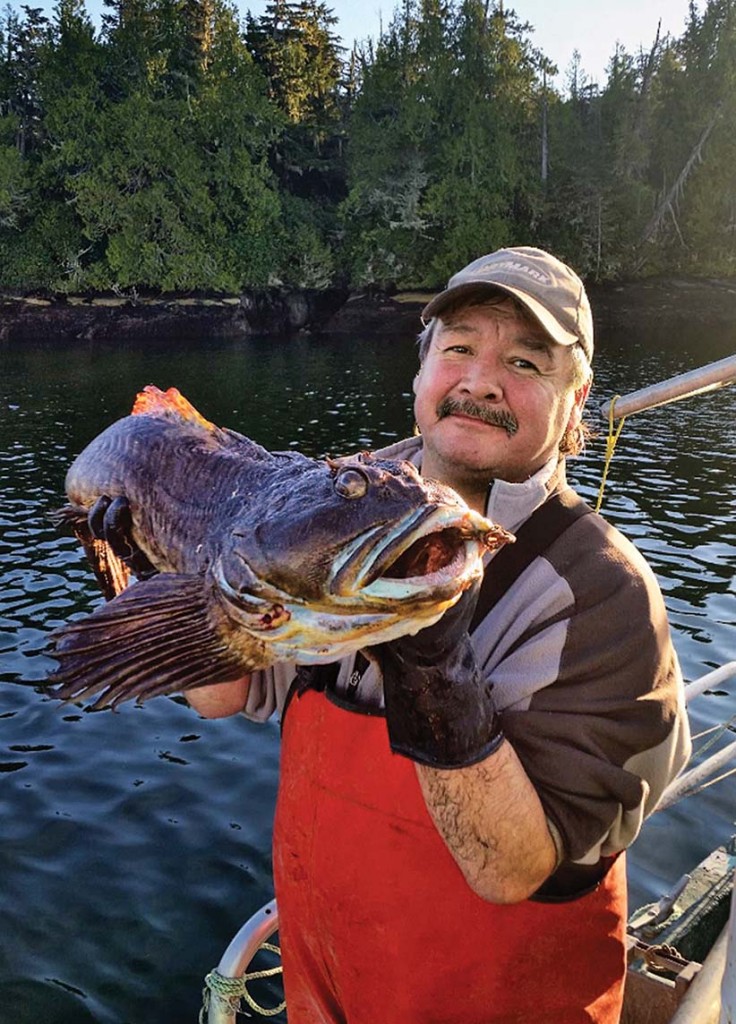 Mel Rocchio was born in Comox, B.C., on Nov. 7, 1965, to Bob, a fisherman and logging-truck driver, and Rebecca, a member of the ’Namgis First Nation. Mel had six siblings­—Jim, DeeDee, George, Doug, Bob and Becky. Growing up in the tiny village of Zeballos on Vancouver Island’s northwest coast, Mel had an adventurous childhood. He explored abandoned mines, climbed mountains, dirt-biked, camped and canoed.

When he was nine, Mel, along with Doug, who was 13, and a young friend loaded two canoes with sardines, bannock and corned beef. Following Bob’s instructions to paddle close to shore and his recommendation of when best to cross Esperanza Inlet, they set off on a multi-day trip. At one point, paddling to Catala Island with blistered hands, “we started hitting 30- to 40-foot rollers,” recounts Doug. He commanded them to turn around for shore; they risked being capsized by an incoming wave if they mistimed the turn. Mel just calmly paddled, unperturbed by the sea’s danger.

Mel loved animals, and one day climbed a tree to see a crow’s nest. Before Doug could warn him that adult crows abandon their nests if disturbed, Mel picked up the two chicks. Told of his error, he decided it was his duty to bring the baby birds home. One was given away; the other, named Henry, became a family pet, raised on a mix of canned milk and dog food. Henry followed Mel everywhere, even regularly flying through a broken school window and disrupting classes with his cawing.

Mel’s parents split in the late 1970s. Rebecca and the kids eventually moved to the small town of Alert Bay, B.C., where she worked as a cleaner. To help out, Mel quit school in Grade 8. Always a hard worker and quick learner, he held a variety of jobs. He and his brothers worked 10-day stretches in logging camps. He learned to drive track skidders and excavators, and was a talented self-taught mechanic.

Mel got started in the commercial fishing industry working at a fish plant in his teens. Soon he was working aboard trawlers fishing salmon, long-liners going for halibut, prawn boats and seiners in waters stretching from Oregon up the coast to northern B.C.

In the winter of 1996, Mel, living in Port McNeill, B.C., ferried to Alert Bay to do construction work. On Boxing Day, he was in a pub playing pool. Svea Svanvik, an administrative assistant for the local band, was there too. They hit it off. “I just thought he was so handsome,” she recalls. “And he had a really good sense of humor.” But the relationship had a hiccup at first. “I have an unusual name and he kept calling me Sophia!” Svea laughs.

On Aug. 1, 2003, they married in a double wedding along with Svea’s sister Sylvia and her fiancé. Though Svea and Mel never had children, kids gravitated to him. One year, he made a few neighbourhood kids wooden rifles. Soon there were small knocks at their door with more children begging for the toys. Mel happily made more. Just before Sylvia passed away in 2013, she asked Svea and Mel to be grandparents to Jacob, now four, and Sylvia, three, the children of her two daughters. “We took that very seriously, and my husband was known as Papa Mel,” says Svea.

Mel was often gone for long stretches while on commercial fishing boats. He loved the adrenalin rush from the work, the scenery was often stunning and the money was good, says Jim. “He was kind of fearless,” says Svea. She worried when Mel was at sea, though he’d reassure her, “I am strong like boat!”

He fished during his downtime, too, and if he had a big haul of crabs, he’d drive around Alert Bay handing them out to anyone who asked. He was just as generous with his mechanical and carpentry skills, fixing people’s cars for free or helping with community projects.

On Monday, March 6, Mel was working aboard the 19.5-m, wood-bottomed Miss Cory in calm waters three kilometres offshore from Cape Lazo, B.C. As the five-man crew pumped their catch into the ship, the stern began sinking—possibly due to aged planks popping under the haul’s weight. Mel rushed down to the engine room to turn on the pumps, but in less than a minute the boat sank in 250 m of water. The other crew were pulled from the water by nearby boats, but it is believed that Mel was trapped in the engine room. He was 51.