The Five Hole: From McConaughey to Ovechkin 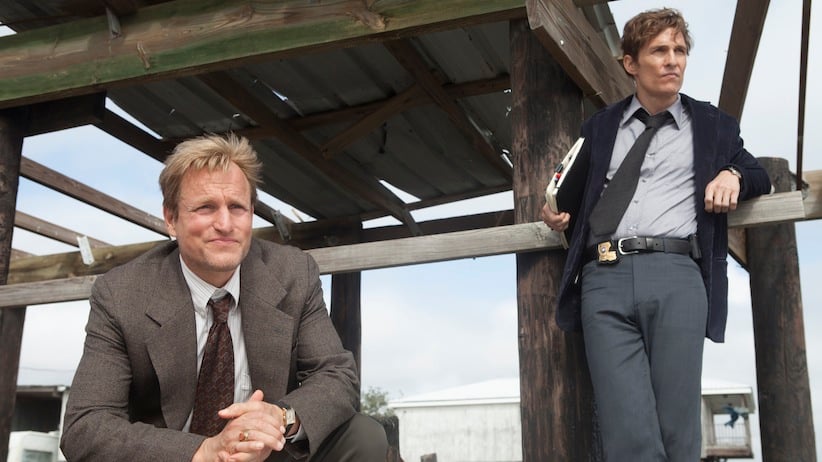 1. Back in September, HBO announced that it would not be producing a 24/7 series leading up to the Chicago-Washington Winter Classic on New Year’s Day. This was tough news to swallow. Immediately, our thoughts turned to all we’d be denied: new Caps coach Barry Trotz lecturing Alex Ovechkin about the importance of defensive zone play; Alex Ovechkin staring off into space and thinking about motorcycles.

The HBO abdication stings even more now that the Capitals are underperforming and Trotz is starting to melt down. Think of the curse words that are currently being invented without our knowledge! Is someone writing them down? SOMEONE SHOULD BE WRITING THEM DOWN! (It’s a personal preference, but I’d like to have them compiled both alphabetically and by body-part reference.)

This dynamic could not be more efficiently constructed to ensure maximum conflict: Trotz, a big believer in the importance of two-way play, and Ovechkin, who acts as though the journey back to his own zone is longer than the trip from the Shire to Mount Doom. And we are missing out. Basically the only way HBO can make this up to us now is to cast Trotz and Ovechkin as cop partners in season three of True Detective. Then we’d be even.

Ovechkin [takes out ear buds; the sound of All That She Wants by Ace of Base can be heard]: Barry, can we stop now for chalupas?

2. The dawn of the sponsored jersey in the NHL is nigh, says the league’s chief operating officer. The age of the corporate emblem is “coming and happening,” John Collins told a recent conference, which was apparently on the topic of Awesome Things and How to Ruin Them.

Actually, I for one am totally fine with this particular cash grab – on one condition: that all coaches, general managers, executives and owners are obliged to wear the exact same ads on their suits.

If Erik Karlsson must endure a small Coke logo on his shoulders, then so too must Senators owner Eugene Melnyk. If Phil Kessel is forced to sport a garish McDonald’s logo on his hockey pants (and listen, he’s probably already got the ketchup stains, so this one is pure synergy), then I want to see that same logo on the trousers of Randy Carlyle. And I insist that the commissioner must wear all the logos, all at once and all the time. I want Gary Bettman walking into his favourite Manhattan restaurant looking like the offspring of a NASCAR driver and an American truck stop.

3. Not content to ruin hockey for us on just one level, the NHL COO went on to say the league is thinking of reintroducing for U.S. audiences the infamous “Fox glowing puck” from the 1990s ­– and that plans are under way to bail from the Olympics and start up a World Cup in 2016 because this new tournament, unlike the Winter Games, would be the NHL’s “intellectual property.” And by “World Cup” I’m sure he means the MasterCard™ Presents the Verizon™ World Cup of Hockey Brought to You by Citibank™. Sure hope Canada makes it to the final and wins the Barrick Gold Corp.™ medal!

4. Do you have a pair of skates and some free time? I’m not sure if you’re the charitable sort – but there’s a long-serving organization that’s badly in need and could really use your help. The group is called the New York Rangers. Owing to suspensions and injuries, their defensive ranks have recently been comprised of Matt Hunwick, Michael Kostka, a couple minor leaguers, two huge stuffed Scooby-Doos that Glen Sather won playing that squirt-gun game this summer at a carnival midway, and that hologram of Tupac. Please give generously of your time.

It was great to see the Buffalo Sabres win one whole hockey game earlier this week – though a little weird to read some of the quotes afterward. Chris Stewart’s remarks, in particular, stood out. After scoring his first goal of the season, he told reporters: “We had a rough October and we weathered the storm. We’re going to learn a lot more about what this team is about in November.”

It is positively adorable that Stewart thinks that a single shootout win marks the end of the storm. It’s like Noah looking up on day two in the ark and saying to a giraffe: “You know what? I think it’s starting to let up!”