One Canadian hero, among many, from the conflict 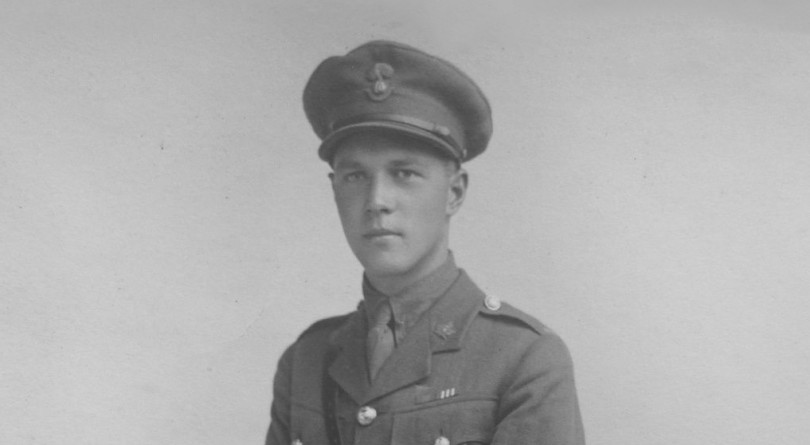 A hero needs courage. A hero needs belief in a cause. And a hero needs the opportunity to demonstrate both. Samuel Lewis Honey was a hero.

Born in Conn, Ontario in 1894, Honey was the son of a Methodist preacher serving rural communities. In 1910, aged 16, he began to teach on the Six Nations reserve near Brantford; the next year, he took charge of a school near Drumbo, Ontario, the previous teacher having quit because he lost control of the students.

The war interrupted Honey’s intention to attend the University of Toronto, and he enlisted in the 34thBattalion in Walkerton, Ontario, in January 1915. By the time his unit arrived in England in the autumn, Honey was an acting sergeant and soon was instructing soldiers in physical fitness and the use of the bayonet. In the summer of 1916, he was posted to the 78thBattalion, raised from the Winnipeg Grenadiers, and he went to France with the battalion as part of the Fourth Division’s 12thBrigade in August 1916.  The hero’s time had come.

In February 1917, Honey’s battalion staged a trench raid. Sergeant Honey “did most excellent work in clearing an enemy communication trench,” the citation for his Military Medal said, “and establishing a block in spite of heavy opposition.” It wasn’t me, Mom—or so the gist of his letter home claimed. “I think the rest of the party deserved recognition as much as I did.”

In April, Honey’s battalion joined the attack on Vimy Ridge. The Fourth Division had the most difficult and highest point to take on the ridge, and Honey played a leading role. The citation for his Distinguished Conduct Medal noted that after his platoon commander was hit, Honey led his mates forward and held his position in the face of unrelenting counterattacks. “I guess I’m a pretty lucky boy,” Honey said. “I came through the thickest of it unscratched.” Posted to England, he was commissioned, and the new Lieuenant Honey returned to his unit in October. As with many of the junior officers in the Canadian Corps by 1917, Honey had been promoted from the ranks, bringing his ability and experience of battle into a leadership role.

Beginning in August 1918, the Canadian Corps played its most important role in the Great War, striking hard at the German lines in northern France. When the Fourth Division attacked across the Canal du Nord on September 27, Honey’s 78thBattalion was in the thick of the fight to take Bourlon Wood and breach the Marcoing Line, the heart of the defences.

All the officers in his company knocked out of action, Honey took over, reorganized the forty surviving soldiers, continued the advance, and took the objective. He located a machine gun nest, rushed it single-handed, put it out of action, and took ten prisoners. His men then beat back four counterattacks. Honey then went out alone that night, located another machine gun nest, and commanded the patrol that eliminated it. The next day, the Canadian advance continuing in the face of fierce resistance, Honey led his men against another strong position. This time his luck ran out: he was hit in both legs and, while ensuring his men held their position, bled to death. Lieutenant Samuel Lewis Honey received a posthumous Victoria Cross.

Lew Honey was a hero. He believed in the cause, and he led by example. His Commanding Officer, Lieutenant-Colonel J. Kirkcaldy, wrote to his parents that “Nowhere have I seen such gallant work as your son displayed…The men idolized him, and as they bore him by me that morning there was a tenderness in their care that only strong men can show.” Most letters to grieving families offered only ritual phrases. This letter rang true.

J.L. Granatstein is author of The Greatest Victory: Canada’s One Hundred Days, 1918.