The invention of God 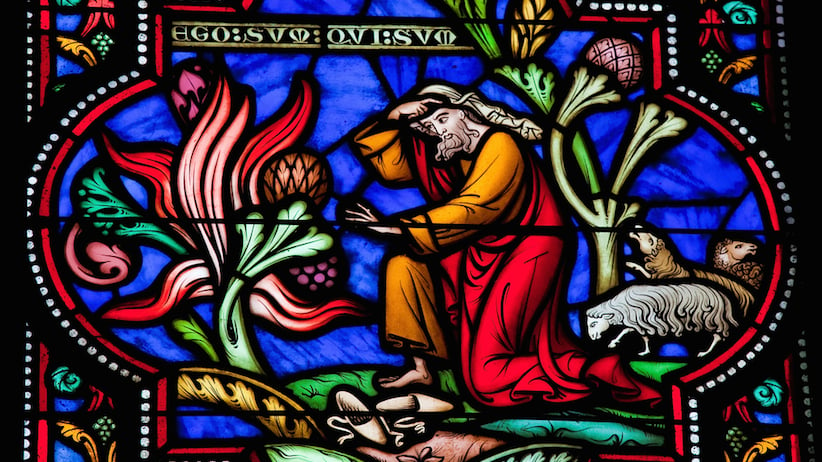 When did the god of the great monotheisms—Allah, Yahweh, Jehovah, the unpronounceable tetragrammaton Yhwh or, as most of the faithful usually style Him (definitely Him), “God,” a common noun turned proper noun—first enter human consciousness as a concept? Iron Age Israel, some 2,600 years ago, is the consensus scholarly answer, among believers and unbelievers alike. Coming from a robustly secular culture, Thomas Römer, a German who is professor of the Hebrew Bible and its contexts at the Collège de France in Paris, has no trouble treating, albeit politely, His arrival as a historical construct in The Invention of God: Römer is interested in the emergence of a deity whose nature is now so familiar that its startling originality no longer startles, a God who is at once the deity of a particular people and the one and only God, creator of heaven and earth.

Römer displays an easy knowledge of recent archaeological and epigraphic studies, and a dazzling hand with philology. The very word “Israel,” first attested about 1200 BCE, is a key part of his argument. “El”—a noun that followed the opposite path of “God,” this time from proper noun to common—meant first the chief god of the Canaanite pantheon and only later “God” as used today. Given the age of the word Israel, and its probable meaning of “May El reign,” the Israelites, Römer believes, clearly once worshipped Him.

Yhwh, a god of storms and war, whose name is far harder to translate than Israel or even to pronounce—given Judaism’s early prohibition on doing so—came later to the land of Israel, from the desert wilderness to the south. Speculation by the early Church Fathers gave rise to the familiar Yahweh as the fully voiced name, but older sources, particularly the short forms embedded in personal names like Yehonatan—Jonathan in English, and meaning “Yhwh has given”—indicate a pronunciation more like Yaho or Yahu. None of this would matter, Römer allows, were it not that the names of gods often reveal their attributes: he leans to an origin in southern Semitic, with Yhwh meaning “he who blows,” the god who brings the storms, whether of wind or war.

His arrival among the Israelites, probably via nomads out of Egypt personified in Moses, who encountered Yhwh in a burning bush on a desert mountainside, may be captured in the Tanakh, in what Römer calls a “memory trace.” Noting that in Exodus the followers of the new god are far more often referred to as ‘am Yhwh, the people of Yhwh, than as Israel, Römer points to a possible meeting of the Israelites and a soon to be new element in their culture, as recorded in Deuteronomy 33:2-5: “Yhwh came from Sion…He became king in [Israel] when the chiefs of the people assembled with the tribes of Israel.”

However Yhwh arrived, he was not alone in the land—there are numerous Iron Age places names with divine elements, from Carmel (vineyard of El) to Jericho (derived from the name of a Canaanite moon goddess), but almost no Yahwist toponyms. He was installed in a temple by the Davidic monarchy, as the Bible records, but he was probably not alone even there, and certainly not at the cult sites outside Jerusalem, the famous “high places” he shared with his consort, Asherah. Her cult was eventually suppressed, as was worship of all other male gods, whose attributes Yhwh acquired, as the monarchy tried to centralize all power in its hands. (Römer finds intriguing evidence that some Judeans did not ascribe the fall of Jerusalem to the Babylonians in 587 BCE to their failure to properly obey god—the explanation of the priestly elite—but to their recent failure to worship the goddess at all.)

But the decisive event that turned Yhwh the one God into Yhwh the unique God, was the fall of Jerusalem and the Jewish diaspora that followed. The end of the state made it impossible to worship Yhwh as the national god or the divine patron of a royal family. In similar circumstances entire belief systems have perished, but the Judean elite countered with what Römer calls “an enormous historical fresco” in the Tanakh, demonstrating that the exile was not a result of Yhwh’s weakness but of his power. He could control the Babylonians (and their gods) and use them as instruments of His wrath against His sinful people. That was the start of monotheism, and of a sundering of political and religious power and religious practice and specific locality, that would in time make the god of desert nomads the God of half of humanity.