The loo Prince Harry used, and other questions of taste in the sale of Meghan Markle's home

Turns out there's etiquette to selling a house with royal connections, and toilets and beds are part of it 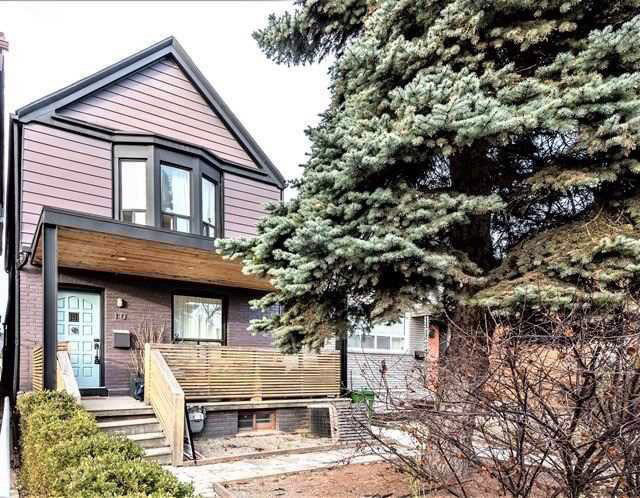 A Toronto house once rented by actor Meghan Markle is shown in a handout photo. (Freeman Real Estate Ltd./CP)

Ten Yarmouth Road is mostly like the other houses in Toronto’s Seaton Village neighbourhood: A single-family detached home with three bedrooms, two baths and an eat-in kitchen. It’s a “perfect home for entertaining,” reads the unassuming real estate listing on Realtor.ca, but it’s who was entertained here that matters—Prince Harry, who for months arrived incognito via dark SUV, to court future princess Meghan Markle.

Officially, the listing uses no royal name-dropping. Unofficially, the not-so-subtle staging lets Union Jack throw pillows wink at nosy royal watchers. A so-called “open house” last weekend checked the IDs of 150 visitors, let in one at a time, who lined up in sub-zero temperatures to catch a glimpse of behind-the-scenes royal life. No doubt all claimed to be legit would-be buyers of the home, listed for nearly $1.4 million.

Media were strictly prohibited from the home, which Markle rented, as was the re-use of stylish promotional photos (ultimately plastered across newspapers on both sides of the ocean and in every corner of the Internet). “We are not commenting on the sale of this home or its former tenants,” said seller Elizabeth Cabral in a curt email. But not before the broker, Daniel Freeman, told the Globe and Mail, “It’s a nice thought to think, wow, Prince Harry used this toilet!”

That gem of an overshare makes Dolly Lenz, CEO of Dolly Lenz Real Estate in New York, cringe. “Toilet and beds are absolutely off limits; that would get you fired around here,” says the agent, who specializes in luxury properties for celebrities, moguls, titans and, yes, royalty. “I just got off the phone for a $50,000 property rental to the most famous living artist in the world.” (Even with prodding, she will not disclose the name.)

Discretion is often demanded, via non-disclosure agreement, but it’s just as commonly an unwritten rule of celebrity real estate. If and when you see Leonardo DiCaprio’s home featured on Page Six of the New York Post, she explains, that’s a deliberate and planned collaboration. “In general, the more eyeballs on a property, the higher the sale. Not necessarily because of Leo—because of the eyeballs.” If the sellers of 10 Yarmouth Road didn’t want this media attention, explains Lenz, the whole sale should have been made private. 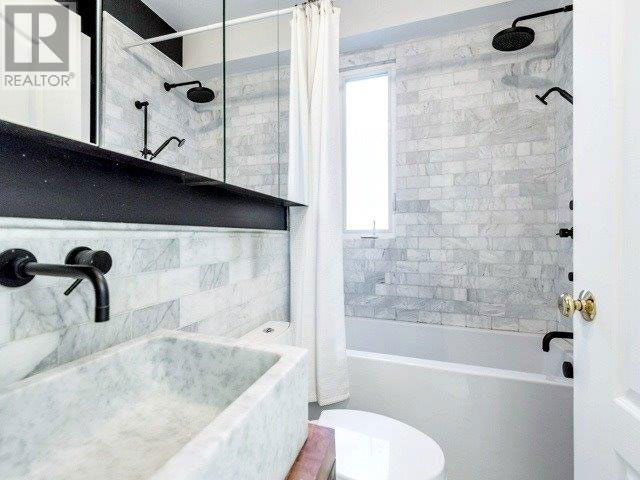 The loo, as it appeared on Realtor.ca 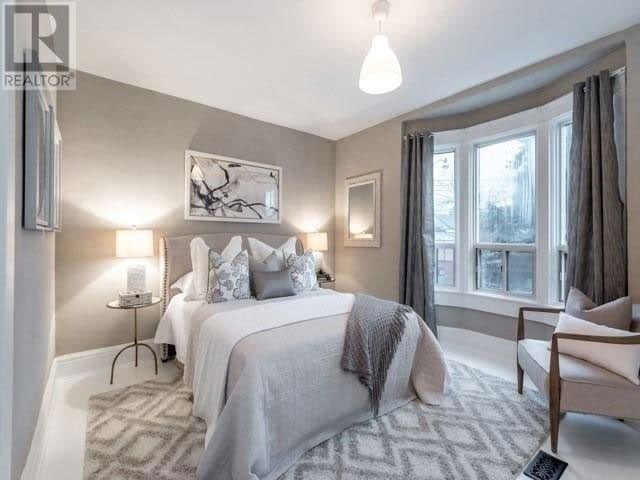 The listing shot of the master bedroom at 10 Yarmouth Road

That a royal romance unfolded in Toronto at all feels like fluke—him in town for the Invictus Games, her an up-and-coming American actress on set—so perhaps starstruck Toronto realtors are new navigators of an out-of-their-league deal. Or maybe it’s no accident at all. “Somebody deliberately brought attention to this, I promise you,” says Toronto agent Kate Watson. In a decade and a half selling homes in the city’s west side, Watson’s only seen the sale of 2006 Jane Jacobs’ home compare, and just barely. Few celebrities of Markle’s newfound magnitude call Canada home, and though big names like Drake or Prince have owned impressive Toronto real estate, it’s never with this kind of local accessibility. “What makes this wonderful is that it’s a real of-the-people’s house. It’s aspirational in a way that Beyoncé’s $88-million home is not,” says Lenz.

The monarchy’s real estate habits surpass even Beyoncé’s—for generations, they mostly swap Kensington Palace apartments and country estates as necessary. “The Royals are very protective of their private space and cameras are rarely allowed in,” says Katie Nicholl, royal expert and author of the upcoming Harry: Love, Life and Loss. In all the years of Wills and Kate, for example, we’ve only once seen inside the Cambridge’s residence. And though Prince George in his monogrammed baby bathrobe is adorable, it was always a carefully planned PR affair.

RELATED: Who put the sparkle on Markle? Five answers about the royal engagement.

Not so for Markle, who might unwittingly become the first post-social media princess. “Meghan has been very candid in the past,” says Nicholl. “We’ve seen her elaborate and expensive shoe closet, her artfully arranged vases of peonies and her impressive collections of interiors books.” Someone’s home is a true reflection of who they are, and though it was good while it lasted, don’t expect such intimacy in the future. “We won’t be seeing the inside of her house again,” promises Nicholl.

Which is perhaps exactly why the house on Yarmouth Road has so much appeal, and why the owners have chosen this moment to capitalize. “When your tenant leaves is a great time to sell anyways,” says Watson, “but in this case it’s probably not a coincidence. Now’s a great time to maximize.” They began taking offers on Wednesday afternoon, and by Thursday evening, accepted a deal with an unidentified buyer. But now as always, it’s buyer beware: “Notoriety is not a great feature in a home,” warns Watson. “I don’t want to live somewhere where tourists pose for photos outside.” Once the deal’s done and staging’s over, she says, it’s just really her floors and walls. And toilet.