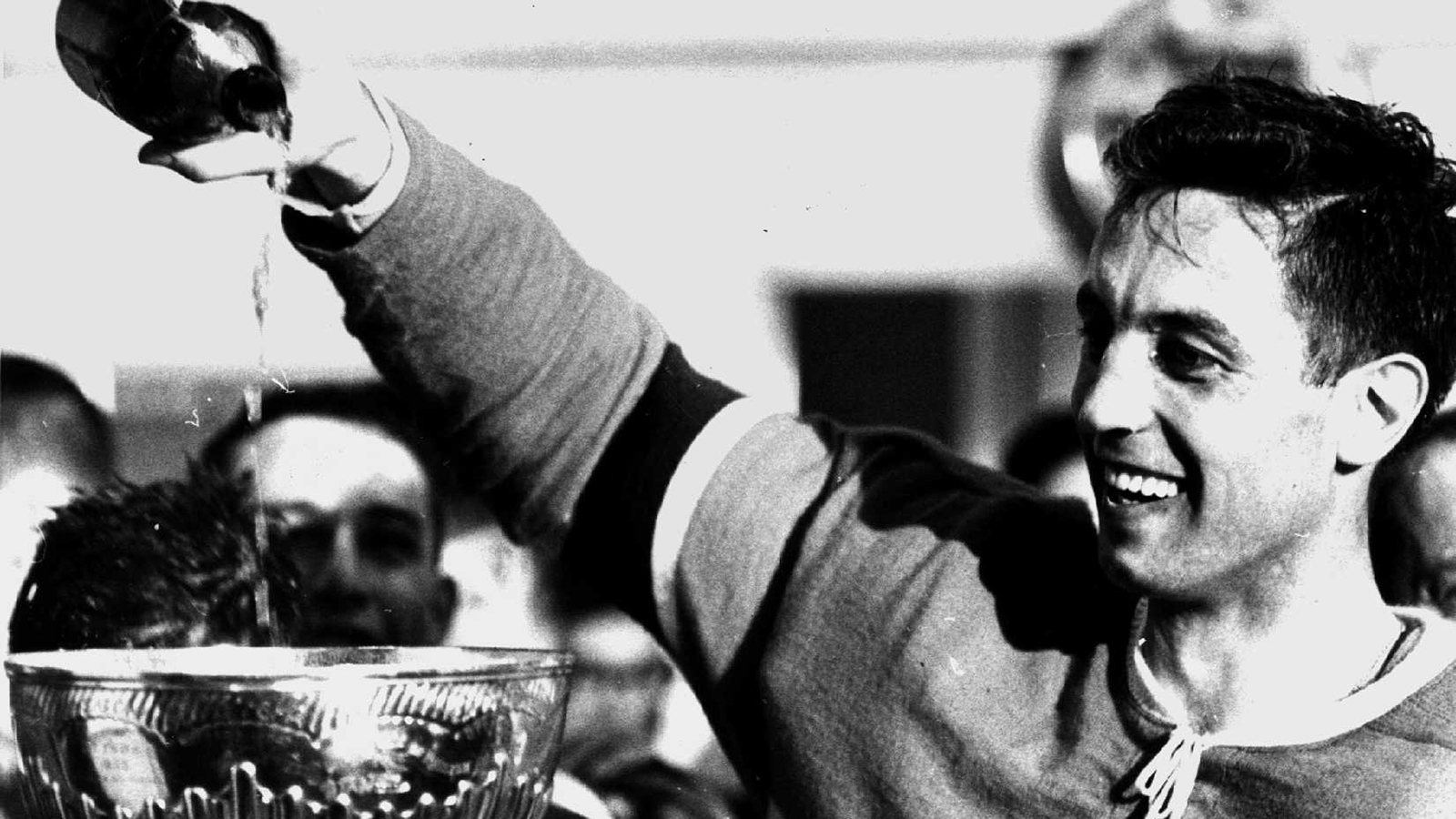 People fall in love with myths and, in Canada, there is no greater myth-making machine than the Montreal Canadiens. Quebec’s myths are rife with matters of the tongue; every dominating pro athlete birthed in this lovely place is, in part, a reminder to the rest of the world of just how bloody good we can be. This mixture of pride and spite can be an ugly thing in some societies. In Quebec, whose revolution was so profound and peaceful, we dubbed it “quiet,” it regularly filled the Montreal Forum.

Maurice Richard could play hockey like blazes, but his freaky-eyed stare could start riots. Guy Lafleur’s wrist shot confounded goalies for more than two decades, but his mane of blond hair and Boomer-inspired, disco-infused individualism made him a hero. Patrick Roy could appear to stop pucks with his temper.

Jean Béliveau, the towering Montreal Canadiens centre who died today at 83, coasted into this myth-making game early in his career. The eldest of eight children born to an electrical linesman Arthur and housewife Laurette, he was the embodiment of rural Quebec’s reigning conservatism, where church, hard work and modesty were life’s diktats. This—and his six-foot-one, 200-lb. frame—would come to define his style of play: methodical and Oldsmobile-smooth, with just a flash of teeth, lest anyone thought he was soft.

If Maurice Richard is God, and Guy Lafleur is Jesus, then Béliveau was the Holy Ghost—the middleman who spanned two radically different hockey eras without changing a bit, without the Father’s vengeance or the blond petulance of the Son. He wore his hockey uniform, or he wore a suit. He stayed married to the same woman for 61 years.

He was also hockey’s first superstar holdout, spiting the famed Habs to play for the Quebec Aces. The Canadiens organization had to buy the Quebec Senior Hockey League, just to get Béliveau’s attention. In 1953, Béliveau became a staple of Canadiens GM Frank Selke’s legendary farm system. No fewer than 507 goals and 10 Stanley Cups followed. Coaxed to stay on the ice for just one more year, he won his last Cup at age 39 in 1971. He played old—and, unlike Lafleur, he played old well, with six goals and 16 assists during his final stretch.

Though he never played again, the Béliveau myth only grew after his retirement. Unlike Richard and Lafleur, he didn’t become publicly belligerent with the Canadiens front office and its endless requests to promote the brand. Nor did he shill hair dye or erectile medication. One of his few angry sorties came in the 1990s, when he pointed out how the likes of Bobby Orr, Gordie Howe, Richard and himself had yearly pensions equalling less than 20 per cent of the outgoing NHL president of the time.

Though a staunch federalist, he wisely avoided politics, twice spurning a job in the Senate and one as governor general. Instead, he continued to watch myths in the making by taking in countless Habs games at the Forum and, later, the Bell Centre. He’d slip into the dressing room from his seat at centre ice, minutes before the end of the periods, his knotted tie visible above his Canadiens jersey. It’s perhaps the best compliment you can pay the Béliveau myth: It was allowed to grow old gracefully.