The Memory Illusion, or how to create fake memories

What false memories are teaching us about how remembering works 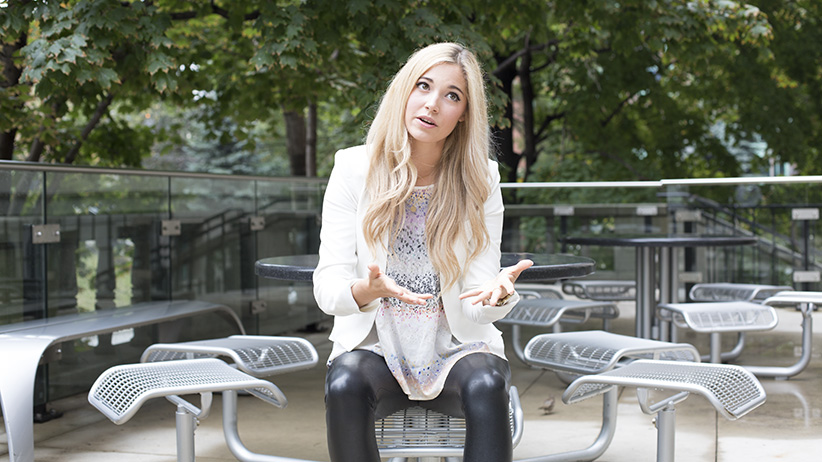 Julia Shaw doesn’t believe in facts as a presence in our memories, which the rest us consider a historical as well as emotional record of our lives. Or, for that matter, in the idea of a single agreed-upon reality. “I just believe in the concept of personal reality,” says the 29-year-old Canadian psychologist. That would be because Shaw, a senior lecturer in criminology at London South Bank University, is one of the world’s few experts in what’s called complex autobiographical false memory. And also because she routinely installs false memories in her research subjects.

“In essence what I do is I get people to confuse their imagination with their memory,” says Shaw, whose unsettlingly titled book The Memory Illusion presents a distillation of current scientific thinking on human memory. Her research involves inviting pre-screened university student volunteers to come to her lab. “They know they’re part of a study on memory,” Shaw says. They think, though, that it’s a study on real memories, and they know the psychologist has spoken to their parents, who have provided information about them. “First, we talk about a true memory, something that happened to them between the ages of 11 and 14—and then I switch and say, the other event your parents reported was a criminal event—an assault, assault with a weapon, or theft—that ended with police contact.”

So what happens when Shaw has the students repeatedly picture—in an attempt to “remember” it—committing a crime that never happened? They begin to remember—“with details,” says Shaw. “They’ll start with something like blue sky: ‘I remember a blue sky.’ Since we’re doing a visualization exercise where they’re picturing what it could have been like to have experienced this event, they start to get these details over the different interviews. By the end of three weekly sessions, 70 per cent claim they remember what happened and why it happened in detail: context, situation, what it felt like, smelled like, tasted like, looked like. They have multi-sensory details by the end of it.”

Small wonder Shaw, to put it mildly, is a skeptic about the factual value of memory. And anyone who thinks—in the absence of a curious scientist pushing buttons in their brain—their memories are rock-solid, really needs to think again.

Short-term memory is good for about 30 seconds, which is why we have to keep muttering a phone number to ourselves over and over—each time resetting the clock—until we can somehow record it. And why too, people often have difficulty remembering the names of those they have just met: The human brain is taking in, by all available senses, information it thinks far more important than a label: what attitude is the new acquaintance projecting (hostile, friendly, neutral); is their hand extended; are they attractive? But some things do come through the 30-second barrier, to be stored in longer-term memory. That’s when the real trouble starts.

There’s no stability in the human brain, Shaw points out. Neurons are connected in a flexible manner, and the connections between them change constantly. “Your brain a minute ago is different than your brain now, and represents a different person. This conversation we are having is changing our brains while we’re having it. Memory is associative, and associations can easily be broken and recombined.”

Take that basic “gushy” brain, as Shaw calls it, and mix it with humanity’s intensely social milieu. Everything we do with our memories—talk about them, write them down—has an impact on them. When memories acquired by sight or touch or other non-verbal means are verbalized, the recollections are changed by the process itself. This changed memory not only becomes a rival to the original, it tends to win the struggle between them, says Shaw, “because verbal memories are easier to access.” (Writing simply adds another stage in alteration: every act of transmission is an act of creation.)

That bears only on the one-way process of getting our own minds settled. “Once we start to tell other people about our experiences, and they’re telling us their experiences, we’re absorbing pieces of their memories and they’re absorbing pieces of ours.” A kind of consensus group memory arises, one that probably had a powerful evolutionary impetus, Shaw believes, because group memory is good for group unity.

That’s why so-called flashbulb memories— where you were when JFK was shot, when the Challenger exploded, when you first heard of 9/11—are as mutable and as prone to neighbourly contamination as any other memory, despite once being considered immune to distortion because of the emotional impact involved. One contributor to an online false memory archive described two “facts” balanced in his mind: a clear memory of being in a specific high school classroom, watching the Challenger disaster live on TV, and the knowledge that his family had moved away from that city two years before. Emotional arousal does help fix recall, but often narrowly. A gun pointed at your face will certainly be remembered, but the memory may be literally of staring down the barrel, while missing key events to either side.

There are numerous other factors in our creative, imagination-rich minds that distort our memory, including biases in what catches our attention and perceptual flaws. (Just ask any magician.) In short, what makes memory more malleable than we realize—or want to admit—is the meeting of our plastic brains and social lives. False memories apparently rooted in childhood experiences are near-universal, including being in the womb, being born or watching the mobile spinning above the crib. Recall of the birth moment is good for nearly 15 million hits on Google, but even the last in that list—seemingly more plausible recollections of life as an infant—is a non-starter. Babies of that age haven’t yet developed the neural capacity for memory storage. Probably as many young child visitors to Disneyland recall shaking hands with Bugs Bunny as Mickey Mouse, even though Warner Brothers characters are not welcome there.

Such recollections can last, unquestioned, well into adulthood. But when datable by their content, people do often realize on their own or from a family member’s response that the memory is untrue. Another contributor to the false memory archive wrote of his clear recollection of being parked in a pram in front of the new, scaffold-surrounded, cathedral in Coventry, Britain, rising up to replace the one destroyed by the Luftwaffe. It was much later in life, after a visit to the cathedral brought back the memory, that the contributor, born in 1979, realized that the new cathedral, completed in 1962, had never been encased in scaffolding during his lifetime.

More common are memories more disputed in a he-said-she-said way than proven false. Vietnamese-American Viet Thanh Nguyen, one of the finest contemporary writers on memory and its meaning, was four years old when his family joined the exodus of boat people refugees. Nguyen remembers soldiers firing at their boat; his older brother, seven at the time, denies it ever happened.

All of this comes into play in Shaw’s other job, her work—often for the defence—on “cold cases” in Britain’s legal system. “With the historical child sexual abuse cases I work on in the U.K., often involving care systems run by religious institutions, there can be 150 people involved. Some will say that X happened, others will say X didn’t happen, and some that they were physically abused, but not sexually abused. There’ll be incredibly conflicting accounts. There’ll be huge problems with regard to reliability of memory because it’s 50, 60, 70 years ago that some of these things happened. And the police want to know how to ask the right questions.”

The right questions are easiest to sum up in the negative: do not assume there are repressed memories of trauma that can be brought to the surface by probing questions or imaginative recreations: those are exactly the techniques Shaw uses to instill false memories. The complexity of the issue is immense, she acknowledges, because child sexual abuse is real, just as “rich false memories” of it are.

What the justice system and people in general need to do, says Shaw—who is disconcertingly cheerful about her work of demonstrating how “hopelessly fragile and impossibly inaccurate” our memories are—is question memory constantly. That brings to mind the mental states of those who realize their memories are false. Some, like the Challenger and Coventry cathedral archive contributors, still have in their minds what Shaw calls the “non-belief” memory and the real one, and do not report being troubled by them. (Another archive contributor feels somewhat differently: she recalls watching, with her mother, the funeral procession for the singer Lulu—which has yet to happen—and reports that, “It weirds me out now whenever I see her alive and doing something new.”)

But what of her lab volunteers? When Shaw debriefs students, “I explain what I’ve done, that the event didn’t happen, and they can go talk to their parents, who are my informants, who will tell them it didn’t happen.” She thinks that’s enough to convince any reasonable person. Nonetheless, she is planning a follow-up study in two years, to investigate “what’s going with them.” The psychologist would not be surprised to find that the false experiences still linger in the students’ minds— real in feeling, if untrue in fact—a part of each one’s personal reality.