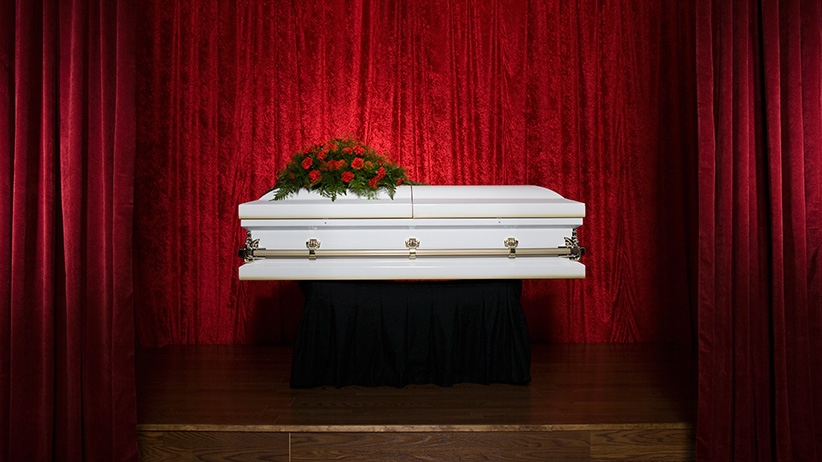 This article originally ran in February, 2018

Robert McCrum is 64, a thoroughly secular modern Briton, a literary man—author, publisher and long-time books editor for the London newspaper the Observer—and the survivor of an inexplicable stroke that felled him more than 20 years ago. All solid reasons for him to take the title of his 2018 book—Every Third Thought, about the approaching deaths of the largest generational cohort in Western history—from Shakespeare’s philosopher-mage Prospero: “And thence retire me to my Milan, where/Every third thought shall be my grave.”

McCrum is also aware that his 1995 stroke—which left him with a temporarily paralyzed left side, including an arm “like a dead rabbit,” and a permanent limp—concentrated his mind wonderfully on the reality of death. All human beings come to know they will die, but none believes it in their bones (or their unconscious), as McCrum neatly sums up Freud’s thinking on the ultimate cognitive dissonance. Until, that is, it’s staring them in the face. McCrum believes his baby boomer contemporaries are starting to stare back.

Every Third Thought is ﬁlled with the voices of neurologists and psychologists, hospice workers and cancer patients, novelists and poets, and also ordinary, thoughtful Britons, as McCrum surveys attitudes in his rapidly changing society. The numerous talks he’s given on his book have drawn up to 300 people, as interested to hear what their neighbours think as to listen to the author. And what he hears back from them, McCrum adds in an interview, is considerable uncertainty.

MORE: The rise of the death doula

Medically assisted suicide remains illegal in the United Kingdom, but public engagement with the issue is on the rise. “When I say at those events, ‘Hands up, those who believe in assisted dying,’ almost every hand goes up,” says McCrum. “Then I say, ‘Hands up, those who want to subscribe personally.’ It’s a lot fewer, a lot. So there’s a general belief it’s a good idea and a less strong belief that it would be good for me or for you, for us.” Then, with genuine curiosity, McCrum switches roles with his Canadian interviewer to ask, “Have you had the conversation with your kids yet?” as though, in a country where assisted dying was decriminalized in 2016, that must be a question as prosaic as, “Have you made your will yet?”

Underpinning the widespread assent to the idea of assisted dying, McCrum notes, is secular society’s commitment to personal autonomy as its highest value. The same validation of self is intimately connected with his generation’s greatest terror. Boomers may be the ﬁrst generation in history to be more afraid of what it sees as the living death of dementia than it is of death itself. “That’s why more of my book is devoted to mental health than physical, because that’s what’s preying on people’s minds.”

And with good reason. There are perhaps 10 million Alzheimer’s patients in North America and Western Europe; by 2030, there will be 20 million. An Alzheimer’s diagnosis is made every three minutes in Britain. “The assault of old age on the brain is an assault on the self,” McCrum writes, and the fear it can invoke is the darkest fear of all—King Lear’s dread of losing his very identity: “O let me not be mad, not mad, sweet heaven/Keep me in temper, I would not be mad!”

McCrum’s chapter on Alzheimer’s is one long downbeat, given his experts’ adamant assertion that dementia amelioration is so far beyond the horizon that no one approaching prime Alzheimer’s years will see it. But that message serves mainly, in an oddly comforting book, to clarify matters: old age, with all its “worms of regret,” will inexorably bring an end to our individual worlds, perhaps even before our actual deaths.

What we all need, concludes McCrum, is a narrative that guides us through the endgame. The devout have one, and, non-believer that he is, McCrum confesses his love of Christian ritual. “I’m very affected by the theatre and the music of religion. I’ve been to several funerals in the past few months, with or without religion, and the ones without were shambolic. Ritual gives everyone a place in a greater story, especially in regards to family, the interrelationship of husbands and wives and children and ancestors.”

So where does McCrum ﬁnd his narrative? In literature, of course, but particularly in writing that reflects the long intersection of faith and art in Western culture. He loves the “magniﬁcent, consoling” King James Bible, and his personal narrative is tied up with it, as well as ﬁction like Tolstoy’s The Death of Ivan Ilyich, and virtually anything written by 17th-century poet John Donne. Together they inspire acceptance of what McCrum calls the sense of “nowness” demanded by age, the need to appreciate each day as it comes, until there are no more days.