The other problem with ‘Q'

Colby Cosh on why the fans of Q rushed, initially and shamefully, to defend Jian Ghomeshi 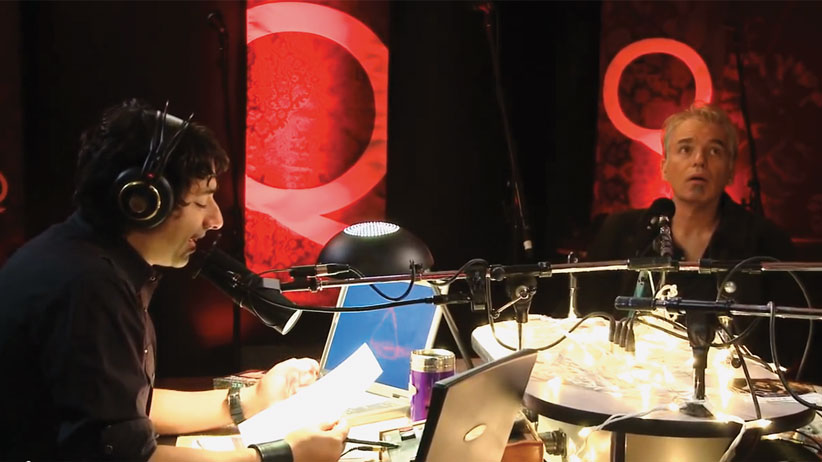 Is Jian Ghomeshi, as of this moment, the most comprehensively humiliated person in the history of Canada? It is hard to imagine another candidate. As the star of CBC’s Q—let’s just review the chain of events here—Ghomeshi started to get nervous about his reputation for behaving disrespectfully to women. He demanded a pre-emptive court-martial from his employer, hoping to establish that he didn’t have a problem.

He got fired when his dossier of visual materials somehow failed to demonstrate the groovy consensuality of his sadistic bedroom activities. He decided that losing his rag publicly on Facebook was an appropriate follow-up to this. And then he disappeared altogether, as nearly a dozen women, appalled by his protestations of innocence, came forward with converging stories of not-so-groovy never-signed-up-for assault.

Ghomeshi’s suicide bombing of his own reputation led some writers to praise him, in an odd combination of handwashing and valediction, as a great host and interviewer despite his sins. I am afraid this goes to show that the defensive instincts of the Torontonian legacy-media claque operate even in a time of shame and soul-searching. If Ghomeshi really had any talent, it is hard to explain why the only moment in his career that anybody seems to remember with any vividness is his awkward 2009 collision with a truculent, peeved Billy Bob Thornton.

Certainly that is the highlight, the shred of Jian Ghomeshi that will survive: one short segment of legendarily awful radio. Ghomeshi’s downfall gave the Thornton clip a second life in the U.S., where it popped up often. It was about the only reason any American, aside from public-radio trainspotters and a few unfortunate FCC regulators, might have heard of Jian Ghomeshi

Q is, in theory, an “arts magazine” show. It has made Ghomeshi a sort of national compère, juxtaposing CanLit grannies and media blowhards with grade-A pop-star guests and amassing visibility from being at the centre of it all. He hosted the Giller prize gala for years, and was involved in the Polaris Music Prize, despite a near-total lack of militant taste, visible passion or discernible learning. No one seems to have thought it odd, much less brain-scaldingly inappropriate, that the Cute One Out of Moxy Früvous had come to be sitting in judgment on the music of Feist and Ron Sexsmith and Joel Plaskett.

Q, being the big weekday arts show on Radio One, can never just be an arts show: It inevitably tends to become a party establishment, a Transport House or a Reform Club for the country’s tight-knit Anglo creatives. Who could deny this? For, after all, did Ghomeshi’s Q carry on feuds? Did it disapprove, ever, of anything certified by the prize-lavish Canadian establishment? Did Jian Ghomeshi ever admit that some book or record, or even some writer or performer, bored him? Surely he was no more capable of it than Typhoid Mary was of getting typhoid.

It is not the purpose of Q to express individuality, but to express power, the harmonious, sweetly liberal, eternally-in-opposition power of the arts community. The show is not just coincidentally redolent of self-satisfaction: It is designed to communicate self-satisfaction, in the medical sense of “communicate.” The fans of Q are those who venerate the spiritual power of the traditional arts, and they rushed, unwisely and shamefully, to defend Ghomeshi, suggesting at first that he had been the victim of a Conservative party conspiracy. This cannot be accounted for, except on the premise that Ghomeshi was the leader-guru of a cult. Don’t we all know how cult leaders generally end up treating women?

The Toronto Star’s Kevin Donovan reports that when he confronted Ghomeshi about abuse allegations in a recent chance meeting, Ghomeshi told him, “You need to watch yourself . . . People in this city need to understand that I have a long memory.” Any normal person—let’s say, someone who earned his living making or fixing something—would surely react to this threat by saying, “Uh, you’re some douche with a radio show. What are you gonna do, sing a crappy comedy folk song about me?”

Imagine a world so crowded, unhealthy, and inbred that Ghomeshi could feel confident in making such a threat. Imagine that he could, in fact, create a regime of sexual terror that famous, experienced women hesitated to defy. Imagine that, even now, people are lined up in the hundreds, hoping to enter that world, praying for a chance to cling to its fringes. If you can.