From #cdnpoli to #comeTOgether, sports and politics tweets dominated 2015. 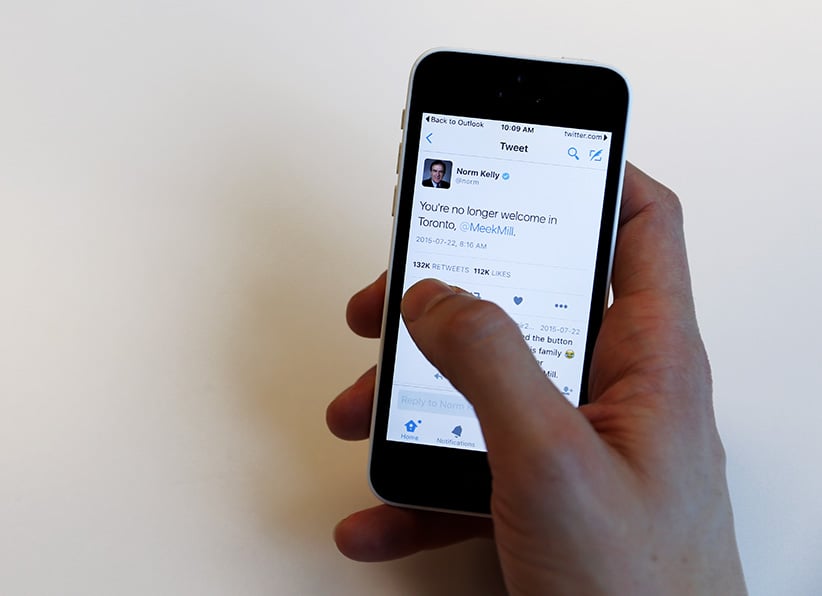 Norm Kelly doesn’t have the kind of celebrity star power that usually comes with 212,000 Twitter followers. Instead, the Toronto city councilor skyrocketed to social media stardom when he called out Meek Mill, a Philadelphia rapper, who was trying to start a feud with Toronto legend, Drake.

“You’re no longer welcome in Toronto, @MeekMill,” @norm wrote in July, garnering more than 130,000 retweets, the fifth-most retweeted post in Canada this year. (Alas, he couldn’t come close to the top spot, which belonged to Justin Bieber posing in Calvin Klein underwear for his 71 million followers.)

In an (almost) end-of-year recap, Twitter Canada looked back at some the best of 2015, from the historic provincial win in Alberta for the NDP to the international sporting events Canada hosted over the summer—namely, the Women’s World Cup of soccer and the Pan Am Games.

Sport and politics clearly mixed well on Twitter, as four of the country’s top five hashtags this year either related to politics (#cdnpoli and #elxn42) or Toronto Blue Jays baseball (#BlueJays and #comeTOgether), according to Twitter Canada.

Naturally, it makes sense that on Oct. 19—the day the Liberals won a majority government and the Blue Jays won a playoff game—Canadians sent more than 5.5 million Tweets, the highest daily volume of the year.

The Jays, meanwhile, vaulted into top spot among the most followed Canadian sports teams on Twitter in 2015, ahead of the Toronto Maple Leafs and Montreal Canadiens (who now rank second and third in that category, respectively).