The rising toll of the global avocado craze

From late-night orchard heists to fears of 'guacapalypse,' our taste for the pale, green flesh is driving us to insane lengths 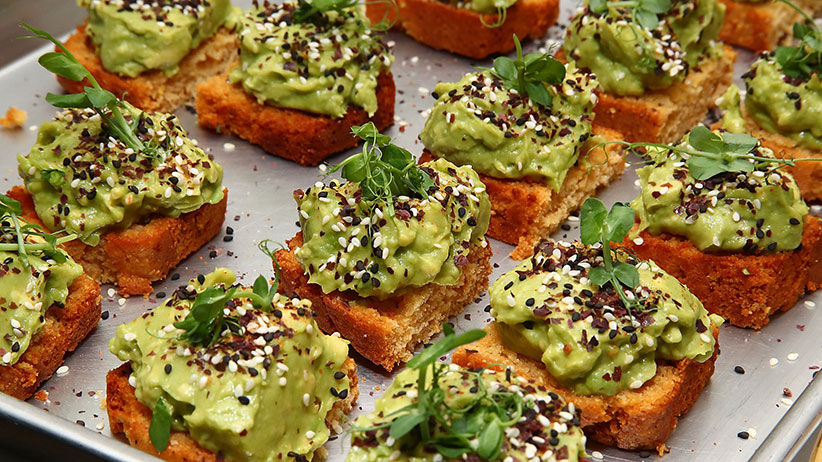 No one’s foregoing home ownership for this, but $22 a pop? Really? (Astrid Stawiarz/CBD For Life/Getty Images)

Avocado obsession took a dark turn last week when the British Association of Plastic, Reconstructive and Aesthetic Surgeons announced a new health hazard: “avocado hand” injury.” This, according to the doctors, is “a global phenomenon of people mishandling the fruit, resulting in cuts, slashes and stabs to the hand.” Clearly this worldwide victim cohort isn’t acquainted with the dozens of instructive videos explaining how to cut them or the multitude of gadgets expressly sold for the not-so-complex task. We’re minutes away, it would seem, from warning signs in supermarket aisles and the arrival of “avocado-cutting gloves” like the ones used to shuck oysters.

That people are bloodying themselves to access the nutritious, delicious, pale-green flesh is no surprise. It’s difficult to imagine a fruit more attuned to the zeitgeist; in a polarized political moment, it plays both superhero and supervillain.

On the heroic side, the nutrient-rich avocado is billed as a “superfood” at the very moment health care is under assault, most calamitously in the U.S. It has been credited with preventing everything from cancer to heart disease to degenerative eye and brain diseases. The fruit has assumed talismanic properties: vegans use it as a dairy substitute; used as a beauty mask, it promises a dewier complexion and shinier hair. In a fat-phobic culture, it’s “good” fat, not “bad” fat. Victoria Beckham boasts she eats an avocado—and  slathers one on her face—every day. Culinarily, the avocado spans the class divide—from guacamole and chips to much-Instagrammed, enduringly trendy  “avocado toast,” that is, avocado smashed on toast. McDonald’s Japan put a version on its menu years ago.

Growing appetite for avocados is evident in Canadian consumption, up some 130 per cent from just five years ago, compared to a 14 per cent increase in banana imports over the same period. In March alone, Canada imported seven million kilograms of avocados, virtually all from Mexico, according to StatsCan.

Demand has seen a doubling in avocado prices in the last year, resulting in 2017’s version of the Great Cauliflower Panic of 2016. As with cauliflower sticker shock, the avocado price spike is traceable to climate change (and with it drought and erratic bee activity) as well as consumers’ sense of entitlement to imported product year-round. The lingering effects of the five-year drought in California, declared over just last month, is yielding fruit the size of limes now being marketed as “single-serve,” perfect for a solitary avocado toast.

RELATED: Is China to blame for the global avocado shortage?

Integration of the avocado into the North American diet is itself a marketing story that reveals how economic and political forces influence food trends. In the early the 20th century, the California Grower’s Exchange hired PR firm Hill & Knowlton. Its task: to market a fruit known unappetizingly at the time as the “alligator pear.” The name was anglicized: avocado sounded exotic yet was easier to pronounce than the Spanish “aguacate” (from the Aztec “ahuacatl” which translates into “testicle tree”). Recipes for such exotic delicacies as crab-stuffed avocado were placed in women’s magazines, including Vogue, in the 1920s. By the ’70s, the colour was ubiquitous in North American kitchens and bathrooms. Californication of the culture also made the fruit trendy. Today, avocados are purchased primarily by white folks, as Hass Avocado Board data reveals: nearly three-quarters of its customers are white; fewer than one-quarter are Hispanic. Fittingly, Gwyneth Paltrow has been credited with popularizing avocado toast in her 2013 cookbook.

But as “avocado hand injury” indicates, the mania is not without risks. Runaway demand for avocados is increasingly blamed for environmental and social ills—from drought (avocados are thirsty plants: more than 272 litres of water is required to grow a pound) to inhumane conditions for migrant workers to a growing lawlessness that includes orchards controlled by drug cartels, illegal forestation and reports of major avocado heists.

The avocado, specifically avocado toast, has also become ripe for projection and distraction. Bernard Salt, a columnist for the Australian and self-proclaimed “middle-aged moralizer,” went on a rant last fall in which he conflated the “evils of hipster cafes” selling “smashed avocado with crumbed feta on five-grain toasted bread at $22 a pop and more” with youth being shut out of the housing market. Instead of wasting money on avocado toast and the like, they should be saving for a house, Salt harrumphed. Cue months’-long outrage. Time recently created a calculator that determines how much avocado toast would have to be forfeited to buy a house in your choice of U.S. city (spoiler alert: a lot). Far easier to blame a wrinkled green orb than address complex forces pricing a generation out of the housing market.

RELATED: Why everyone is turning to turmeric

The avocado moment is also seen as one more thing threatened by the Trump presidency. Mexico, the world’s largest avocado supplier, ships three-quarters of its fruit to the U.S., was vilified by Trump during the election campaign. His threats to impose 20 percent imports on Mexican imports to pay for a border wall and to pull out of NAFTA are perceived as a direct menace to the guacamole supply. In January, the U.S.  turned away Mexican avocados at the border due to a row over potatoes. Mexican avocado growers responded with a Super Bowl ad. False reports that Chipotle planned to remove guacamole from its menu saw media fretting about “guacapalypse,” an easier horror to confront than the nuclear kind.

Signs suggest avocado hype is now firmly in overdrive, with the first avocado-only restaurant  set to open in Brooklyn, N.Y. At the same time “avocado hand injury” was announced, a barista in New Zealand launched yet another avocado-based Instagram meme: the “avolatte,” a latte served in an empty avocado husk. It made the rounds on social media, inciting predictable mockery and outrage. Few figured out it was a prank—and a reminder that if we don’t watch it, the avocado will become the joke that’s on us.