The Royals marks the return of a grand, sweeping soap

With its philandering, drug-addled offspring, E!’s first soap is a royal show fit for a new era of royalty 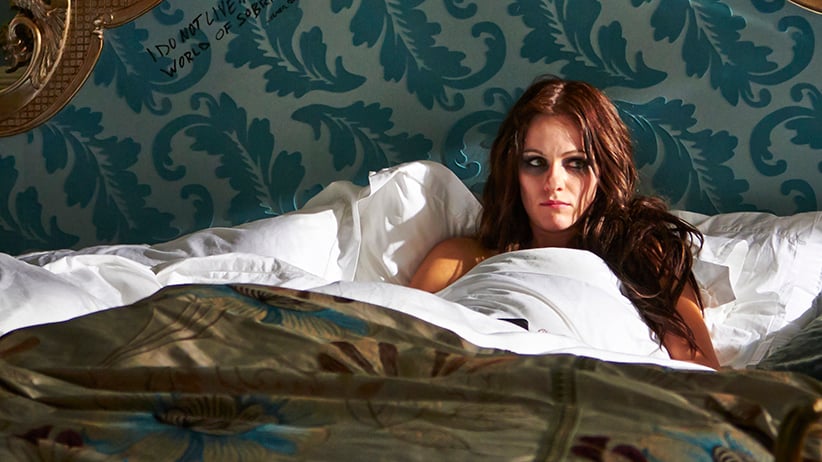 Headlines about royal scandals aren’t hard to find: “Harry grabs the crown jewels” (when the prince was snapped in the nude after a game of strip pool in Las Vegas); “No, I did not have sex with that girl” (Prince Andrew’s denial of his involvement with an alleged underage sex slave); “Flash dance” (above a photo of a panty-less, drunken Princess Eleanor table-dancing in a Paris nightclub).

Only the last headline is fiction. That it’s hard to separate it from fact indicates how far the house of Windsor has fallen in the public’s esteem—and how perfectly The Royals, the new dramatic series from E!, captures the tenor of the times when it comes to monarchs and their offspring.

Whereas once royal pecadillos were carefully hidden from public inspection—one of Queen Elizabeth II’s uncles spent much of the 1920s as a sexually promiscuous drug addict—today, discovering palace impropriety is a blood sport. So when E! decided to break away from reality shows such as Keeping Up with the Kardashians with its first scripted series, it decided on a deliciously trashy soap opera about the foibles and excesses of a British royal family. (The show premiers on March 15 at 10 p.m.) The pounding music of Gimme Shelter by the Rolling Stones that opens The Royals signals that this is no genteel historic drama à la Downton Abbey. In the first few minutes, Princess Eleanor is confronted by tabloid proof of that Paris indiscretion by her mother, Queen Helena: “My daughter, behaving like a common whore. Explain this, but make it original this time.” Meanwhile, Prince Liam is snogging Ophelia, daughter of the of royal security chief, who conveniently goes to Liam’s university and lives in the palace.

“You have almost a responsibility to be loud, a bit brazen and cheeky,” declares creator Mark Schwahn. After years of soaps that focused on family angst writ small—One Tree Hill was his last series—The Royals marks the return of a grand, sweeping soap, full of mysteries and intrigue, with “heroes you are rooting for and villains you appreciate because they are so dastardly.”

Originally, Mark Schwahn was asked to create a series based on a modern retelling of Hamlet. He wasn’t interested in a depressing story where everyone eventually dies. But that got him thinking about the possiblities of a royal series. “It’s more about a family than it is about a monarchy. It just so happens that their stakes involve the monarchy and the most powerful throne on Earth,” he recounts. E! signed on. “As far as E! is concerned, it was a logical extension, because it’s [about] parties and events, red carpets and glitterati,” Schwahn explains. “It’s things they do in a non-scripted arena very well.”

He emphasizes that his creation has nothing to do with the house of Windsor. “We haven’t said, ‘Let’s throw stones at the monarchy.’ As a matter of fact, I’m a big fan of it,” he told Maclean’s. Yet, as the network points out, his series “pits public perception of the ‘original celebrity family’ against the reality of life inside the castle walls.” And for the real royals, that must be cause for concern. The famous warning by Victorian constitutional expert Walter Bagehot rings true today: “We must not let in daylight upon magic.” While the Queen is perceived as an exemplary monarch, the rest of her family is seen as Internet cannon fodder.

As royals reveal more and more of themselves through social media, documentaries and interviews, that allure is being replaced with common familiarity, even contempt. Any story, real or imagined, is dissected obsessively. “You have to conclude that the royals have brought it on themselves,” says professor James Wittebols, who researches politics, media and culture at the University of Windsor. Prince Andrew’s friendship with a convicted billionaire pedophile, and the accusations that the Queen’s son participated in orgies, are examples in what has become a very long list. No wonder the Museum of Broadcast Communications’ history of soap operas mentions the royal-scandal-a-day 1990s: “Press began to refer to the situation as a ‘royal soap opera,’ which immediately framed it as tawdry, sensational and undignified.” 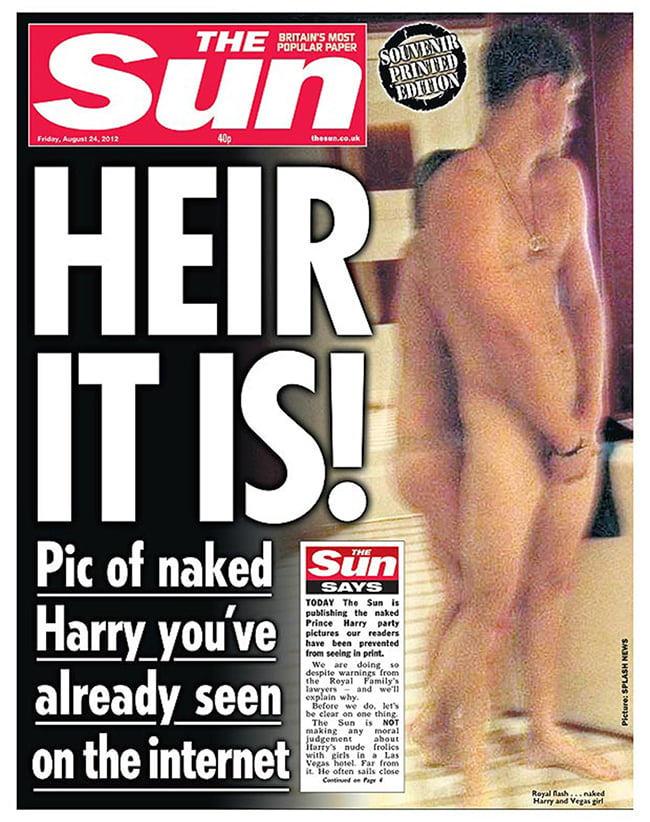 Much as Schwahn suggests his series is at its core a family saga, the value of the royalty angle can’t be underestimated. It provides the ultimate high-stakes milieu: career, family, duty and personal identity, all rolled in one, under a giant spotlight. And the monarchy is always good copy in the States, says Frank Prochaska, author of The Eagle & the Crown, about America’s ambivalent relationship with the British monarchy. Historically, Americans were obviously deeply suspicious of the British crown. But their idea of royalty as celebrity is itself at least 150 years old. It started when the future Edward VII visited the U.S. in 1860, and the country went gaga. Huge royal spectacles over the past century have reinforced the fascination. “Heredity has a lasting quality to it that a film star doesn’t have,” Prochaska says. While anyone with drive and talent can make it in Hollywood, royals are the ultimate winners in history: No one can get a title, or a throne, unless he or she is born royal or marries one. That both sticks in the craw of the American Dream and gives an American soap opera about royals an added sheen. “In an all-access world, we don’t have access behind those gates. It’s fascinating, because there is a distance between us and them,” expounds Schwahn. “I think we are all compelled by life in a bubble. We know that there is a cautionary tale and a fairy tale.”

Wittebols, author of The Soap Opera Paradigm, points out, “It can be read by audiences two ways: If a soap opera portrays the royals as rich trash, it give the opportunity for working- and middle-class people to look down on the elite and say, ‘Well, they’re no better than I am.’ On the other hand, you have working-class folk, people who go nuts over royal weddings, who are also going to be fans because they identify with that, in some strange way.”

Along the way, The Royals may revivify the soap opera as a genre. While daytime soaps have been on the endangered list for years —currently, there are only four—their formula of long-term narratives and overlapping plots is now ubiquitous. The reason is simple: audience retention, says Wittebols. “Almost all TV programming these days is serialized. The soap opera format is the most profitable form of TV programming because you have such a loyal audience.” The Royals takes this formula and adds scantily clad royal bodies.

Royalty and soap operas are, in many ways, a perfect fit. There is a patriarch, a matriarch, good and bad children, in-laws, and extended relatives, plus a coterie of staff and hangers-on, all under one roof. And what other setting for a soap comes with a built-in existential threat? In one episode of The Royals, devastated by the mysterious death of his son, King Simon drops a bombshell over dinner: “Put away your phones and your drugs. I’m considering asking parliament for a referendum to abolish the monarchy.” (No one reacts well. His nieces worry Simon will “make us Canadian, and poor, like Justin Bieber.”)

It’s an “extreme version” of a royal family, admits Merritt Patterson, the actress raised in Whistler, B.C., who plays Ophelia. “It is outrageous,” she says, “but at the same time, they are going through all these normal problems, but on such a different level, and everything is public.”

E! is betting big on The Royals. A second season is already green-lit. Wittebols isn’t surprised; the series is almost too expensive to justify one 10-episode run. While Schwahn could have recreated royal Britain on Hollywood backlots using green screens, he insisted on the far more expensive option of shooting it on location. Blenheim Palace, the duke of Marlborough’s baroque home, stands in as The Royals residence, while Eleanor gets high in a throne room that’s a Christopher Wren-designed building in the Old Royal Naval College in Greenwich. As Schwahn puts it, “We’re making a show American audiences should think is very British, and British audiences should think is not British at all.”