Anne Kingston: The Bata Shoe Museum's newest exhibit reminds us of the human ability to create amid deprivation and turmoil 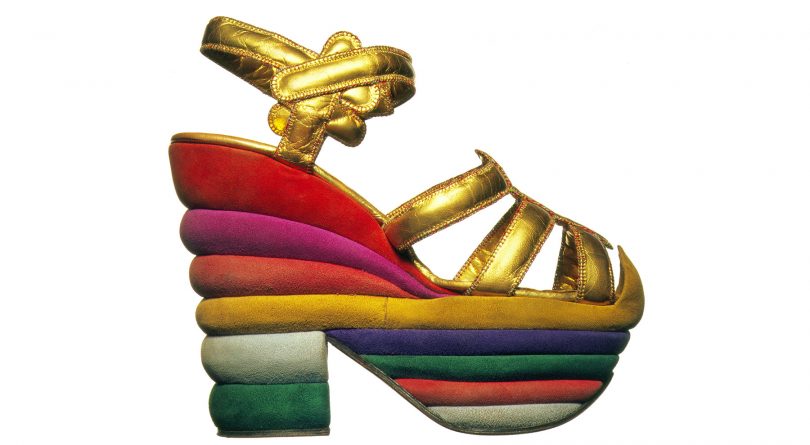 You might think an exhibit titled “WANT: Desire, Design and Depression Era Footwear” would not have much to say about the current cultural moment. You would be wrong. The show, at Toronto Bata’s Shoe Museum until March 2020, is captivating and thought-provoking—and not merely because many of the shoes on display could be sold today. The parallels to right now are disarming: Gender wage inequity. Check. Fear of chemical warfare. Check. Cult of celebrity as mass distraction. Check. The rise of white supremacy. Check. Fascination with superheroes. Check.

Most people don’t go to a shoe museum for cultural lessons. They go to see amazing shoes. Under the curatorial genius of Elizabeth Semmelhack, the museum’s creative director and senior curator, they get both. “Fashion is never frivolous,” says Semmelhack, quoting the late Italian fashion designer Elsa Schiaparelli. Semmelhack presides over a museum collection that includes more than 13,000 shoes and related objects, all which are used to show how footwear offers a lens into politics, class, race, and gender.

A running theme throughout Semmelhack’s exhibits is the way economic and political  forces, more than choice or personal taste, dictate what we wear, what we value, what is “fashionable.” Her acclaimed 2013 show “Out of the Box: The Rise of Sneaker Culture” traced the shoes from 19th-century to their role as coveted status indicators. The 2014 show “Fashion Victims: The Pleasures and Perils of Dress in the 19th Century,” co-curated with Alison Matthews David, showcased how industrialization and mass production democratized fashion a century before the arrival of Zara. But it also created new perils with toxic dyes, steel-cage crinolines, and restrictive shoes that saw people literally dying to be fashionable.

READ MORE: For want of a shoe, the biggest star in college basketball was lost

Visitors enter WANT via a dark, narrow passageway with the word “Crash” at the end. Creating a claustrophobic feel was intentional, intended to capture the decade’s darkness and turmoil, says Semmelhack.  In this cramped space, there’s a brief history lesson—how the October 24, 1929 stock market crash led to global economic meltdown, how widespread job loss and poverty ended with war, how the “Dust Bowl” resulted in catastrophic drought in the U.S. and Canada.

It was a time “want proliferated,” as the exhibit’s literature puts it: “want of employment, want of security, want of escape.” And all of these “wants” are laid out in an exhibit that begins with a pair of beautiful gold evening sandals; these also remind visitors that women were instructed to “invest” in a single pair of metallic shoes as “a neutral” to go with everything. Footwear became a way to update an outfit when buying another one wasn’t an option. That reality posed curatorial challenges, says Semmelhack. Finding  shoes from the ’30 worn only once is next to impossible, she says, something that’s not a problem when sourcing ‘20s footwear.

The fact that women were paid less then men made them newly valuable in the workforce. They lacked the practical workday “uniform” worn by men, so had to spend more on clothing, a reality that exists today. Mandatory sheer stockings could cost 10 to 20 percent of a women’s income, Semmelhack says. A haunting 1934 Dorthea Lange photograph of a stenographer’s legs shows so many mends to her stockings they resemble scars.  The arrival of peep-toe shoes in the ’30 added pedicures to women’s grooming regimen.

WANT also reminds us of the human ability to create amid deprivation and turmoil; the decade that gave rise to Nazism also exploded with cultural creativity, from film to fashion. An array of fantastical shoes by Salvatore Ferragamo, Andre Pérugia, Steven Arpad and Roger Vivier echo a broader cultural belief that science and technology would usher in a better “World of Tomorrow,” the title of the 1939 World Fair.  Vertiginous platforms were made from available wood or cork. A pair of  towering black platforms by Stephen Arped for Balenciaga resemble giant crampons. Skyscraper rainbow platforms fashioned for Judy Garland by Ferragamo could be a template for the Pride flag. “In difficult times, fashion is always outrageous,” Semmalhack says.

RELATED: Why Kate insists on going nude: a shoe story

U.S. government propaganda also played a role in promoting the “new leisure” at a time of rampant unemployment and underemployment. People were told to visit public beaches and parks; fashion responded with beach shoes and spectator shoes for men, also known as “co-respondents,” the term used for a person cited in a divorce case for committing adultery with the respondent.

People also sought respite in air-conditioned cinemas, which gave rise to a celebrity caste system, as well as other entertainments. Monopoly, a game which had origins as a socialist lesson, not a “how-to,” was marketed by Parker Brothers in the mid-’30s. Superman’s arrival in 1938 kicked off a superhero mania that endures.

Darker forces that brought an end to the Depression with the arrival of war were mounting. Nazism and eugenics in Europe played out in a subtler form on North American campuses where women were sent to meet preselected, “proper” marriage partners, Semmelhack notes.

Speculation about what the future might hold was seen in a Feb. 1939 Vogue cover predicting what men would be wearing in year 2000. The image of a man with facial hair is eerily prescient: he’s wearing a jumpsuit with jogger pants, carrying a cell phone (with an antenna), and pull-on sneakers.  “They could be Yeezys,” Semmelhack  notes, referring to Kanye West’s shoe line. And as you walk out, past Fred and Ginger dancing on a big screen, past shoes you wish you could buy, past a gas mask, you can’t help but think. 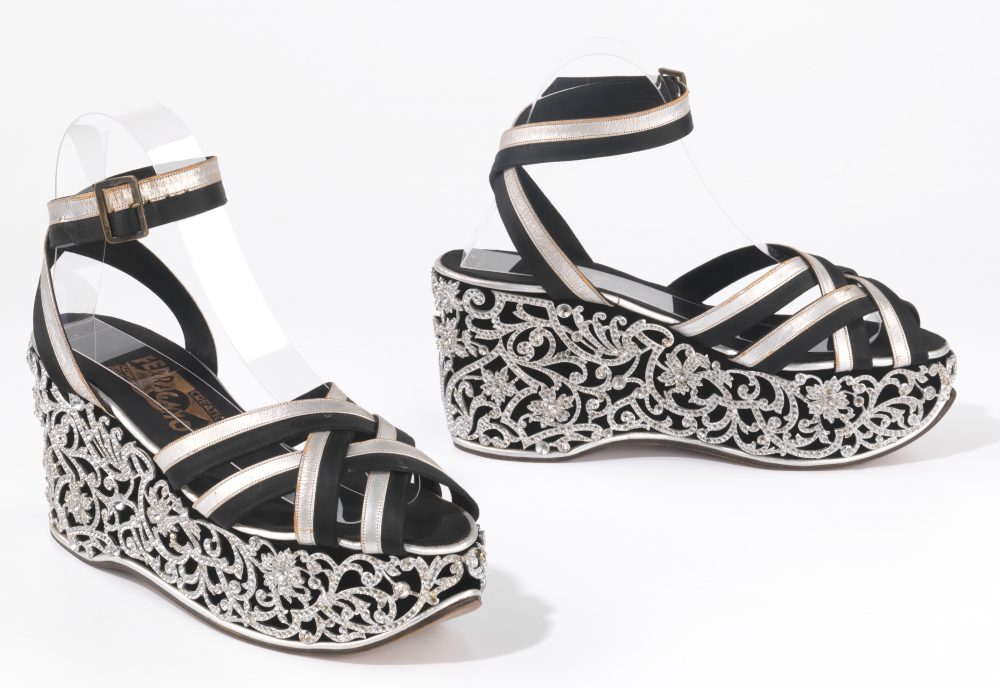 1 / 8 Collection of the Metropolitan Museum of Art, Gift of the Brooklyn Museum, 2009; Gift of the Italian Government, 1956