An unlikely source for breaking Will, Kate and George news 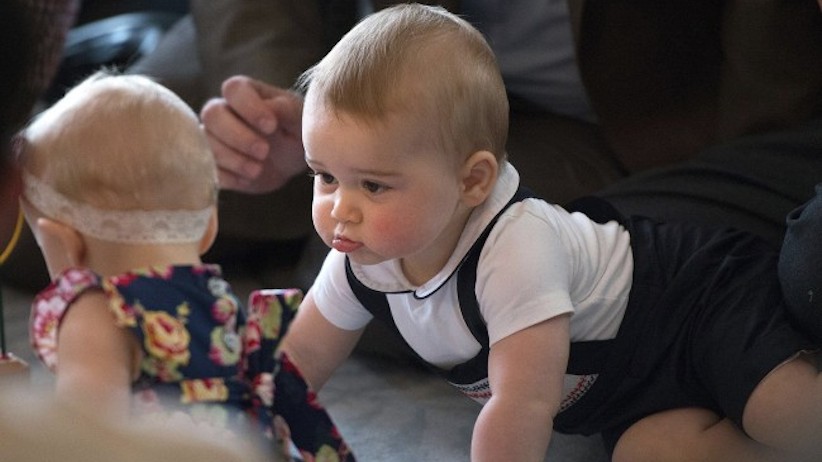 The royal tour of New Zealand is at the halfway mark. While its pleasant, rather ordinary nature—lots of military-linked events for the 100th anniversary of the start of the First World War,  the unveiling of a new portrait of Elizabeth II—has only kicked in its media hype when Prince George is present, there have been a few unexpected treats. This truly is the first royal Twitter tour. Everyone from royal correspondents of the big London papers through fashion bloggers are inundating Twitter with snippets, even passing tips and advice back and forth such as the live feed of George’s playdate with the Royal New Zealand Plunket Society or the ID’ing of Kate’s clothes.

And in that deluge, a lot of the best pictures, and helpful advice, is coming from the official account of the governor general of New Zealand, Sir Jerry Mateparae (@govgeneralNZ). Though it’s only put out a little more than 1,300 tweets since its creation, it’s been pumping out tweet after informative tweet during the tour, becoming a must-have link for all royal watchers. Want to see William and Kate during the Auckland match race? It tweeted a map of vantage points. Want the first good picture of George trying to stand? Ditto. It isn’t trying to impress with pithy statements or press releases—just giving its followers what they want: fast, concise information about the Windsors. And a bit of attitude, such as that #girlsrule tag when Kate won yesterday’s sailing competition.

Given that its Canadian cousin, @GGDavidJohnston, is known for its formality (and slowness at times), here’s hoping that it adopts at least a few of  New Zealand’s techniques during the May visit of Charles and Camilla.

So far this tour the @GovGeneralNZ has been first out the gate with royal pics! Thank you Your Excellency for sharing w/us!! #RoyalVisitNZ