The tragic death of Kate Spade, the woman

Brands, alas, are all about appearance, and Spade's cheery, upbeat brand concealed an order of depression we still don't talk about 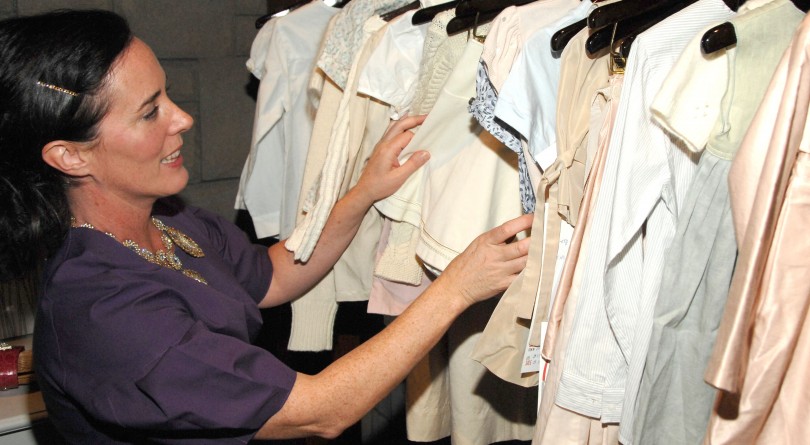 A sad but telling irony exists in the fact the outpouring of grief expressed over Kate Spade’s tragic death by apparent suicide on Tuesday was a response to Kate Spade, the international brand, not Kate Spade, the woman afflicted by debilitating, overwhelming depression. Of course, almost all of the people—mostly women—who turned to social media to express their shock and sadness knew only the brand Spade founded in 1993 with her future husband, Andy, with a widely popular, colourful collection of handbags. It’s a testament to the power of that brand, one routinely referred to as “joyful” and “aspirational,” that Kate Spade, the woman, remained synonymous with it more than a decade after the couple sold their interest in 2006. She relinquished her role as head designer in 2007 to raise their daughter. In 2016, she rebranded herself as Kate Valentine, a family name, and founded the accessories line Frances Valentine, which also exuded her trademark cheerful, upbeat vibe.

Publicly, the world continued to know her as Kate Spade, a woman with a plucky, stylish, self-made gal from Kansas City persona—the Holly Golightly character from Breakfast at Tiffany’s absent the dark parts. Her books on manners and style suggested life was a perpetual party. The darkness was there, though, hidden from public view, as Spade’s sister Reta Brosnahan Saffo told the Kansas City Star. She spoke of her sibling’s history of depression and how she feared going for treatment might make her illness public, that hospitalization might harm the image of the “happy-go-lucky” Kate Spade brand. (On Wednesday, other family members rebutted Saffatold’s statement.)

It’s a mark of how just how valued “happy-go-lucky” is in the marketplace that the Kate Spade brand was sold again in 2017 to Coach (now Tapestry) for $2.4 billion. And it’s telling that when women paid tribute to Kate Spade on social media, they shared personal stories of the pleasure and power bequeathed by her products. The handbags were upheld as female talisman, even as an “entry to adulthood.” Chelsea Clinton was one of many who recounted owning her first Kate Spade handbag. Many celebrities, among them Mindy Kaling, wrote of the joy they felt wearing Spade’s colourful clothing.

Focusing on Kate Spade the brand, as reflexive as it might be, also reveals unwillingness, or more accurately, a lack of vocabulary to talk about mental illness and suicide. Instead, as we’ve seen with Kate Spade, graphic, lurid details about her death have been widely shared, contrary to longstanding instruction to the media not to discuss the method or glorify the person who killed themselves for fear of copy-cat behaviour—or “suicide contagion.” But suicide statistics indicate the conversation needs to happen. A 2016 study from the Centers for Disease Control and Prevention indicates suicide rates rose in the United States between 1999 to 2014  for everyone between the ages of 10 and 74. For white women, the rate increased by an astounding 60 per cent. Canadian suicide statistics indicate men are three times more likely to kill themselves than women and that suicide rates are highest for people between the ages of 40 and 59.

Reaction to the death of the 55-year-old Spade, like that to the death by suicide of designer L’Wren Scott in 2014 to which it has been compared, reveals entrenched myths that require upending. Mental illness and depression do not discriminate along class lines. Yet there’s still shock someone like Spade who allegedly “has it all” in the mythical sense—fame, wealth, Park Avenue apartment, family, beloved child—could suffer from depression. There’s been armchair psychologizing that the cheerfulness and joy of Spade’s designs was her attempt to deal with her “demons,” that medieval word still used to describe mental illness. There’s been focus on the reason Spade would kill herself, which thrust the spotlight on a potential divorce, as if reason has anything to do with it. As Al Alvarez wrote in his landmark book The Savage God: A Study of Suicide, there never is a single reason: “the decision to take your own life is as vast and complex and mysterious as life itself.” Spade has also been blasted as selfish for leaving behind  her 13-year-old daughter, as if suicide is an active choice. It isn’t, as David L. Conroy writes in Out of the Nightmare: Recovery from Depression and Suicidal Pain: “Suicide is not chosen; it happens when pain exceeds resources for coping with pain.”

On Wednesday, Andy Spade made his first public statement to the New York Times, noting that his wife had suffered from anxiety throughout their marriage and had been treated for “serious bouts of depression” that began six years ago. ” There were personal demons she was battling,” he said. He also reported that he and his wife had been living separately for 10 months, but expressed shock she would take her life:  “There was no indication and no warning that she would do this,” as if serious depression in itself is not a red flag for suicide.

In the end, Kate Spade’s tragic death is shocking because it upends a central premise of the very branding that made her a fashion celebrity: that the way things look are how they are. They aren’t. We know a person struggling with depression or mental illness isn’t always branded as such; he or she isn’t necessarily dishevelled, or anti-social, or hiding under the covers. Legions make their way in the world with “high-functioning depression,” as outlined in this insightful essay. They may even carry a Kate Spade-branded handbag for cover. Or not. You never know, which is why we all need to be vigilant and kind.

If you or someone you know are struggling with depression or suicidal thoughts, resources across Canada are available here.  And if you have a friend who might be suicidal, here are suggestions for talking to them.