The ultimate royal recycler (no, it isn't Kate) 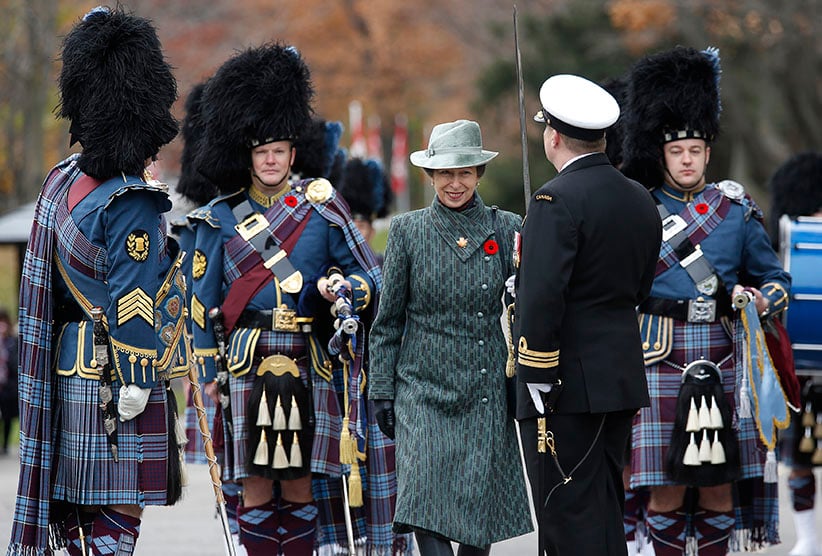 While fashion blogs devote copious space to Kate’s recycling efforts—on Remembrance Sunday, she wore a Jane Corbett hat last seen in 2011—she’d be hard pressed to crack the top four spots for British royal recyclers. While Kate occasionally repeats a dress here, or a suit there, three royal women—the Queen, Camilla, duchess of Cornwall, and Sophie, countess of Wessex—pull out coats, suits, dresses and hats from the very back of their wardrobes with surprising regularity, even for all the big annual events including this year’s garden parties at Buckingham Palace and Trooping the Colour (Camilla, the Queen, and Sophie here and here).

Yet when it comes to royal repeats, no one, but no one, can top Princess Anne, the 64-year-old daughter of Queen Elizabeth II. She’s always bought classic outfits and worn them into the ground. She thinks nothing of wearing a 29-year-old coat, a 31-year-old hat, or the same dress to two family weddings that happen to be 27 years apart. Evening outfits are worn in daytime, If a style—say huge poof sleeves—goes out of style, then she sends the outfit to the tailor for a nip and a tuck. The Daily Mail regularly pokes fun at her thriftiness.

It’s partly a case that, unlike other royals, she simply isn’t interested in fashion or design. Sure she wore miniskirts in the 1960s and 1970s, but she’s never cared if aqua is the colour du jour or padded shoulders are in (or out). She wears a uniform from the top of her head—”Her hair is scooped up with the fashion-defying discipline it has endured for the past 30 years,” intones the Telegraph—to the bottom of her practical, comfortable pumps. Indeed, about the only truly original outfit she’s worn was her neo-Tudor wedding dress in 1973. (She returned to form for her second marriage in 1992.)

The other reason is that Princess Anne churns through a packed work schedule. Last year she undertook nearly 500 engagements. With duties in the morning, afternoon and often in the evening, she just doesn’t have time to spent flitting through London’s design houses. My belief is that she’d much rather spend her money on horses. (She doesn’t get public funds. The Queen personally pays for her work-related expenses.)

Of course it doesn’t hurt that she’s kept the same slim figure for decades. Unlike many of us, she can fit into all her old clothes.

She’s now in Canada for a two-day official visit. With no royal blogs covering her fashion on a regular basis, it’s impossible to tell if she’s wearing new outfits. But, given her track record, no one is betting on new options.

Her Royal Highness and Vice Admiral lay a wreath at the National Military Cemetery #royaltour pic.twitter.com/G9OjB6COkf

Her schedule may be punishing—11 events in two days including the Remembrance Day ceremony at the National War Memorial—but her fashion won’t contain any surprises.