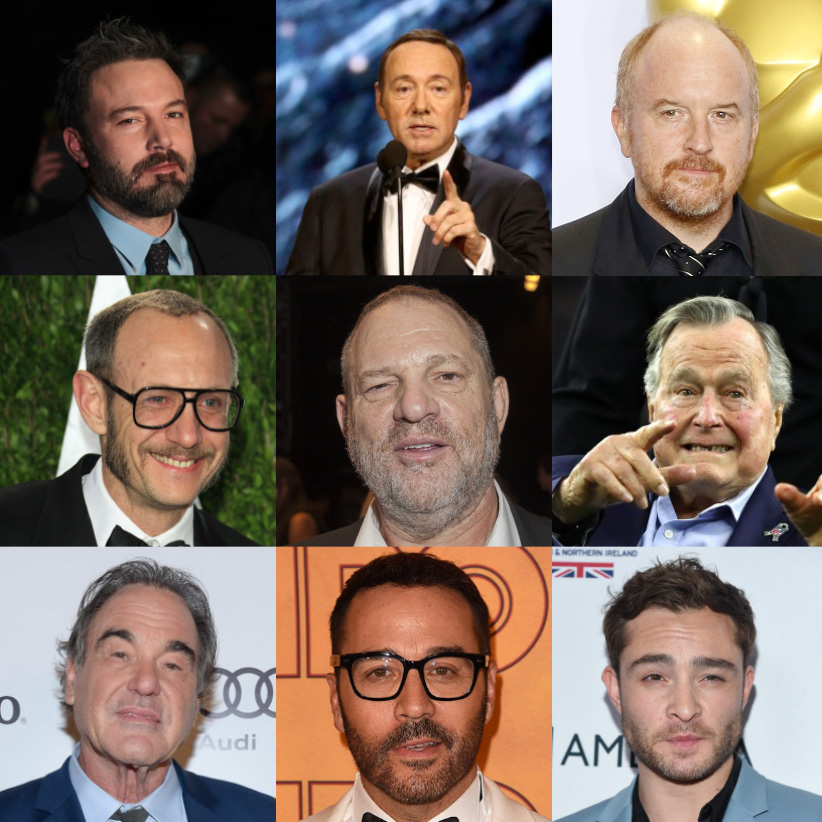 The public condemnation of Hollywood producer and alleged sexual predator Harvey Weinstein has emboldened other victims of assault and harassment to speak out in what’s being dubbed the “Weinstein ripple effect.” What are we learning from said effect? First, that sexual impropriety is rampant in Hollywood — and pretty much everywhere else. And second, how important it is to call these guys out on their bad, gross (and in many cases, illegal) behaviour. Here, an ever-expanding, but not-exhaustive list of powerful men — from Oscar winners to ex-presidents — who have been accused of sexual harassment or assault in the wake of the Weinstein scandal.

The aftermath: Louis C.K.’s publicist, Lewis Kay, told the Times in an email that the comedian would not respond to the allegations. The premiere of his latest movie, I Love You, Daddy, was abruptly canceled on Thursday, as was an appearance on The Late Show With Stephen Colbert, the Timesreports.

The allegations: Two women have come forward to accuse the Gossip Girl actor of rape. In a Facebook post, actor Kristina Cohen alleged that the actor assaulted her three years ago at his house. That prompted actor Aurélie Wynn to share her own Facebook post, with a similar allegation.

The aftermath: Westwick has denied all allegations, calling the accounts “unverified and provably untrue.” Cohen has filed a report with the L.A. police department.

The allegations: Reality star and actress Ariane Bellamar took to Twitter to allege that Entourage actor Jeremy Piven groped her on two occasions — once on the set of Entourage, and once at the Playboy mansion.

The aftermath: Piven has denied the allegations. In a statement, he said:” “I unequivocally deny the appalling allegations being peddled about me. It did not happen. It takes a great deal of courage for victims to come forward with their histories, and my hope is that the allegations about me that didn’t happen, do not detract from stories that should be heard.”

The allegations: Natasha Henstridge, a Canadian actress (Species, X-Men: The Last Stand) and former model is one of six women to accuse the filmmaker of sexual harassment or misconduct. Henstridge told the Los Angeles Times that he forced her to perform oral-sex when she was 19, and his career as a music video director was heating up. “He physically forced himself on me,” she said. “At some point, I gave in and he did his thing.”

The aftermath: Ratner’s attorney, Martin Singer, said the director “categorically” disputed the women’s accounts. In a letter to the Times, he added: “I have represented Mr. Ratner for two decades, and no woman has ever made a claim against him for sexual misconduct or sexual harassment.” 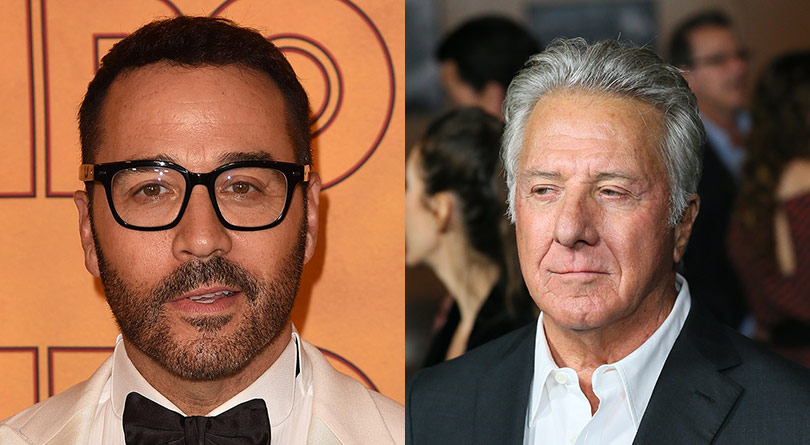 The allegations: Writer Anna Graham Hunter alleges that, when she was a 17-year-old intern on the set of the 1985 made-for-TV movie Death of a Salesman, Dustin Hoffman sexually harassed her. In a guest column written for The Hollywood Reporter, Hunter claims that Hoffman repeatedly groped her and made inappropriate comments of a sexual nature. “He was a predator, I was a child, and this was sexual harassment,” she writes.

The aftermath: Hoffman responded to The Hollywood Reporter in a statement, saying: “I have the utmost respect for women and feel terrible that anything I might have done could have put her in an uncomfortable situation. I am sorry. It is not reflective of who I am.” 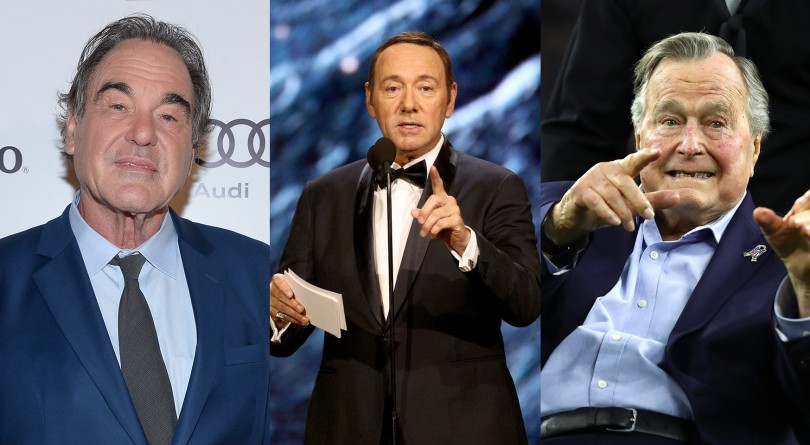 The allegations: Anthony Rapp (currently starring in Star Trek: Discovery and best known for originating the role of Mark in Rent) says that when he was 14 years old, a then-26-year-old Kevin Spacey “climbed on top of him” at a party and made sexual advances.

The aftermath: Spacey tweeted that while he does not remember the incident, “if I did behave then as [Rapp] describes, I owe him the sincerest apology for what would have been deeply inappropriate drunken behavior.” In the same tweet, Spacey comes out as gay, saying Rapp’s story has “encouraged” him to “address other things about [his] life.” He was criticzed for choosing this particular moment to come out, and implying a toxic and erroneous link between being gay and being a pedophile. Later that day, Netflix announced that the season six of House of Cards, which is in production now and stars Spacey as U.S. president Frank Underwood, will be its last.

The allegations: The president and publisher of The New Republic is accused of inappropriate interactions with several female employees, per an email memo from TNR’s owner.

The aftermath: Fish is on a leave of absence pending an investigation.

The allegations: Rachel McAdams and Selma Blair are two of over 300 women who have accused the Oscar-nominated writer-director of sexual harassment and assault. Blair says that after a horrifying encounter in a hotel room, Toback threatened her life.

The aftermath: Toback has denied the allegations, saying early on that he has never met most of the women who accuse him. It was this response that prompted Blair to go public: “When he called these women liars, and said he didn’t recall meeting them and that the behaviour alleged could not be attributed to him, I just felt rage and an obligation to speak publicly now,” she told Vanity Fair.

READ: Why men who sexually harass and assault women must come forward

The allegations: Nearly a dozen women have now come forward following last week’s CNN report in which eight women claimed the political journalist and Game Change author made aggressive and unwanted sexual advances towards them during his tenure as director of political news at ABC, including pressing his erection against their bodies.

The aftermath: NBC has cut ties with the frequent contributor and Halpern’s hotly anticipated book chronicling the recent U.S. election has been cancelled. Halperin himself has apologized in a statement, saying, “I did pursue relationships with women that I worked with,” which is a weird way to describe the behaviour he is accused of.

The allegations: The Turn actress Heather Lind was the first of four women to claim that Bush Sr. groped her. Lind says the incident happened four years ago during a photo op, when the former POTUS referred to himself as “David Cop-A-Feel” before grabbing her rear.

The aftermath: A Bush representative claims that the David-Cop-A-Feel routine is “intended to be a good-natured joke,” adding, “To anyone he has offended, President Bush apologizes most sincerely.”

The allegations: For more than a decade, claims of inappropriate sexual behaviour — ranging from assault to exchanging coverage in prominent magazines for sex — have dogged the provocative fashion photographer. While there have been no new allegations, the conversation around Weinstein resulted in a re-examination of Richardson’s decade-long rap sheet.

The aftermath: Last week, Conde Naste (Vogue, Vanity Fair, GQ, Allure, W) issued a memo saying their publications would no longer be working with Richardson, while Elle magazine decided to reshoot its January cover featuring Zoe Kravitz, which Richardson originally shot. He denies all allegations, saying he has never acted without consent.

The allegations: A group of 25 current and former employees report being sexually harassed while working for the Besh restaurant group, and in some cases the allegations are specific to Besh himself.

The aftermath: The New Orleans celebrity chef and TV star has stepped down from both his position as head of his company and active duty at his restaurants. Representatives for the television show Top Chef say they are “evaluating” an already-taped episode in which Besh appears.

The allegations: After speaking out against Weinstein, the Oscar winner became the subject of his own sex assault narrative when a Twitter user unearthed a clip of Affleck grabbing the breast of then-MTV VJ Hilarie Burton during a 2003 taping of Total Request Live.

The aftermath: Affleck has apologized for “acting inappropriately” towards Burton. Meanwhile, Matt Damon confirmed to Good Morning America that both he and Affleck knew about Weinstein’s alleged harassment of Gwyneth Paltrow in the late 1990s.

The allegations: Former Playboy model Carrie Stevens says that the celebrated director grabbed her breast at a party in the 1980s, while the Oscar-winning actress Patricia Arquette has described a “weird” encounter with Stone, who she feels pursued her inappropriately after an audition.

The aftermath: Stone originally voiced some support for Weinstein and has since apologized. He has made no comments on the allegations made by Stevens and Arquette.

The allegations: Rose McGowan says the former head of Amazon Studios ignored her claims that Harvey Weinstein raped her (and cancelled her Amazon series shortly after she made those claims). A female producer says Price sexually harassed her while they were working together in 2015.

The aftermath: Price resigned after being put on leave earlier this month. In related (though much less serious) news, new reports claim that Price passed on Big Little Lies because he was concerned there wouldn’t be enough female nudity.

The allegations: A dozen women have come forward to file against the Nickelodeon show-runner and Loud House creator. He is accused of unwanted sexual advances and threats of industry blackmailing.

The aftermath: Savino says he is “ashamed” and “deeply sorry” for his actions. Nickelodeon fired him last week.

The allegations: Nine women say they were harassed or assaulted by the Montreal-based founder of Just For Laughs, including Salomé Corbo, an actress who alleges that Rozon grabbed her and slid his hand into her underwear at an industry party in 1990 when she was fourteen.

The aftermath: Rozon has resigned as president of JFL and also from his role overseeing Montreal’s upcoming 375th anniversary celebrations. Via a Facebook comment, he said he is “shaken,” but has not commented directly on the charges.