When women have kids during these years, they are most affected by the wage gap 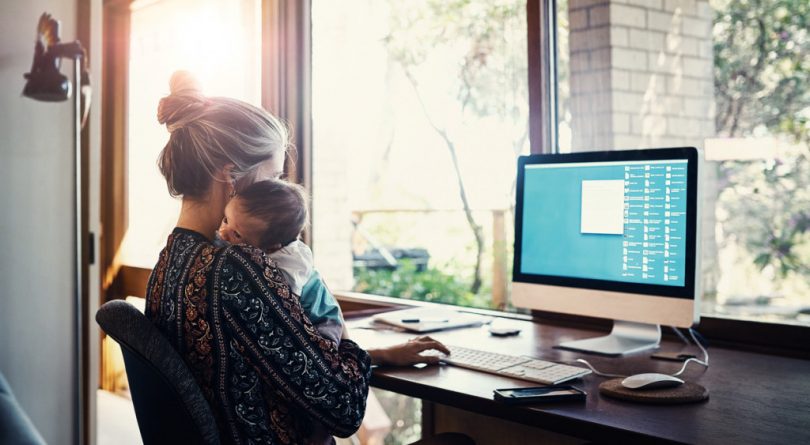 Here’s a stark and unpalatable truth: After giving birth, the vast majority of educated women never catch up to their husbands in earning power.

This is why, even in a liberal democracy like Canada—ruled by a government that boasts a gender-balanced cabinet—the wage gap is still a shocking 26 percent (according to figures from the Organisation for Economic Co-operation and Development) and has barely shifted in a decade. For comparison’s sake, that’s actually fractionally higher than the United States and significantly higher than Turkey, Poland and Costa Rica.

According to a recent paper from the US Census Bureau, women who have children either very early or very late are less affected by the wage gap, whereas those who have them between the ages of 25 and 35 (that is, the vast majority of educated working women) are hit hardest. These findings are backed by research in other Western nations, including Scandinavian countries.

READ: Why do men make more money than women?

The explanation, researchers say, is that babies and fledgling careers in competitive industries both require a huge amount of time and effort, and women who have babies while they are still trying to prove themselves at work end up having to choose.

By contrast, women who have children very young tend to be less-educated lower earners—a demographic in which the pay gap is a fraction of what it is in higher-earning professions. As for women who have their children later, it seems like they are better able to “catch up” on earnings after taking some time out to have children. Researchers think that this is because, when it comes to combining work and family, women who have kids at a later stage in their careers (35 to 45) are better able to reap the benefits of all those years of hard work.

This social trend certainly bears out in my own life. Throughout my late 20s and early 30s, I watched many girlfriends find partners, have children and subsequently struggle to reconcile their youthful career ambitions with the rigours of family life. While I was grinding it out at the office, putting in long hours and frankly focusing on work as a distraction from my (admittedly rather haphazard) romantic life, these girlfriends were making tough decisions about what actually truly mattered to them, given that there were only a finite number of hours in the day.

MORE: Regretting motherhood: What have I done with my life?

While I focused all my energy on work (it was either that or sit in my apartment and cry about boys who “just weren’t ready to commit”), I watched dozens of more grown-up girlfriends struggle with how to get what they wanted out of their careers and give their babies the love and attention they needed.

The majority of these women ended up opting for some sort of compromise: part-time work, job sharing, flex hours, fledgling entrepreneurship. In short, they opted for the solution commonly known as the “mommy track.” And this is a fine solution, except that when we talk about the “gender wage gap,” this is what we mean: women earning less than men and (usually) doing more in the home. Now that I’m in my 40s, I can count the number of mothers I know who earn the same as—or more than—their male spouses on one hand. In every other family, the wage gap gapes.

By the time I became a parent (first at 36 and again at 40), my career was in a very different place. The long office hours I’d put in during my 20s and early 30s meant that I’d established a reputation that resulted in longer-term, better-paying projects. I went freelance, which meant I was able to work for myself, set my own hours and essentially be my own boss. By the time kids came along, I’d crafted a working life that was both comfortably remunerative and within my control.

Never for a moment did I consider giving up my work or slowing down the pace once I had kids—I’d spent too long building my freelance career. (Having my full-time, flex-time, self-employed status made it an easier choice.) If I’d had my kids at 30—while I was still paying my dues in the office grind—I’d have undoubtedly felt differently, particularly if I had been able to take a year’s paid leave and had a supportive, high-earning partner.

MORE: Who does more housework? Here’s the dirt on who does what

Interestingly, the pay gap “age window” holds true across almost all Western nations—from the US, where many professional women have no paid leave, to Sweden, where all mothers are entitled to 18 months of paid leave (and a high proportion of men take paternity leave, too). What this suggests is that both a lack and a bounty of parental benefits tend to discourage women from returning to the workforce.

I’m not making the argument that mothers should cut their maternity leaves short or eschew part-time, flexible working situations; what I’m saying is that there is a trade-off here. The downside of that trade-off is the wage gap.

Naturally, there are other reasons why the wage gap exists and persists. According to Tanya van Biesen, executive director of Catalyst Canada, an organization that promotes women’s rights in the workplace, these include (but are not limited to) women starting at lower wages than men in their first jobs (which then get magnified over time), a persistent unconscious bias in talent management and compensation systems, a lack of access to affordable childcare (pulling and keeping women out of the workforce), additional pressures placed on women to be the one responsible for family care, uneven (or, in some cases, non-existent) parental leave benefits and a lack of access for women to senior-level sponsors in organizations (leaders who are advocating for their development and advancement). As van Biesen pointed out to me in an interview, “We won’t solve the problem unless we resolve all of these issues.”

But on the topic of children and the pay gap, I don’t think the answer is for ambitious women to start aiming to give birth outside the age window of 25 to 35. It’s too impractical for all sorts of obvious reasons (least of all, biological ones).

The more workable solution is for fathers to step up and start doing their fair share of housework and parenting. At present, women do the lion’s share of “home care,” even when we earn the same or more than our spouses. That ain’t right.

The pay gap isn’t due to having children. It actually comes down to dads. The good news is, this, too, is changing. The more dads who step up and muck in, the narrower the wage gap will be.