The year in hashtags, memes, and viral videos

Newsmakers: Watch the viral videos and revisit the social-media buzz that dominated our online lives in 2016

By Alisha Sawhney and Maclean's December 2, 2016 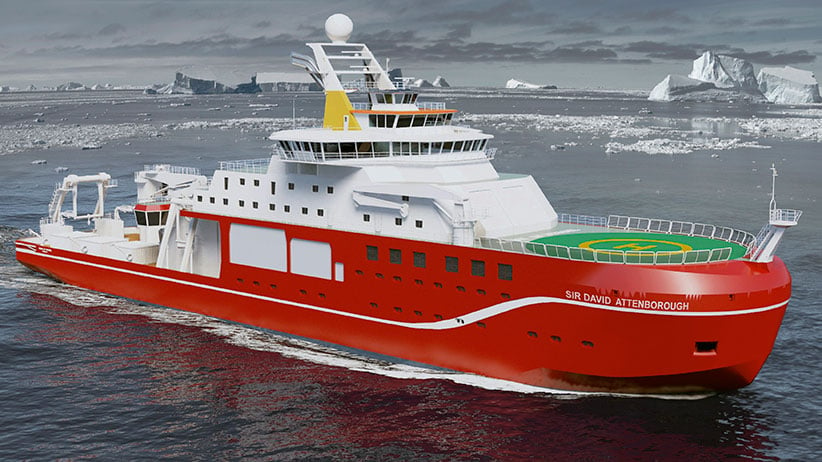 Our annual Newsmakers issue highlights the year’s highlights, lowlights, major moments and most important people. Read our Newsmakers 2016 stories here, and read on to see the viral videos and hashtags that defined the year.

#Harambe: After the gorilla was killed to protect a child who’d fallen into his enclosure at the Cincinnati Zoo, his senseless death was turned into a meme that stood for everything, and nothing.

#BoatyMcBoatface: Good intentions go awry, No. 8,459: When Britain sought the public’s help in naming a new research vessel, Boaty McBoatface surfaced as the clear winner of the non-binding poll.

#FreeJohnScott: When fans voted journeyman hockey enforcer John Scott to the All-Star Game, the NHL pressured him to drop out, and his team in Arizona traded him to Montreal, which shunted him to St. John’s, N.L. Fan backlash got him back in the game where he scored two goals and was named MVP.

MORE: What the John Scott affair says about the future of hockey

#BurkiniBan: After French seaside towns banned modest Muslim swim outfits, a picture of a middle-aged woman on a beach in Nice stripping off her tunic while surrounded by hulking police officers was widely shared; soon the country’s highest court ruled against the ban.

#Pepe: Cartoonist Matt Furie’s green frog became such a symbol of racist, anti-Semitic vitriol that the Anti-Defamation League declared it a hate symbol, and worked with Furie to turn the cartoon amphibian into a symbol of tolerance.

#PriyankaChopra: When the Bollywood star appeared on the cover of Condé Naste Traveller wearing a T-shirt with the words “refugee,” “immigrant,” and “outsider,” crossed out, she claimed it was to address xenophobia; critics accused her of belittling the plight of displaced people.

#BlackLivesMatter: As the number of black men killed by police in the U.S. grew, so did opposition to police violence—along with a backlash (#AllLivesMatter).

Adele’s Carpool Karaoke: Can Adele do anything without breaking the internet? The full-time music icon and part-time YouTube sensation went for a drive around London with the lovable late-night host James Corden in his popular Carpool Karaoke segment back in January. Adele jammed out to Nicki Minaj’s “Monster” and the Spice Girls “Wannabe,” after belting her own hits with Corden. The video currently has over 135 million views, making it the most watched late-night YouTube clip ever.

Justin Trudeau goes quantum: When Prime Minister Justin Trudeau visited the Perimeter Institute of Theoretical Physics in Waterloo earlier this year, he shocked reporters and scientists when he explained quantum computing in under a minute. “A regular computer bit is either a one or a zero, either on or off. A quantum state can be much more complex than that, because as we know, things can be both particle and wave at the same time and the uncertainty around quantum states allows us to encode more information into a much smaller computer,” he said. Not only did the room erupt in applause, but it also ignited international media attention. But did Trudeau really know anything about the cutting-edge technology—or was his flair for the academic in front of the camera a well-rehearsed response? According to the Washington Post, Trudeau “messed up in the video that everyone loved.”

Obama’s mic drop: At his final White House correspondents’ dinner, Barack Obama delivered one-liners about eating a Trump steak, his greying hair, and his bromance with Justin Trudeau. But Obama’s memorable sign-off was what the world would play again and again. He picked up his mic—one that he didn’t use during his speech—and dropped it off the podium. “I just have two more words to say,” the president said. “Obama out.”

The Lemonade visual album: You don’t need to be part of the BeyHive to know that the hour-long film accompanying Beyoncé’s sixth studio album, Lemonade, was a visual masterpiece celebrating black female empowerment. Whether assembling for the “Single Ladies” shuffle or marching to the iconic “Formation” choreography, Queen Bey has reliably delivered not just a video, but also a visual album that chips away at the borders between music videos and film.

When the Tenors “sang” “O Canada”: Tenors member Remigio Pereira was booted from the pop-opera quartet earlier this year when he unexpectedly changed the lyrics to the national anthem during a televised performance at an All-Star game in California, subbing in the lyric, “We’re all brothers and sisters, all lives matter to the Great.” The phrase “All Lives Matter” has remained in the national spotlight this year as a misguided response to the Black Lives Matter movement. Seen as reductive and trivializing, critics of the term say that it undermines the Black Lives Matter group’s efforts to reverse the longstanding history of mistreatment of African-Americans in the United States.

Chewbacca Mask Lady: When 37-year-old Texas mother and Star Wars superfan Candace Payne filmed herself in a Chewbacca mask from Kohl’s while hysterically laughing in her car, posting the four-minute video to her Facebook, she couldn’t have imagined that the world would’ve fallen for her hearty laugh. But her video has more than three million shares on Facebook, spurred appearances on talk shows across the country—including one where she met Star Wars director J.J. Abrams—and won herself almost half a million dollars in shopping sprees and vacation packages, including a trip to the Fan Expo Dallas with Chewbacca actor Peter Mayhew. Her endorsement, too, was enough to make the mask a hot-ticket item, selling out at myriad online retailers.

The marriage proposal in Rio: Chinese diver He Zi won a silver medal in the women’s three-metre springboard at the Rio Olympics. What followed went down in viral video history, as her boyfriend, Qin Kai, took the plunge and went down on one knee at the podium. But the dramatic gesture has divided audiences. While some praised the public proposal, others believe it upstaged her moment of victory.

The Mannequin Challenge: Forget about the lip dub, planking, and the Harlem Shake—the Mannequin Challenge is the latest communal viral-video craze to bombard our social media feeds, featuring people freezing themselves in place for the camera, while music plays in the background. Started in October by a group of high schoolers in Jacksonville, Florida, the visually arresting challenge—typically soundtracked by Rae Sremmurd’s song “Black Beatles”—has been taken up by all manner of celebrities, from Rae Sremmurd themselves and actual Beatle Paul McCartney, to Canada’s Conservative Party and America’s Democratic presidential nominee. Here’s LeBron James and the Cleveland Cavaliers’ Mannequin Challenge with Michelle Obama, from their visit to the White House:

Donald Trump calling Hillary Clinton a nasty woman: During the final presidential debate on Oct. 19, Donald Trump interrupted Hillary Clinton by calling her a “nasty woman.” They were discussing social security and Medicare, when Clinton said, “We need to put more money into the social security trust fund. That’s part of my commitment to raise taxes on the wealthy. My social security payroll contribution will go up, as will Donald’s, assuming he can’t figure out how to get out of it.” “Such a nasty woman,” Trump interjected. Predictably, Trump’s words set off a social media firestorm. Clinton supporters wasted no time to respond to the incident. One supporter even purchased the domain nastywomengetshitdone.com, which redirected to her website.

Kate McKinnon’s rendition of “Hallelujah”: There are moments in an election that define a campaign, and some that define a country. But seldom do the two converge as neatly as they did in Kate McKinnon’s sombre SNL performance of the classic song from Leonard Cohen, who passed away that week. Dressed in a white trouser suit, McKinnon sang several verses from the song, which deeply resonated with audiences around the world, leaving a rather emotional response after the outcome of the American election. As McKinnon’s serious show opener drew to a close, she turned to the camera: “I’m not giving up and neither should you.”

The third-grader who became a salsa sensation: Nine-year-old He Xiongfei from Lyoyang, China, inadvertently became an internet sensation after someone uploaded a video of his killer salsa moves during a dance class. As with most viral videos, the chubby-cheeked kid had no idea his technique would tantalize some million viewers. The boy’s parents were worried about his weight, and thought a salsa class would motivate him to get fit. It turns out a little fame won’t feed your appetite.

Fantastic Beasts and Where to Find Them: J.K. Rowling welcomed Harry Potter fans back to the wizarding world this November with Fantastic Beasts and Where to Find Them – penned exclusively for the big screen. The first installment of the five-part series takes place in the same magic universe as the Harry Potter series, but in 1926 America, where mischievous creatures wreak havoc in New York City. To think that Rowling’s stage-bound sequel to the Harry Potter series, “Harry Potter and the Cursed Child,” was enough to keep Potterheads on their broomsticks this year, was a lapse in judgment; the trailer alone was viewed more than 9.5 million times by salivating fans.

The Gilmore Girls revival: When the news broke that a Netflix revival of Gilmore Girls was on its way, the show’s fervent fan base needed more details to spill over their cups of Luke’s coffee. The teaser for the revival, which has amassed over 5.9 million views, consists of four 90-minute episodes that were released on Nov. 25. Welcome back to Stars Hollow, everyone.

A football player’s quiet act of kindness: When Florida State University wide receiver Travis Rudolph found a student with autism eating lunch alone on a visit to a local middle school for community service, he felt the need to join him. “I didn’t even know he had autism…it’s heartbreaking that he’s in that situation but I’m praying for him,” Rudolph says in the video below. Rudolph’s small gesture quickly appeared on the Florida State Seminoles’ Facebook page, where the video has more than 5,000 views. Athlete of the Year just might be on this football player’s resume in the future.

Pen-Pineapple-Apple-Pen: Japanese comedian Daimaou Kosaka had a pen. He also had a pineapple. What did he have? “PPAP,” a smash viral video with more than 90 million views, embracing the zany frivolity of “Gangnam Style.”