Some 50 strangers from British Columbia to Nova Scotia mailed letters to Stan Smurthwaite, a strange delight for the WWII vet and retiree 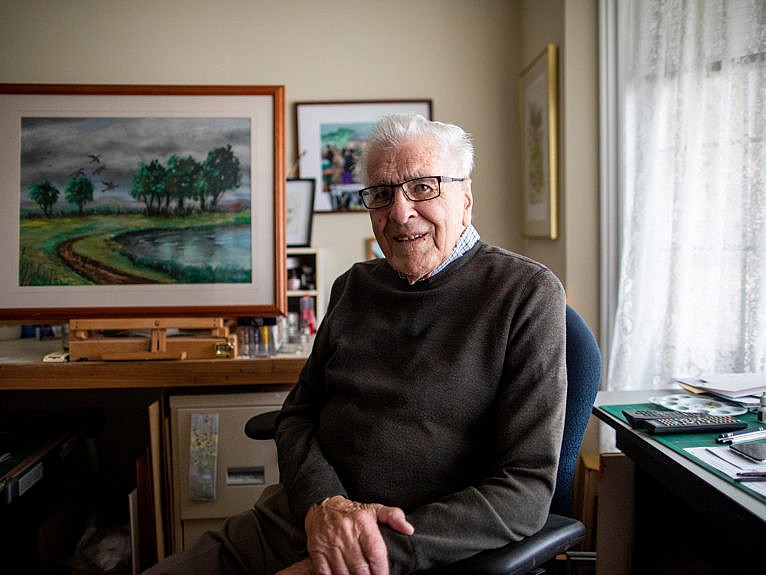 Smurthwaite at his home (Photograph by Carlos Osorio)

There is satisfaction in the feel of the paper. The weight of the pen. The rhythm of the longhand. The placement of the stamp.

There is satisfaction in the clank of the mailbox when the postman visits. Then in the sifting: ads, takeout menus, bills and—aha, there it is—buried treasure. Next, the anticipation of what’s inside. The attempt to recognize the handwriting. Finally, the soft rip of the envelope.

Stan Smurthwaite has never taken for granted the miracle of postal service. It is the reason he can receive treasures from far afield. Letters from the United Kingdom, where he grew up and served in the Second World War. Updates from Morocco, where he spent nearly two decades as a missionary, where he and his beloved late wife, Audrey, raised five children.

“How wonderful it is to have a post office, and be able to write letters by hand,” says Smurthwaite, who moved to Canada in 1968 and served as minister to three Toronto Baptist churches before his retirement in 1990. “It’s not a chore for me. It’s an interest.”

The Elmira, Ont., resident, 95, wrote to Maclean’s last year after reading a column herein that lamented the never-ending deluge of mostly junk mail (“A hero for our times,” Work, March 2020). “It doesn’t often happen, but I am disappointed if there is an empty box,” Smurthwaite wrote. “I advise any oldie like me—write to somebody today, even if it’s just a greeting card. It takes away any loneliness. And you think. And it gives you something interesting to do. And it has an uplifting payback.”

After Maclean’s published that letter in our April issue, Smaro Kamboureli, an English literature professor at the University of Toronto, felt compelled to reach out.

“The empty mailbox, for me, was a very powerful image,” says Kamboureli, who is the primary caregiver for her own 93-year-old mother. “It was in the middle of the lockdown in Toronto and I was profoundly aware of what it means to be completely isolated . . . I wanted to reach out to an elderly man and say: ‘You matter. I can hear your voice.’ ” 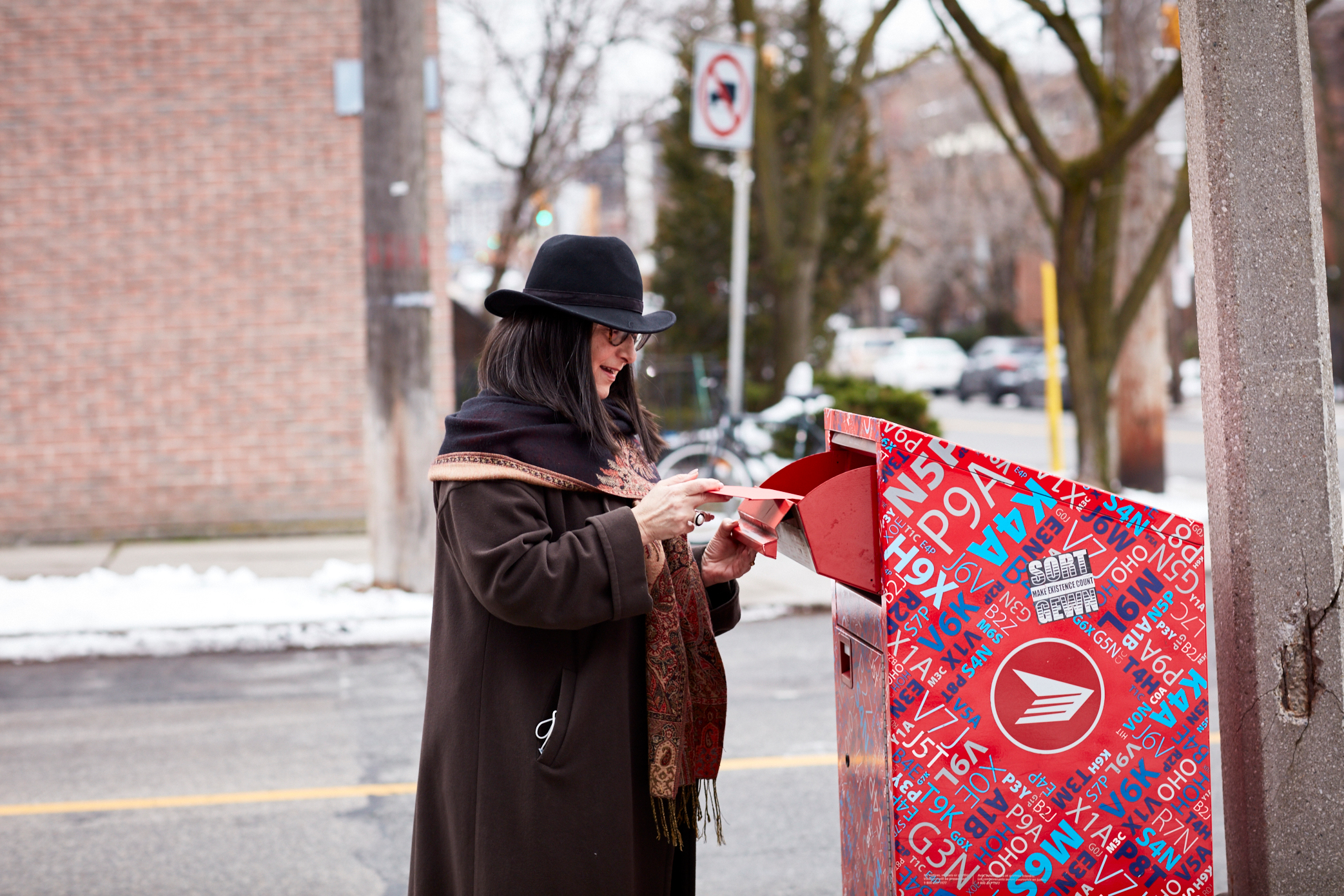 In her letter, Kamboureli told him about her birthplace, Greece, about her work teaching Canadian lit and about her lovely mother. Not long after, Smurthwaite wrote back by hand, telling tales of his family, his work in the church, his travels with his wife. They more recently exchanged Christmas wishes.

Some 50 strangers, hailing from British Columbia to Nova Scotia, had the same idea, and Smurthwaite still corresponds with a handful of them. The whole thing has made him feel famous, a strange delight for a man who describes himself as increasingly “duddery,” “just one of the guys,” someone who does “the things that ordinary people do.” 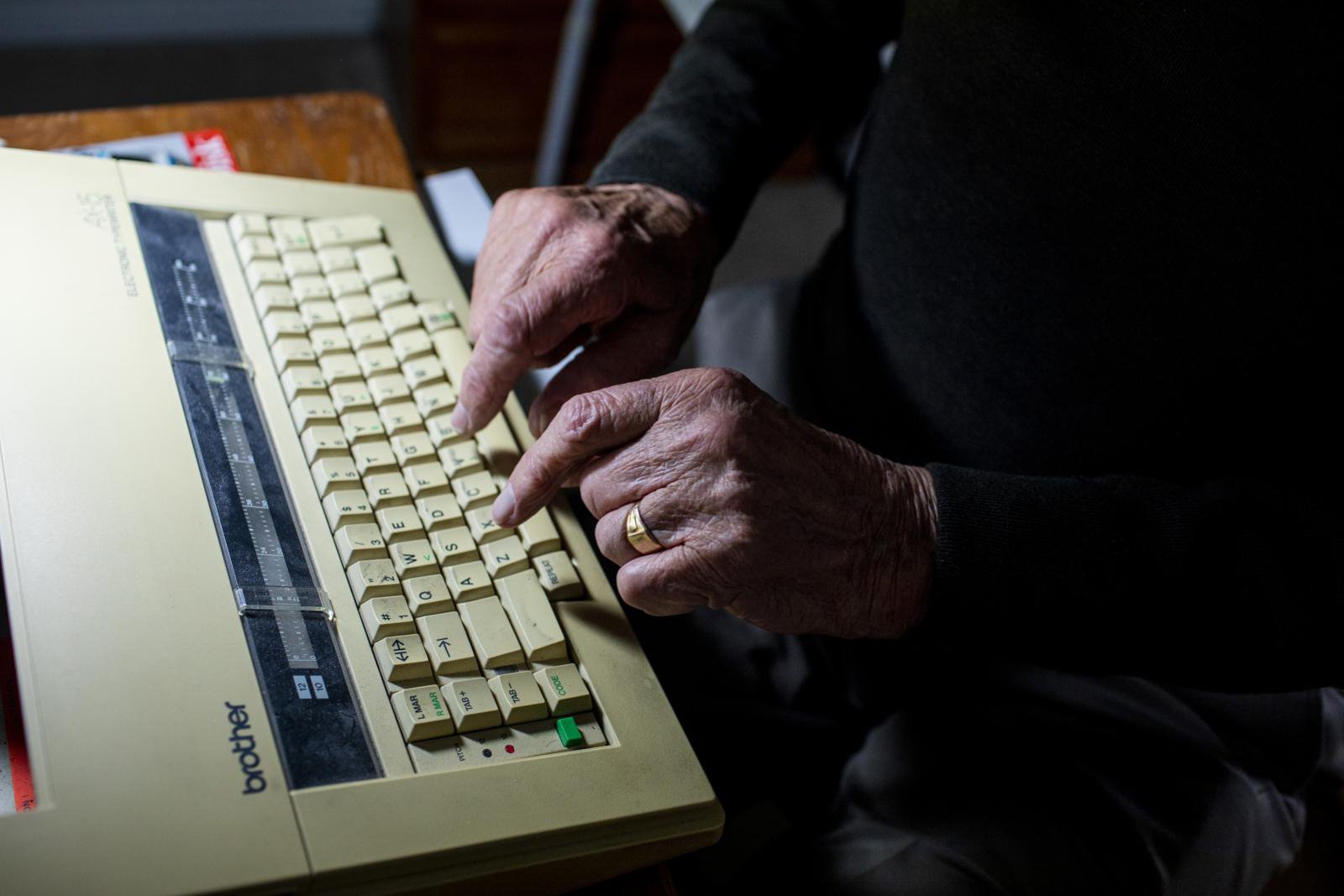 His pen pals may learn that one of those ordinary pastimes is a painting hobby. Smurthwaite dabbles in acrylics and oils and watercolours. Landscapes, mainly. Sometimes birds. He has always enjoyed working with his hands. Before the war, he attended art school on a scholarship; his father had had a career in sign-writing.

Others are curious about his service in the British Royal Navy. He describes to them the feeling of watching the Normandy landings on D-Day. “I was right up to the beaches,” he explains. “Because I was a signalman, I had to stay by my ship and couldn’t go ashore. But I was a spectator. I saw everything that was going on.” It was a traumatic experience, he says, but an amazing one.

The level of interest in such exchanges says a lot about our culture, Kamboureli muses. “That we’re not indifferent. We may be locked into our own lives and personal interests, but we’re open to the unexpected.” The correspondence made her own pandemic experience more pleasant. “It was not just for him. It was important and meaningful for me, too.”

During a year when demonstrating one’s love for older friends and relatives meant keeping one’s distance, the mail took on a greater significance. Though Smurthwaite lives with one of his daughters, his dozens of grandchildren and great-grandchildren have had to limit their face-to-face visits. But they still write to him, he says. “I’ve still got the writing.” 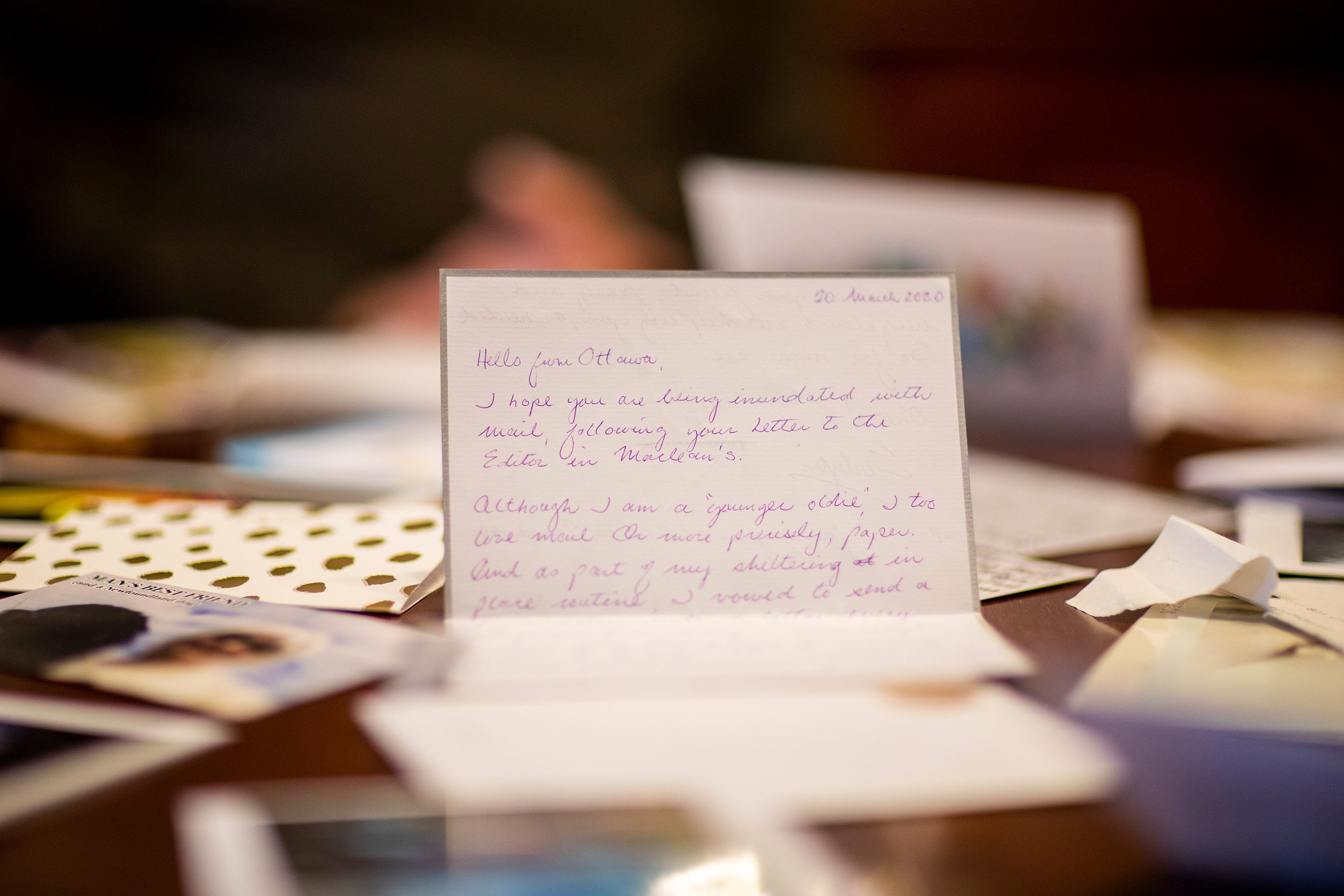 One of the handwritten letters Stan received (Photograph by Carlos Osorio)

Consider taking a page from Smurthwaite’s book. Write to your great-aunt, your grandfather, your mother, your uncle—heck, your second cousin once removed. Send birthday cards. Take a break from email. Revel in the efficiency of our modern postal system. Thank your mailman. Enjoy the weight of the pen, the feel of the paper.

And, if you feel so inspired, check in with Smurthwaite, who says he would be delighted to receive more mail from fellow readers. We will pass your letters along:

This article appears in print in the February 2021 issue of Maclean’s magazine with the headline, “Letters to Stan.” Subscribe to the monthly print magazine here.