Tim Hortons and Barbie: two minutes each for delay of game

Image of the Week: Tim's was set to roll out an exclusively white Hockey Barbie when it suddenly woke up to the times 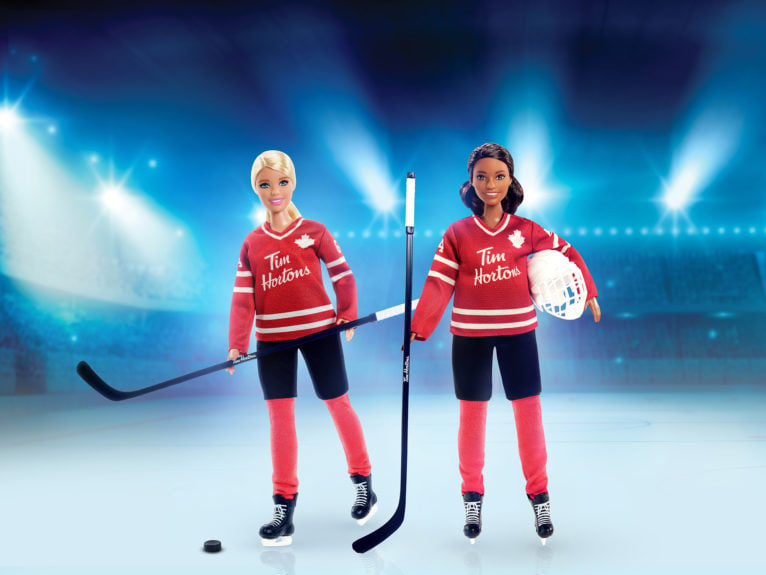 Out of the Dreamhouse and onto the ice. (Tim Hortons/CP)

In a classic example of brands teaming up to create junk nobody asked for, Tim Hortons partnered with Mattel in 2019 to create a hockey-themed version of the classic Barbie doll. It was the usual blond figure, adorned with skates, hockey pants that seem too short, a stick that might belong to Zdeno Chara and a Tim Hortons jersey. Nobody paid much attention to this, and maybe for that reason, Tim Hortons managed to stir up its own self-righteous publicity by suddenly announcing this week it would not be selling the dolls in their stores until a Black version became available as well. (The white one is already for sale in toy stores.) Tim’s communications people fully acknowledged they had no plans to make a Black doll until this year’s wave of global protests, sparked by the death of George Floyd, inspired hundreds of brands—including the NHL—to quickly signal their corporate virtue. Most companies put out a basic statement on Twitter and left it at that. (Some went a little further, like LEGO, which donated $4 million to Black educational organizations and asked toy stores to stop advertising their police and White House sets.) Then along comes Tim Hortons, which doesn’t exactly apologize for reinforcing stereotypical presumptions about the overwhelming whiteness of hockey; instead the company implicitly invites people of colour to spend 30 bucks on a racialized piece of plastic kitsch. The less cynical might applaud this encouragement of diversity. Really, it’s a bit of both. Maybe this is just what glacially shifting mainstream attitudes look like: corporations scrambling to keep up with the times.