Tim Leiweke has left MLSE. Now thank him, and move on. 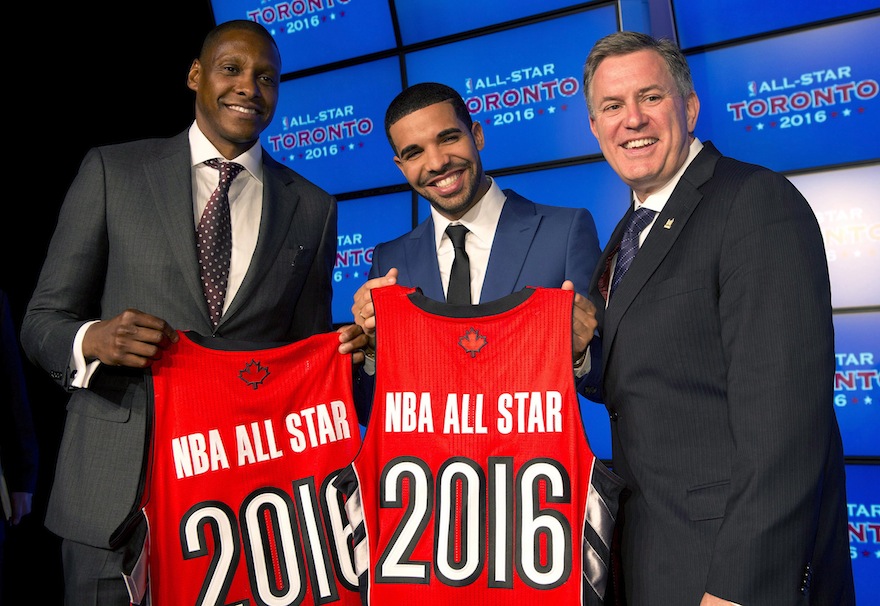 When Tim Leiweke took over the president’s job at Maple Leaf Sports and Entertainment in June 2013, he rode in on a white horse. That’s no easy thing to do for a fan base as suspicious as it is snakebitten. This was the top job in an organization that owned two of the three most esteemed sports franchises in the country—the Toronto Maple Leafs and the Toronto Raptors—and it looked like he had the ideal pedigree to redeem those glamorous yet flagging teams. He had, after all, turned around AEG, the company that owns the NBA’s dynastic lions, the Los Angeles Lakers, and the NHL’s Stanley Cup-winning Los Angeles Kings. He was also known to have brought soccer megastar David Beckham to play in L.A. “I never thought I was a top free agent,” Leiweke told Maclean’s national correspondent Jonathon Gatehouse in an interview last summer—but there’s no denying that’s exactly what he was: a major get, making big promises that made even Toronto’s dubious fan base hopeful.

Leiweke’s hiring was the kind of move that Toronto fans had, curiously, started to get accustomed to. After all, this was but a few months after the Toronto Blue Jays swung a major deal to acquire most of the Miami Marlins’ major-league talent. There was talk of the capital-T Trade making the Jays playoff contenders, maybe even World Series favourites. That was June—so the bubble hadn’t fully burst yet on what would prove to be a disastrous season—but even then, fan optimism was premised on rebuking the core sentiment that permeates Toronto sports. Hey, this is the kind of trade that the big boys make!

The city, for all of its fan fervour and its relative big-market quality, suffers from an undeniable inferiority complex. In some cases, it’s fair. For instance, the Jays and Raptors rarely nab marquee American airtime because Canadian ratings don’t count for much; because Toronto isn’t a major media market, it’s harder, too, to lure in established stars. In other cases, it’s not so much: The complex boils pettily to the surface every time a Leafs or Jays player leaves—either by volition or not—as fans boo him on the field regardless. In some cases, Toronto fans even lustily boo the players that put the city on the map, a decade after they left.

With Tim Leiweke’s departure after a day of will-he-or-won’t-he conjecture—Sportsnet predicts he might be headed for a job with the NBA’s big-market Los Angeles Clippers—the inferiority machine is about to get rolling again. Toronto’s not big enough for you? Well, here’s some vitriol. But the major takeaway from Leiweke’s departure shouldn’t be the brevity of his stay in Toronto, but rather the reality of what he accomplished: everything he promised.

For Leiweke, it was always about installing a championship mentality—that Toronto sports teams are major players that belong, inferiority complex be damned. It’s hard to ignore that the Leafs, the Raptors and its soccer Toronto FC franchise are in a better place now than a year ago, with Leiweke’s fingerprints all over the architecture.

The major coups came for the Raptors: Leiweke brought in top executive Masai Ujiri and brand ambassador Drake, each vital in their own ways in making the Raptors a buzzy international brand with a clear identity in an America-centric league. When the Raptors made their surprise run to the playoffs, it’s hard to say that Canadians weren’t mobilized by the great Drake-spurred “We the North” campaign and Ujiri’s fighting words, which became a mantra for the scrappy underdog team.

Thanks to a Drake phone call here and there, Toronto FC made significant inroads into becoming a destination for European stars to play in their offseason, resulting in thousands more seasons tickets sold. It was a far cry from 2012, when the team desperately slashed prices just so ticket-holders wouldn’t jump ship.

As for the tired Leafs? They managed to lure Brendan Shanahan away from a cushy gig with the league office, with the intent of ushering in a new era of hockey analytics—which is, against all odds, still a niche field in the NHL. While the old guard remains on the inside, it’s clear the times are changing, as signalled by Shanahan’s hiring of 28-year-old Kyle Dubas.

And even in the face of Rob Ford, Leiweke wouldn’t back down. He’s become the most public non-political figure to take on the Teflon mayor, a kind of heroic feat in itself. Leiweke talked a big game, sure, but we shouldn’t forget that he made a lot of it happen, too. And Toronto wants to be big game.

But professional sports are not an instant-gratification kind of game (as the previously mentioned Jays trade painfully proved). It’s not so long ago that the Kings—now so obviously the toast of the town with a championship roster and accountants’-envy salary-cap situation—was a laughingstock also-ran. It’s hard to credit Leiweke with every success in the past year; the Raptors’ trade of Rudy Gay, one that shook up team chemistry and powered their playoff push, wasn’t his doing. But in just one year, there’s no denying that the pieces are in play for a championship mentality to grow, and in the NBA, he did what few thought was possible: make Toronto more than a wintry outpost, but a city that mattered. In fact, when Drake urged attendees at his major summer festival to make noise to let superstar Kevin Durant know what it would be like to play for the Raptors, the cheer was deafening—there was a real belief that just maybe we could get one of the league’s transcendent talents. When Drake was fined for it and the NBA allegedly pressured the team to drop Drake as a spokesperson, MLSE declined—a move that was deafening in its own way.

Will MLSE’s franchises potentially be worse off for not knowing what more magic Leiweke could accomplish with more than just one year in Toronto? Possibly. But the thing for Toronto fans to do, to prove that they know how good they have it, and to cast off the claims of their long-held inferiority complex, would be to thank Tim Leiweke, and move on. It would be the ultimate proof that he did what he set out to achieve.