A gifted child, he loved reading and Lego. In his 20s, he gained renown for risky backcountry ski adventures. 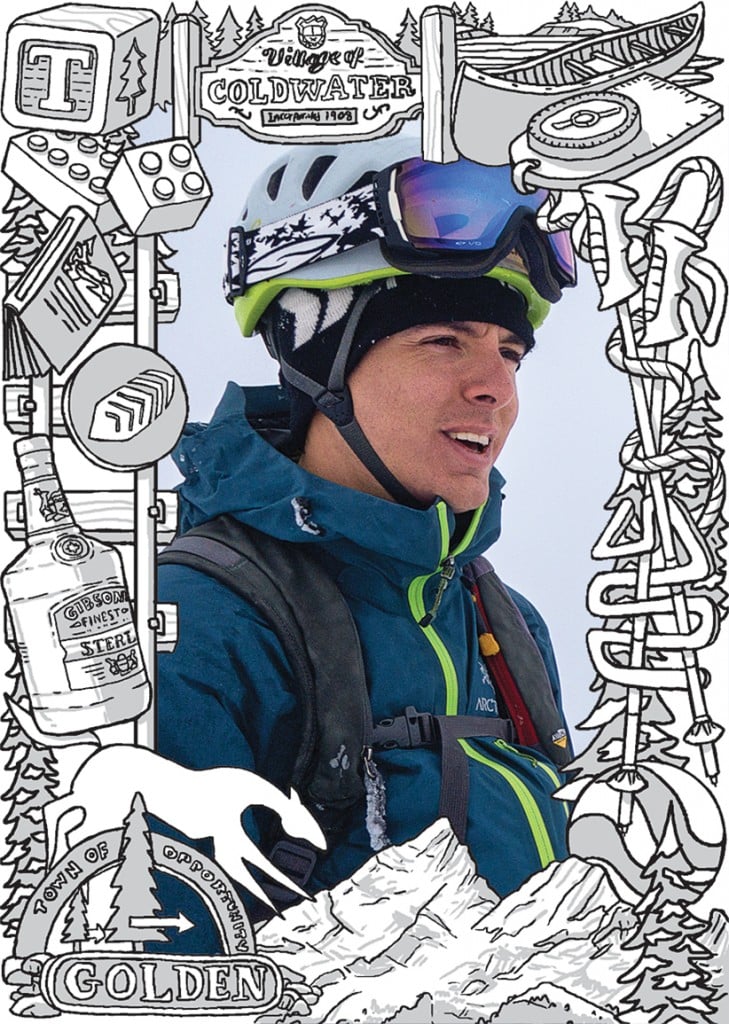 Trevor Donald Sexsmith was born in Toronto on June 17, 1989, to Malcolm, a mechanical engineer, and Michele, an executive at a marketing and analytics company. He had an older brother, Brian.

As an infant, Trevor was a screamer, says Michele. He didn’t pipe down until he was seven months old. A pediatrician remarked he was a sensitive and bright child. He was right. One day, when Michele was teaching Brian the alphabet, Trevor suddenly began reciting words. Unbeknownst to her, Trevor, 3, was picking up reading by watching his brother.

He devoured books and “was a Lego fanatic,” says Michele. In Grade 3 Trevor successfully tested for a gifted children program but stubbornly refused to go, saying he wouldn’t leave his friends.

When Trevor was 10 his parents announced the family was moving to Coldwater, Ont., where they had a 700-sq.-foot cottage. Trevor was miffed, again reluctant to leave friends. To mollify him, when his parents bought a larger place a few months later, they built him a promised video gaming room so he could invite over new friends.

An outdoorsy family, the Sexsmiths mountain-biked, hiked, canoed and skied together often. The nearby Mount St. Louis Moonstone resort was their regular hill. Everyone in the family, including Trevor when he was 16, did stints as ski instructors there.

Trevor graduated with a degree in mechanical engineering technology from Georgian College in 2010, and started work at a railway maintenance equipment manufacturer in Mississauga. It proved a short stint. One Christmas the family skied Le Massif de Charlevoix in Quebec. “I think that was really [Trevor’s] first powder day,” says Michele. Something inside him clicked. He started researching where to ski some of the best powder in Canada. It was Golden, B.C. He announced he was moving there right after Christmas.

Trevor wasted no time getting on the slopes at the nearby Kicking Horse Resort. In February 2011 a cornice gave way while he was skiing and he fell down a 25-m cliff, cracking his pelvis, breaking a wrist and knee. He spent six months recuperating from surgery. He returned to Golden the next year and got his first taste of backcountry skiing. He was “entranced,” he once wrote, by the stunning vistas and challenge of skiing the faces of seldom, if ever, tested mountains.

He improved rapidly in fitness and skill. “He had a real vision for moving fast and light in the mountains,” says Matt Ruta, who often skied with Trevor. With a small circle of backcountry companions capable of joining him, Trevor braved multi-day trips in steep terrain. They often hiked up slopes at night, on icy terrain sometimes criss-crossed with crevasses and other dangers. Even after getting a full-time job with CP Rail in 2014 and regularly working night shifts, Trevor would finish work at 7 a.m. and head straight to some mountain. “Trevor had a real penchant for getting up at ungodly hours and going on long missions,” says Ruta.

His goal: to ski all the “11,000 footers” in B.C. Well-trained in avalanche safety, he might have been thought crazy if he hadn’t been so meticulous in planning, says his brother. Trevor frequently used Google Earth to zoom in on potential mountain runs, taking copious notes: seasonal weather conditions for a peak, sun angles on particular faces throughout the day. He tested and retested snow layers for avalanche dangers. When he shredded one mountain he’d take hundreds of photos of nearby massifs to help plan future routes. “He had a Rolodex in his mind” of the mountains he wanted to ski, says Brian.

On his blog, Trevor posted detailed accounts of his trips with maps and photos and videos he and companions took. The blog gained Trevor renown in rarefied ski circles as a “younger hardcore,” as he was described last May in Biglines, an online ski magazine. Biglines posted at least a dozen accounts of Trevor’s heart-stopping descents. “He had a passion for the mountains that burned brighter than almost anyone we know,” it said after his last trip.

On Sept. 25, Trevor and a friend were attempting to ski Mount Victoria in Banff National Park when weather closed in. They turned back. Trevor, leading down the mountain’s east face, accidentally triggered a small slab avalanche. Barely 10 cm deep, it was enough to sweep him over a 90-m cliff. His body was recovered the following day. He was 27.