Kristen Worley and Lorimer Shenher delve into their journeys in their new books; 'Woman Enough' and 'This One Looks Like a Boy' 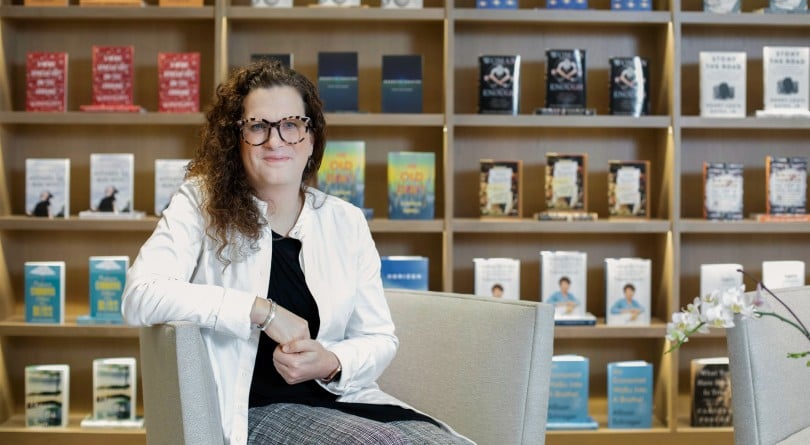 In 1966, a young, unmarried New Zealander left her tiny village to come to Toronto, a place where she thought she could have her baby far from prying eyes and start a new life. But Tess Lynch grew worried about her ability to provide for the child and ventured into a doctor’s practice she often passed by. The doctor was immediately helpful; he knew a couple—although he didn’t mention that the wife was his sister—interested in adopting a second child. “And that’s how I ended up where I am today,” says Kristen Worley, who—as an Olympic-level cyclist—decades later took on, and trounced, the International Olympic Committee in a landmark Ontario Human Rights Commission hearing on the IOC’s discriminatory gender policies. “Those crucial early choices by my birth mom are what started my journey,” she says, “because I couldn’t have done what I did, kicking open that door for women and diverse athletes, in any other place in the world, because of Canada’s rights codes.” Very early steps, to be sure. As Worley’s new memoir, Woman Enough, describes, there was a long way to go for the newborn New Zealander, adopted by Arlene and Jim Jackson of Mississauga, Ont., as their middle child and elder son, a boy named Chris.

Lorimer Shenher, born into an ordinary Calgary family in 1964—another middle child, the elder of two daughters—can’t tell an origin story to rival Worley’s, but he, too, speaks of his life in the language of journey and discovery in his memoir, This One Looks Like a Boy. Like Worley, Shenher is an accomplished Canadian who is also transgender, the author of That Lonely Section of Hell, a critically acclaimed account of the botched investigation of serial killer Robert Pickton that draws on Shenher’s stint as head of the Vancouver Police Force’s Missing Persons Unit. And as authors of intimate and moving accounts of growing up different, they both have the same hope for their memoirs: to fill the void they felt so acutely in their own childhoods.

“My aim, basically, was a book that I would have wanted to read when I was struggling with these things myself,” says Shenher, “something that provided a glimpse into the life of somebody like me.” He vividly recalls his own shock in 1976 when Renée Richards became front-page news. For the sports-mad 12-year-old Shenher, reading about the New York ophthalmologist who had undergone male-to-female sex-reassignment surgery before going on to compete on the women’s professional tennis circuit sparked his first realization that he was not alone in the world.

READ: Trans people cannot be erased. We have always existed, and will continue to live.

Among the social changes that have roiled North American society in the past two generations—all of which, from feminism to First Nations’ resurgence to LGBTQ rights, turn at least in part on issues of identity, expression and recognition—none has travelled as far or as fast as transgender issues. The rapid transition from being hidden deep below the surface, Renée Richards and Christine Jorgensen notwithstanding, to the prominence of trans individuals in all walks of life, the debates about public-washroom access and Worley’s revolutionary assault on the IOC’s blatant discrimination are hallmarks of a concept and a reality that are as fluid as human gender itself is proving to be. The science of gender, which dives deeply into endocrinology, physiology and evolutionary biology in general, is continually evolving along with society’s evaluation.

Consequently, the language about gender is in flux too, with no consensus about precise definitions reached not just among outsiders, but also among those who are gathered (sometimes unwillingly) under the trans “umbrella.” It’s almost impossible for even the most sympathetic outsiders not to make missteps, a situation that inspires caution among them. Worley, a kind-hearted soul who nonetheless takes no prisoners in her memoir, calls out a judge who had just issued a generally favourable ruling for referring to her as someone who “identifies as an XY transgendered athlete.” Not true, Worley writes: “I don’t ‘identify as’ that. I am that, an XY female.” 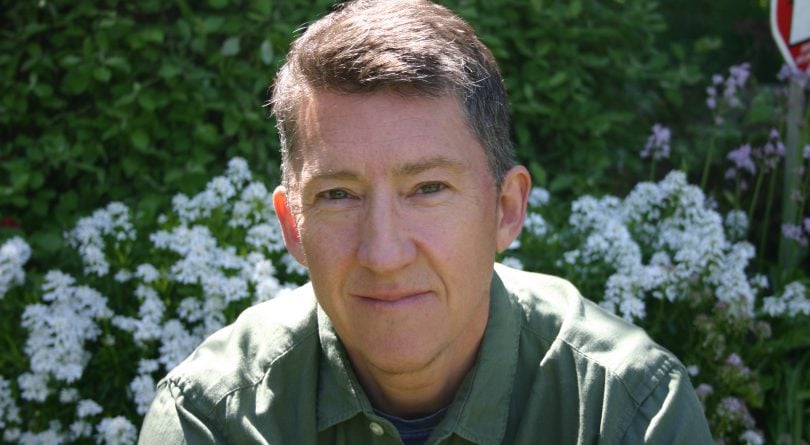 Shenher does not use a similar chromosome-derived term for himself, but he too objects to the “transgendered” label. “The ‘ed’ is something that needs to be excised from the word, from all the language around us, because it says transitioning is something that has already happened, over, done. Terminology should not indicate where a person might be in their journey. I know this can sound a little precious, but the idea is that what really matters is the identity, whether you’ve medically transitioned or not, whether you’re thinking about it, whether you use ‘he’ as a pronoun or ‘they.’ ” How, then, does he describe himself? “Trans man, transgender man, yeah.”

The still-evolving science and the constant upheavals in terminology are themes that run through both books. The authors are well-versed in what Worley calls “brain-sex science,” although the athlete is necessarily more immersed than the ex-cop, because of her legal challenge. Woman Enough spells out Worley’s understanding. We all begin as physiologically female, whether our chromosomes are XX (female) or XY (male) or “one of the 27 variants found in human development, such as XXY.” For most people, brain and body develop in tandem: an XX fetus will develop ovaries, which will send a wash of estrogen to tell the brain that it’s female; an XY fetus’s testes will inform its brain via testosterone that it is masculine.

Sometimes, though, given the “inﬁnite complexity” of human development—consider those 27 known variants—the message doesn’t make it from sex organ to head, and a fundamental, permanent biological disconnect occurs between brain and body. For Worley, that’s clearly what happened to Chris Jackson, whom she always talks about in the third person (“It’s like Chris died, and it’s also like he never existed—I inhabited him, but he wasn’t me”). It’s also why she fought the IOC for trying to stuff all of human diversity into its binary, male-female system and in the process discriminating against XY females in a way it never did against XX males.

READ: What it’s like to be LGBTQ at a Canadian Christian university

This One Looks Like a Boy, which takes its title from a frequent, and always ignored, comment from Shenher’s paternal grandmother, devotes more space to the social questions swirling about trans people and trans life, including thoughtful commentary on learning to be a man after so many years of presenting as a woman: “I’ve had to realize I now present as a body that symbolizes power, oppression, condescension, all the things that women have had to deal with forever. Women will now react differently to me and I have to react differently to them, not in ways that are all right for another woman but can seem threatening from a man. It’s something I need to work toward.”

That sense of conscious caution extends to the whole trans experience. When Shenher first started talking with his publisher about his book, “they were quite interested in having me write almost a primer on trans issues,” he says. But the social conversation was evolving so quickly, “even as a transgender guy I felt behind, unable to keep up with the thinking on it, and ultimately we landed on personal memoir.” Familiar as Shenher was with scientific research on “how much is social, how much genetic,” he realized that what trans people and society at large were making of it all was far from settled. “Gender nonconforming, for instance,” he adds, in reference to trans people who do not see themselves as one distinct gender, whether male or female, “is a subject that I don’t feel qualified to speak to. Although I think there may be people in my generation who transitioned and are now hearing the conversation around gender nonconforming. They might be looking back and saying to themselves, ‘If I had been born in this era, that’s actually where I might have aligned.’ ” Shenher sees what he calls “the growing nuance of gender” as a hopeful development to be “embraced. In the world we grew up in, it wasn’t even in the discussion—we, too, had internalized the binary.”

For all their insights into contemporary trans issues, including Worley’s dismantling of the IOC’s prejudices at the cost of her own career as an Olympic-level cyclist, what the two memoirs do best is fulfill their authors’ hopes. They tell engrossing stories, emotional and even surprisingly, touchingly humorous at moments. Worley, an elite waterskier as a teen, moved to cycling because she wanted to go to the Olympics, but it didn’t hurt that competitive cycling gave her former self, Chris Jackson, a socially acceptable reason to shave his legs. And Shenher, the parent of three children, tells the story of his one pregnancy—when he was still living as a woman—in as level a manner as he can, but its comic undertone keeps seeping out: “I know, I know,” he says, laughing. “It’s like saying, ‘I dressed up in drag—and I got pregnant.’ ”

But for both writers, what dominates is the feeling of alienation from themselves, of being trapped in the wrong identity. It figures among their earliest memories—by age three, Worley was already confused and desperately lonely; on his first day in kindergarten, Shenher lined up with the boys, already sure where he belonged. Shenher’s family was appalled when he first came out to them, but eventually reconciled with him. “I can’t think of anyone who I’ve lost in my life by transitioning, which I’m very grateful for—surprised, too.” With the sole exception of a lunch with her 81-year-old adoptive mother two years ago on the occasion of her own 50th birthday, Worley has had no contact, let alone reconciliation, with the Jacksons.

Few people in Chris Jackson’s life are also in Kristen Worley’s. But she has re-established contact with her birth mother in New Zealand and her two half-sisters, and is a fully incorporated member of her ex-wife’s family, the Worleys, whose name she has taken.

The stories of Shenher and Worley, full of twists and turns, are heartbreaking and uplifting, rare and universal at the same time. They’re expressions of one of humanity’s essential truths: we all want to love and be loved, and if we aren’t allowed to be who we really are, we can’t.