Professor Judy Illes and Dr. Catherine Anderson asked for a more diverse group of scientists to be considered for the Canadian Science and Engineering Hall of Fame 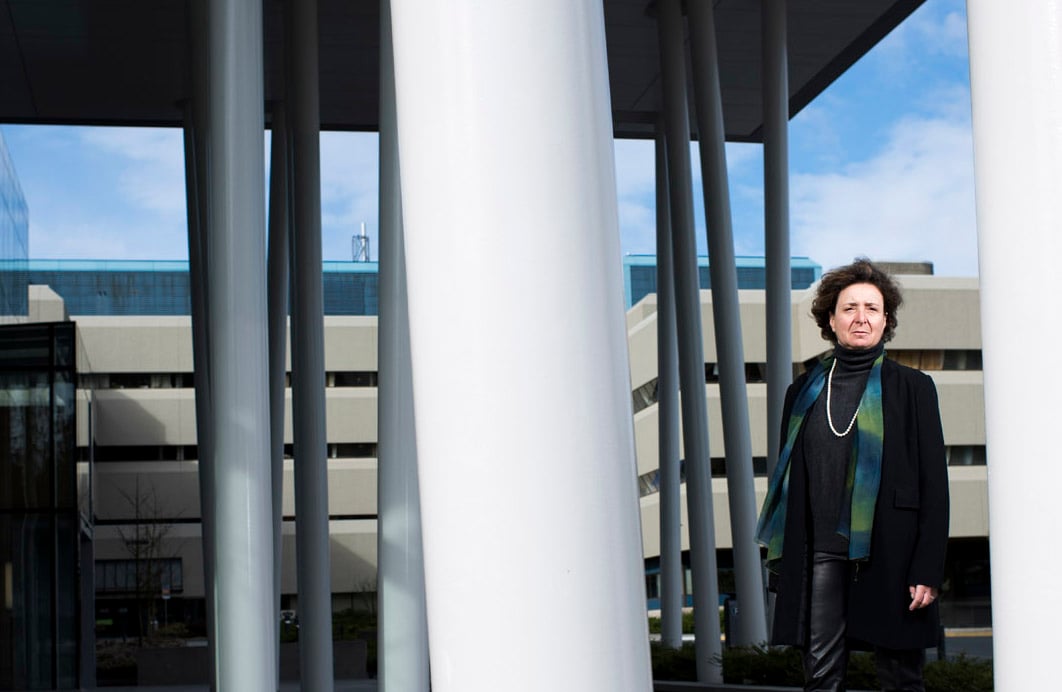 Two top Canadian scientists have resigned from the selection committee of the Canadian Science and Engineering Hall of Fame over concerns that, for the second year in a row, there are no female candidates among the finalists.

Judy Illes, a professor of neurology and the Canada Research Chair in neuroethics at the University of British Columbia, has been trying to fix the nomination process for the past two years. Last year she asked the committee to advertise it more widely. “We were assured that there would be a change over the past year and there wasn’t,” said the neurologist, who handed in her resignation April 3 to Sandra Corbeil, director of national education and outreach for the Canada Science and Technology Museum in Ottawa, which houses the Hall of Fame.

Dr. Catherine Anderson, a clinical instructor in the faculty of medicine at UBC and a nationally renowned science educator, resigned April 9 because she was concerned about the message the museum was sending to female students. “It’s important for young people to see people who look like them being successful. The Hall of Fame is supposed to represent the best and the brightest in Canada and it’s just not doing that.”

Illes and Anderson asked to reopen nominations so a more diverse group of candidates could be considered after they were  given four male finalists to consider for three spots in the Hall of Fame. Both say the request was denied by Corbeil, who oversees the nominations. In an email to Maclean’s, Corbeil said the museum could not accommodate the UBC researchers’ requests due to “current circumstances outside of our control,” but that the Hall of Fame has “always been strongly favourable to recognizing the significant scientific advances made possible by women in the Canadian scientific community.”

When asked to clarify the circumstances beyond their control, Corbeil directed the question to museum spokesperson Olivier Bouffard. In an email, he explained the museum was closed due to a mould infestation and focusing on that “required a significant reordering of priorities within the organization.”

For many leading female scientists, that just isn’t good enough. “It does seem rather outrageous not to have any women nominees, particularly after positive suggestions for ways to work for a solution,” says Dr. Judith Hall, an emerita professor in the departments of paediatrics and medical genetics at the University of British Columbia, who will be inducted into the Canadian Medical Hall of Fame on April 23. Hall says awards like these must recognize the very best and that is more likely to happen if outstanding female nominees are encouraged, since women are less likely to be comfortable asking to be nominated.

When asked why no women were finalists, Bouffard said: “Inductees are a reflection of their times. Our Hall of Fame reflects the nominations the museum receives.” Of 60 people named to the Hall of Fame since it was founded in 1991, 11 are women. One of the nominating criteria is “to promote role models that will help attract young Canadians to careers in science, engineering and technology. The Hall of Fame’s website provides modules for teachers of students in Grades 4 to 10 that encourage young Canadians to study the life stories of its members.

U of T engineering professor and researcher Molly Shoichet, one of five recipients of the Women in Science award from UNESCO and the L’Oreal Foundation this year, is concerned by the implication that there aren’t any women who deserve to be nominated. “If the Hall of Fame doesn’t know about the fantastic Canadian female scientists who are internationally renowned and would be great inductees, that’s a commentary on the Hall of Fame.”

Shoichet, renowned for her groundbreaking work in applying engineering principles to medical problems such as delivering drugs directly to the brain, says Canada has made significant strides in improving the number of women enrolling in science and engineering programs over the past few years. For example, 30 per cent, or 420 people, in the University of Toronto’s first-year engineering class are female, the highest proportion ever. UBC also posted record numbers this year, with women making up 29% of its 848-member first-year engineering class—a 61 per cent increase since 2010. According to a 2014 report from Engineers Canada, a little more than 35,000 of its 248,000 members identified as women, or about 14 per cent. While the trend is better in the sciences, there is still room for improvement. In 2011, Statistics Canada figures show that 39 per cent of university graduates aged 25-34 held degrees in science, technology, math and engineering despite the fact that 25-34 year-old women made up 66 per cent of university graduates nationwide. According to UNESCO statistics, in 2014, women made up 30% of the world’s scientific researchers. “Things are getting better, but we can always do more, and recognizing amazing women who have earned it is really important so that young women can see what is possible,” says Larissa Vingilis-Jaremko, the president of Canadian Association for Girls in Science.

As the names of the four finalists have not been publicly announced, and Illes and Anderson resigned promptly upon learning there were no female finalists, both feel there is time to reconsider the nominees. “Role models are especially important for young women in science and engineering. Women leaders must be advanced as nominees and winners in important competitions such as these to encourage these future leaders,” says Illes. Anyone can nominate an engineer or scientist; they must write a 500-word statement of support and submit three letters of recommendation from other people.

Dr. Shoichet is throwing her support behind Anderson and Illes in asking the committee’s six remaining members to re-open the nominations. “[They’ve] brought the attention of the public and of the scientific community to this real issue and so I think there’s a real opportunity to change. Why not take that opportunity seriously?”