Time out: Readers respond to 'the collapse of parenting'

Our story on the collapse of parenting went viral — and touched some nerves. In this video, Cathy Gulli gives voice to her harshest critics 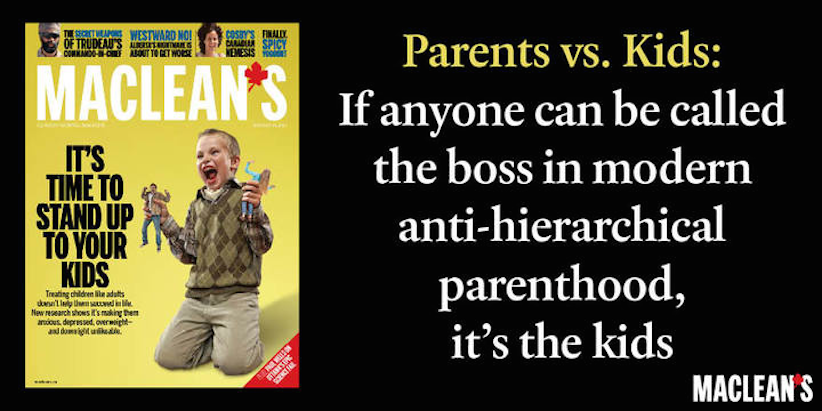 Turns out a story about the collapse of parenting makes some parents uncomfortable—and, dare we say, a little defensive. Maclean’s associate editor Cathy Gulli, who wrote the piece that went viral, found herself on the receiving end of some harsh criticism. So she went on camera and gave voice to those critics.

We also heard from engaged readers during a live chat featuring Gulli and Dr. Leonard Sax, an American psychologist, physician, and the author of The collapse of parenting: How we hurt our kids when we treat them like grown-ups.

Missed the live chat? Catch up with our replay.