His sulky, disdainful behaviour puts a damper on the 70th anniversary 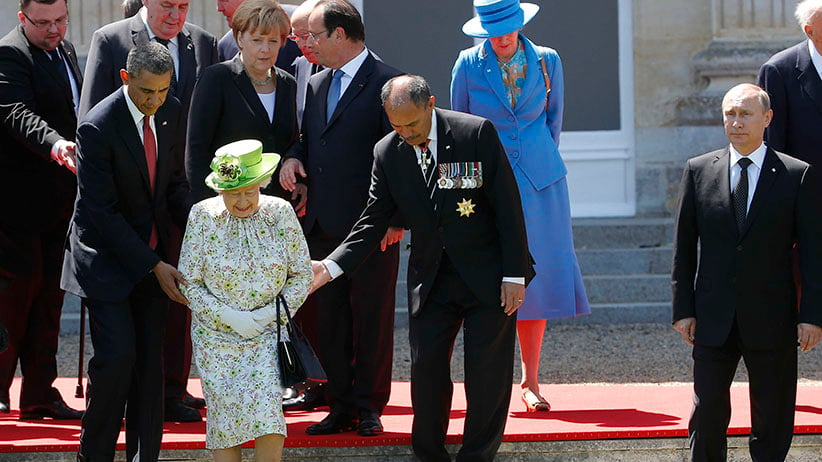 The isolation of Russian President Vladimir Putin was on full display in Normandy, France, during the 70th anniversary commemorations of D-Day. He’s alienated Europe by invading Ukraine, gobbling up Crimea, and he is now destabilizing the east of that country. Yet, since Russia was an important ally during the Second World War, Putin gets a front-row position for the D-Day events.

Like a dyspeptic uncle at a family reunion, he didn’t even try to hide his boredom and disdain for those around him.

As Queen Elizabeth II, 88, negotiated steps to her position in the official world leaders’ photo op, he ignored her completely. It was left to U.S. President Barack Obama and New Zealand’s Governor General Jerry Mateparae to extend helping hands to the octogenarian. Perhaps Putin was irked that she was the centre of attention, and, as the only head of state at the event who served during the war, even outranked French President François Hollande at the later events on the beaches of Normandy. Maybe he’s still miffed that her son, Prince Charles, compared the Russian leader’s actions in Ukraine to those of Hitler during the Second World War.

Certainly the protocol officials knew it was going to be a difficult task figuring out where to position him during events so as not to displease another world leader. No doubt they counted their blessings that Queen Elizabeth II and her cousin, Denmark’s Queen Margrethe, were there to provide buffer room. At lunch he was kept well away from Barack Obama—as if they were two kids relegated to opposite sides of the sandbox—with both queens and Hollande giving the two lots of space. If things got testy, he’d have to go through not one but two steely monarchs. He may be in good shape, but in a diplomatic fight, it wouldn’t do to bet against the two long-serving sovereigns. 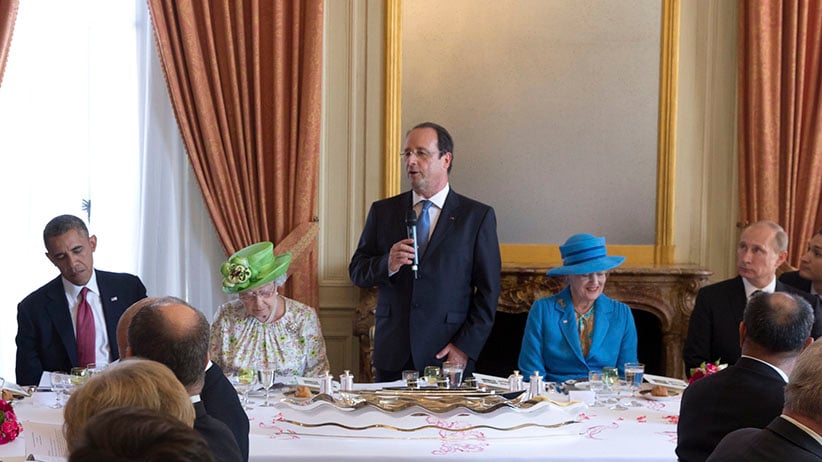 The sulky behaviour continued throughout the day. One wonders why he didn’t send a deputy and spend his time riding a horse, shirtless.