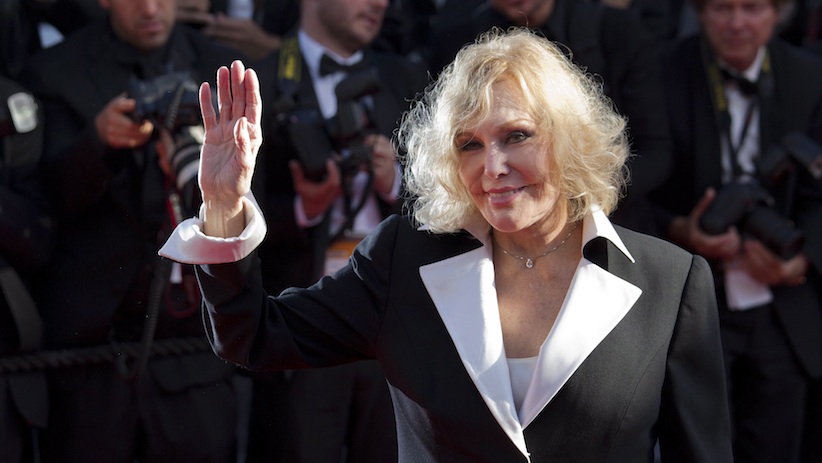 Hollywood is a brutal place for women, particularly human women who age (read:  hit their 30th birthday).  The topic received endless airing in the aftermath of the Oscars, where we saw a torrent of snarky, cruel and concerned responses to the presence of older actresses who appeared to have what is euphemistically known as “work done.” The primary—but far from sole—target of derision was presenter Kim Novak, the 81-year-old former actress who dared step out of anonymity to remind people she was no longer 25 only to endure jabs from the likes of the celebrated vulgarian and comb-over virtuoso Donald Trump.

Much of the commentary was well-intentioned—a lament for a culture so youth-obsessed it propels people to f— with their faces in a bid to hang on to their younger, more valued selves. In the Toronto Star, Judith Timson wrote compassionately of being “haunted by the female faces there that were so surgically altered they were shocking.” Yet what emerged from all the coverage was a judgmental two-tiered value system, with kudos for actresses who “age gracefully” (the Judi Denches, Diane Keatons, Helen Mirrens and Meryl Streeps whose faces aren’t swollen with plastics or ratcheted tighter than Rob Ford in Greektown) and brickbats for those who’ve crossed over to the Jocelyn Wildenstein dark side with faces so frozen they talk like a stroke victim. The result is an odd double standard: it would seem many of the same people who would rush to defend a woman’s right to reproductive choice question her right to choose to do what she wants with her face.

Of course, looking to Hollywood for perspective on this matter is pointless. Actors have answered the siren song of cosmetic surgery long before the mass-market was lining up for Juvéderm. And they offer no shortage of cautionary tales—beginning with Mary Pickford’s face-lift in the 1930s that rendered her unable to smile. (This archived article from 1937 offers a glimpse at how insane the upkeep standards were even then; it casually mentions now-forgotten stars who dieted to death.) In the 1950s, Novak faced typical bootcamp rigors as an ingénue, as Amanda Hess points out in Slate: studio executives forced her to cap her teeth, bleach her hair, go on a strict diet and exercise regimen, and employ a personal makeup artist. “I wonder where she got the idea that she mattered for her looks?” Hess asks rhetorically.

Cosmetic surgery is presented as a feminist issue, but Hollywood reminds us it’s not, given the long list of men who’ve obviously gone under the knife or needle—from Gary Cooper to Mickey Rourke to Billy Crystal to Michael Douglas. And it’s not only actors, according to a report in Friday’s New York Post‘s gossip column Page Six that claims 61-year-old NBC sportscaster Bob Costas was forced to take a six-day absence from Sochi coverage because he’d contracted viral conjunctivitis, or  “pink eye” from Botox. “Bob’s eye infection was due to botched Botox,” an unnamed “source” told the paper. “This isn’t the first time he’s had it.” A NBC spokesperson was quick to deny: “This has zero truth to this. Zero.”  What “zero truth” is also unclear: That Costas had Botox? Or that his Botox caused pink eye?

If Costas did submit to a few shots of the face-freezing poison no one would be surprised. The Olympics is the Oscars of sports—if you’re a broadcaster, all eyes are on you. There’s pressure to look lineless and seal-smooth for high-def TV. And wrinkles are more distracting than pink eye, a terrifying glimpse into the maw of looming death, not to mention buzz kill for advertisers.

Costas has yet to weigh in on this tempest in a teapot, and no one should hold their breath. Meanwhile, doctors have said that getting pink eye from Botox, which has plenty of other potential side effects, is unusual. Far less unusual, however, is the spectre of a 60-something sports guy submitting to cosmetic procedures. And that’s why a man long described as “ageless” is a far more interesting springboard into a discussion about how cosmetic procedures have infiltrated popular culture than a Hollywood legend whose career hinged on her beauty. Already, there’s a predictable Costas backlash: “I feel obliged to tell you that it appears as if you are a few nips and tucks away from looking better than your wax statue at Madame Tussauds,” Meredith Carroll wrote in a letter to the sportscaster in the Huffington Post. She means it as criticism. How many will see it that way is another question altogether.